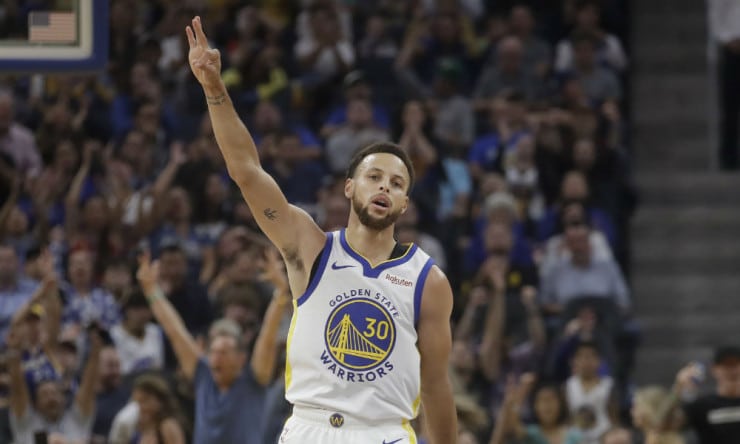 Often the NBA’s biggest flop, the New York Knicks have been significantly better-than-expected to start the 2020-21 season. They’ve won eight of their first 16 games and have surrendered the fewest points per game on the season, placing them squarely in the Eastern Conference playoff picture.

That said, they’re not out of the woods yet; with much of the season left to play, the Knicks are devoid of any meaningful offensive weapons. Additionally, the roster features a number of high-quality veterans whose deals are set to expire, the kind of players that contenders like to fill out their rotations with down the stretch, so the roster could look much different at the end of the year than it does now.

So, the Knicks are expected to be active on the trade front, again – no surprise there. But this year could be among the last in which the Knicks are sellers at the deadline. And, while moving some of those veterans for future assets is smart, the Knicks may also want to look at players they can add to bolster that future further.

Of course, New York shouldn’t go all-in for Bradley Beal — they’re not there yet — but there are a number of restricted free agents to-be that would fit both their roster and timeline nicely.

But why give away assets to acquire someone that the team could sign outright in just a few months? It may sound counterintuitive to add a player that’s about to hit free agency, restricted or otherwise, but procuring that player’s Bird rights, an exception in the NBA’s Collective Bargaining Agreement that allows teams to go over the salary cap to re-sign their own players (not to mention offer them an extra contract year and bigger raises), can be key to securing a player’s services and building a long-term contender.

Further, the 2021 free agent market isn’t might not live up to expectation, with many presumed free agents already agreed to extensions. So, with that in mind, which players should the Knicks pursue via trade prior to the March 25 trade deadline?

Collins’ production is down this season, but that has nothing to do with his ability. A 23-year-old stretch-four who’s shooting 35% on three-point attempts, Collins is big, athletic, can score the ball (16.7 points per game this season) and is a great rebounder (7.5 per game). He also connects on 80% of his free-throw attempts.

Despite those impressive stats, Collins was even more productive last season, averaging 21.6 points on better than 40% three-point shooting and collecting 10.1 rebounds per game.

But the Hawks rotation has become increasingly crowded this year. They added Danilo Gallinari and rookie big man Oneyeka Okongwu, the sixth overall pick in the 2020 NBA Draft, to the frontcourt this offseason, while Collins was already vying for minutes with Clint Capella, who Atlanta added via trade last season. Cam Reddish, a second-year wing who is versatile enough to play some power forward, has also stolen some of Collins’ potential minutes.

So, as much as the Hawks seem to like Collins, he may be a luxury they can do without. He’ll obviously demand a relatively high-priced contract. The fact that Atlanta and Collins failed to reach an extension last summer would also seem to make a reunion less likely; would the Hawks invest so heavily in him now that they have three players at the position signed through at least the 2022-23 season? Further, could they invest even if they wanted to at this point? The Hawks are already committed to more than $100 million next season and, with Trae Young and Kevin Huerter extensions on the horizon, they might be hard-pressed to scrounge for the cash Collins would want in a new deal.

He won’t come cheap, for sure. But, while Julius Randle fans may not love the idea of bringing in his replacement, Collins is simply a better long-term solution.

The point guard position has been a sore spot for the Knicks for some time. And while Ball might not be the franchise cornerstone that many hoped he’d become, adding a young player with his upside is clearly a positive move.

Granted, Ball is inherently flawed. His jump shot appeared to be much improved last season and he’s showcased a significantly improved shooting form from years past. But he’s struggled in the new season, shooting only 28% on three-point attempts (down from 37.5% last season). In fact, he’s struggled on the whole on the offensive side of the ball, posting just 11.9 points and 4.4 assists per game (a career-low). He’s also missed some time with knee soreness and moved to more of an off-the-ball role as new head coach Stan Van Gundy has put the ball in the hands of Brandon Ingram more and more.

But, with New York, Ball would step into a significant role immediately. For his career, Ball is a net-positive player and, despite his shooting woes, has posted a positive VORP every year he’s been in the league, save for this season. He’s an above-average defender and, while he does need to ball in his hands, he doesn’t necessarily need to take shots to be effective.

Ball may never become the All-World caliber guard many pegged him as before the 2017 NBA Draft, but he’s better than any other option currently at the Knicks disposal. And, best of all, his trade value is arguably as low as it’s ever been. So, while the Pelicans won’t just give him away, New York should do what they can to acquire him for a reasonable price.

Last but not least, the surprise from the 2018-19 rookie class. Graham is possibly the hardest sell on this list, but it’s not for a lack of talent.

Graham burst onto the scene last season, posting an impressive sophomore campaign of 18.2 points and 6.4 assists per game. Unfortunately, those numbers have taken a drastic dip this season with the arrival of Gordon Hayward and the highly-touted rookie LaMelo Ball in Charlotte. Likewise, Graham’s struggles through the Hornets’ first 10 games limited his opportunities further.

That said, he would appear to be done slumping, as he’s connected on 43% of his attempts from deep in the team’s last two games.

But his efficiency wouldn’t be the main challenge when constructing a Graham trade. Instead, some in New York could be concerned with lack of size – Graham is only 6-foot-1 – and his inability to act as a facilitator at the guard spot.

But Graham is talented, plain and simple. In fact, he’s the exact kind of talent the Knicks should be looking to add right now. More specifically, Graham shot 37.3% on three-point attempts last season; the Knicks rank 21st in three-point percentage so far this season.

The Knicks could ultimately sit tight, swap a few veterans for future draft picks and rest assured that they’ve made enough progress by simply adding coach Tom Thibodeau. But they could and should be aggressive while they can. If New York can add one or more the players mentioned, they may not only build a brighter future, but improve on what the team could do this season. Either way, the Knicks look to be on a good trajectory, but every move they make from here on out can and will affect how quickly they make the leap from laughingstock to respectable contender.

Joker’s wild: Nuggets, Jokic agree to $270M deal
NBA rumors: Nets only willing to trade Kyrie Irving to Lakers under 1 condition
Can the Lakers steal John Wall from Clippers?
Rudy Gobert and Anthony Edwards might have awkward meeting with Timberwolves
Why Zach LaVine is the crown jewel of the 2022 NBA free agency class