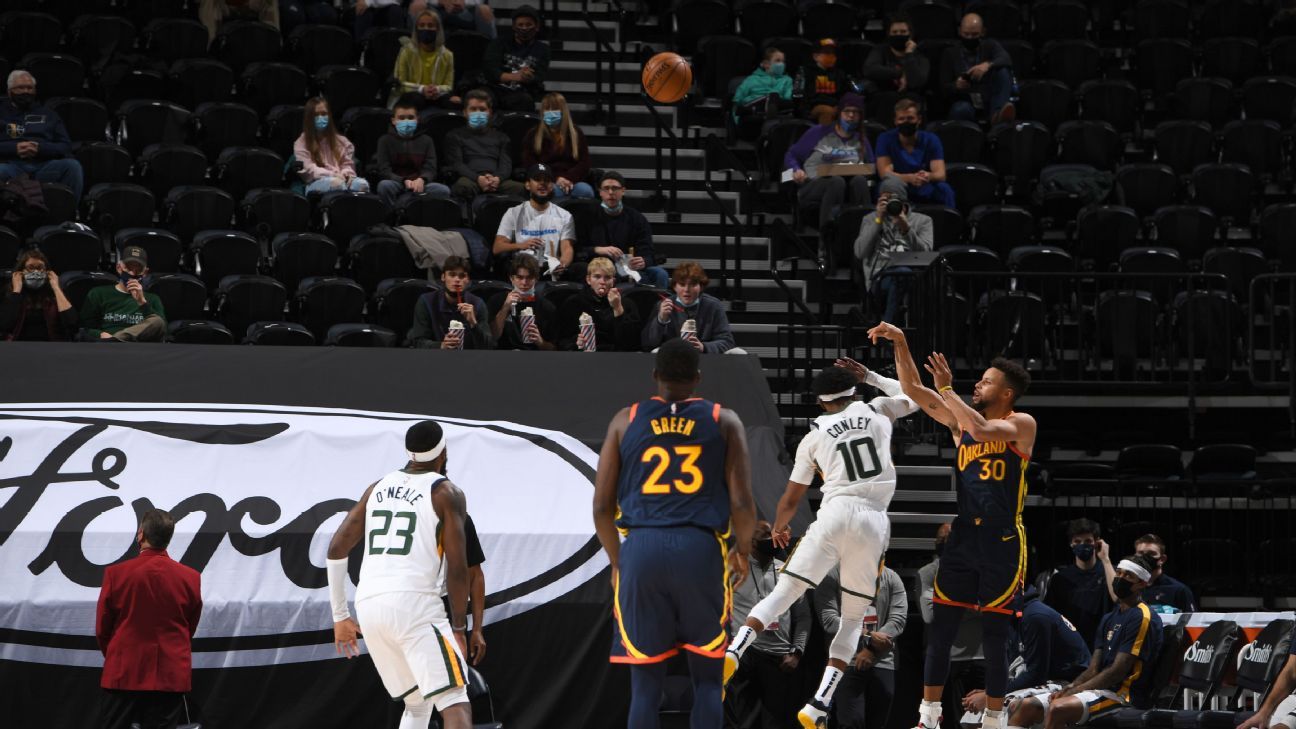 Golden State Warriors star guard Stephen Curry passed Hall of Famer Reggie Miller for the second-most made 3-pointers in NBA history after making his 2,561st career 3-pointer early in the second-half against the Utah Jazz on Saturday.

Curry entered the fourth quarter of the game 411 made 3-pointers behind Hall of Famer Ray Allen for the most in NBA history.

The record-breaking 3 came in fitting fashion. Curry drove into the lane early in the second half, kicked the ball out to Draymond Green on the wing, relocated in the corner and nailed the shot off a quick pass from Green.

“What defines Steph is his ability to hit the 3s on or off the dribble,” Warriors coach Steve Kerr said prior to Saturday’s game during a video conference with reporters. “Either on the dribble with all of his movement or playing off the ball and that’s probably where he and Ray Allen are most alike. Reggie was much more an off-ball, catch and shoot 3-point guy. Shoot off pin downs and curls and that sort of thing.”

“But Steph and Ray in my mind are the two greatest ever in terms of the diversity of their 3-point shots, which is why they’re going to be atop that list,” Kerr said. “The ability to shoot it in so many different ways is just an incredible threat for defenses to have to deal with.

“So I’ve just been blessed to coach Steph and watch him play all these years and to enjoy the show like everybody else. And also get to know him so well and experience what it’s like to lead a team with Steph. It’s an unbelievable luxury to have a leader like him.”

Curry, 32, has changed the modern game in how far he has extended the range for himself and younger shooters who have come after him. He takes great pride in the time he has invested into his own game to become arguably the greatest shooter in basketball history. Curry’s intricate pre-game routine has become a show unto itself through the years, but it’s his shooting regimen on the practice floor that Warriors officials have marveled at over time.

Curry’s coach at Davidson College, Bob McKillop, explained the ways in which he feels Curry has changed the game most over time.

“Well, the first change is that he brings great joy,” Mckillop told ESPN in 2019. “And I think that resonates with the Warriors. They play joyfully. Steve Kerr coaches joyfully. That starts with Stephen. So that’s number one.

Sovereign wealth funds signal a new era in NBA ownership?
Gobert ejected for tripping Thunder’s Williams
5 NBA players who could be traded before the end of December
Wizards’ Beal out 1 week with hamstring strain
3 moves the Heat can make to turn their season around