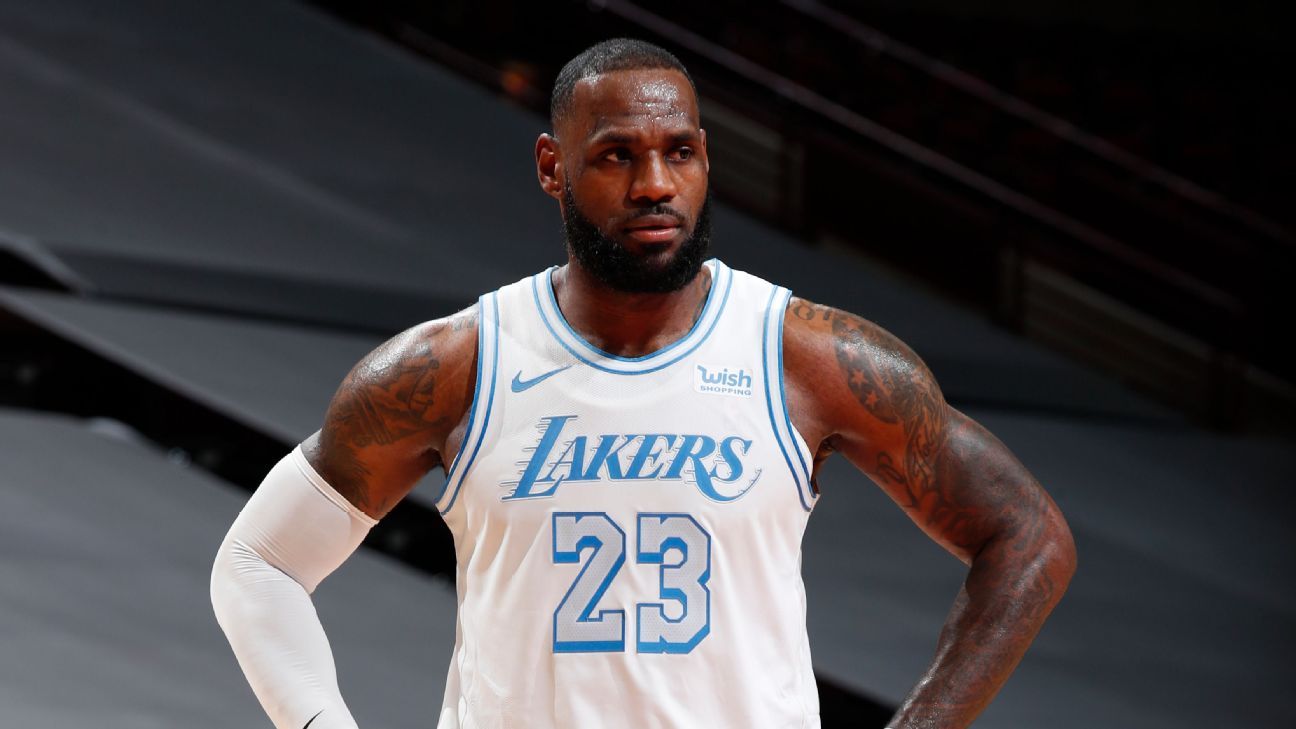 Three-hundred and sixty-three days following Kobe Bryant’s death and 104 days after winning the championship in his honor, the Los Angeles Lakers‘ co-captains, LeBron James and Anthony Davis, reflected on the time that’s passed since the world lost Bryant.

“Man, it’s a saying that time heals all,” James said after a win over the Chicago Bulls on Saturday at the United Center, where Bryant’s idol, Michael Jordan, used to play. “And as devastating and as tragic as it was and still is to all of us involved with it, only time. And it takes time. Everyone has their own grieving process.”

Many inside the Lakers and in Bryant’s family and close circle of friends are still in mourning, as if the helicopter crash, which killed 41-year-old Bryant, his 13-year-old daughter, Gianna, and seven others, was a recent occurrence.

“As we approach his one-year anniversary, it saddens our hearts to actually come to the realization that he’s gone,” Davis said. “I know I still have trouble with it, you still just can’t believe it.”

With emotions still raw, the Lakers organization has no plans to make this Tuesday, Jan. 26, any more difficult than it already will be by placing any further emphasis on the anniversary, sources told ESPN. There will be no Black Mamba uniforms worn on Monday in Cleveland, the day before the anniversary, or Wednesday in Philadelphia, the day after. There will be no formal tribute rolled out, which could potentially draw more attention to the harrowing details of the accident and cause more trauma than healing.

The Lakers’ team will continue to pay homage to Bryant in the subtle ways many of its players have since last season: with pairs of Bryant’s signature sneakers on their feet, with a No. 24 finger sleeve on James’ hand, with Bryant’s nickname unifying the group in every huddle.

“To this day, it’s, ‘Mamba on three!’ anytime we bring it in because we still want to recognize that he’s a part of our organization,” Davis said. “And ever since the tragedy happened, we had a mindset that this is bigger than, you know, ourselves.”

James was asked about Bryant during several postgame news conferences this week and invited conversation about the Laker luminary’s life, but he was reticent to dwell on the circumstances surrounding Bryant’s death.

“I try not to put myself back in that headspace, because it’s just too dark,” James said, “for not only myself but for our organization and for everyone that’s involved in it.”

“I’m not comfortable talking about it,” Gasol said. “I’m sorry. Still to this day, I have never really talked about it.”

But bring up how Bryant’s game mirrored Jordan’s? That was something James readily weighed in on, if only for the sake of Bryant’s basketball legacy.

“I only looked at Kobe for him,” James said. “And obviously you’ve seen a lot of the similarities between him and Mike, but I appreciated Kobe’s game for Kobe’s game. The way he played the game, the finesse that he played with, the ball-handling capabilities, the shooting, everything that he possessed on the floor — I respected him for who he was as a player and what he was able to bring onto the floor.

“The fact that he was able to take some things from MJ and look at some of MJ’s DNA and actually be able to do it — a lot of people try to do that, a lot of people wish they could take things from some of the greats, implement them into their game and then be successful, they just can’t. They don’t have the ability to do it. They don’t have the drive to do it, the mindset to do it. But he actually did it and did it at a high level for a long, long, long time. And you can respect that.”

And Davis marveled at the magnitude of Bryant’s lasting impact, an influence so omnipresent that the Lakers star big man never fully comprehended it while Bryant was still alive.

“I didn’t know, and I know he was very, very known and popular, but I didn’t know he impacted so many people’s lives outside of basketball,” Davis said. “From soccer, to football, to players overseas, to people who don’t even play sports, they’re always talking about the ‘Mamba Mentality.’ I didn’t know how impactful he was worldwide. … I just didn’t realize how many people he impacted worldwide that’s outside the basketball community.”

This season’s Lakers team is in pursuit of a repeat title to pair with the one it dedicated to Bryant’s memory.

“When the tragedy happened, it was more so, you know, ‘Let’s do it for him,'” Davis said. “And that’s what we ended up doing all last year. … We know we fought to the end for a purpose and it wasn’t just for ourselves. It was for the Bryant family. And we were able to get that accomplished.”

While Bryant remains on the Lakers minds and in their hearts, James said that Bryant will be remembered because he’s not just being carried by his former franchise, but by the people all over the planet he once thrived in.

“There’s a lot of things that die in this world, but legends never die, and he’s exactly that,” James said. “So it’s all about representing that.”