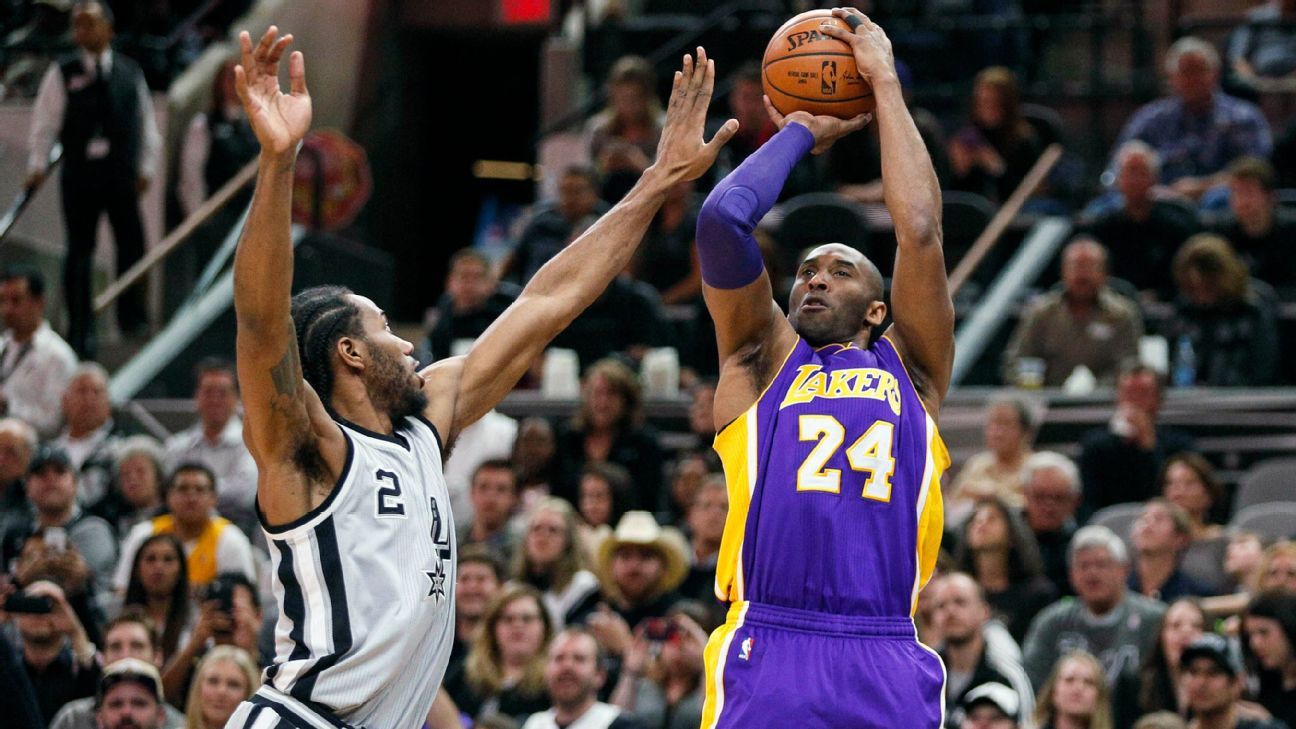 In the 1980s, Michael Jordan launched a stylistic revolution in pro basketball. While not the first great wing player in the sport, Jordan was the first one to absolutely dominate the association.

His epic battles versus the Detroit Pistons, Boston Celtics, Los Angeles Lakers and Utah Jazz weren’t just battles for the Larry O’Brien Trophy — they were battles for the future direction of the sport. MJ won, allowing jump-shooting perimeter players to take over the NBA.

In 1992, at the apex of Jordanmania in America, Gatorade launched a legendary ad campaign that challenged every young hooper to “Be Like Mike.” Out of the millions who tried, only one ever even came close. That was Kobe Bryant, who made his NBA debut with the Los Angeles Lakers a few years later. Bryant successfully extended the stylistic revolution Jordan started in the ’80s and ’90s deep into the 2000s. The torch was passed.

Bryant has left multiple important legacies since his death a year ago, but the imprint he left on the look and feel of modern pro basketball is among the most lasting.

Jordan and Bryant shared a rare friendship and a number of tactical similarities that will forever link the two all-time greats. Their back-to-back careers also reshaped basketball greatness at the highest levels. After a generation of young players grew up idolizing MJ, the next crop fell for Bryant.

Both players transcended typical sports dominance by pairing their championships, their MVP awards and their scoring titles with aesthetic magnificence. These guys didn’t just dominate the best league on the planet, they also made that domination look cool as hell. The bold fadeaways, the tongue-hanging, the confident showmanship — all of that was impossible to ignore as the league’s up-and-coming stars developed their own styles.

By owning both the standings and SportsCenter, the tandem wrestled control of the NBA away from plodding big players and handed it over to versatile, shot-creating wings. They made pro hoops faster, wide open and, most of all, they made it more beautiful.

In the 25 years leading up to Jordan’s rookie year, games were won and lost in the crowded trenches, as the NBA handed out its MVP award to centers 21 times. In the past 25 years, that has happened just once.

Many of these stars used Bryant’s success as their own roadmap to the NBA.

Entering the 2011 NBA draft, DraftExpress pegged San Diego State’s Leonard as the best wing in the class but flagged a few major issues with his game, namely his shooting.

Leonard was selected with the No. 15 pick by the Indiana Pacers before being traded to the San Antonio Spurs. Nobody doubted Leonard’s competitive spirit, his defense or his work ethic, yet the numbers didn’t lie — his jumper needed a lot of improvement.

Leonard and the Spurs had only a week together before a 161-day NBA lockout outlawed any contact between players and coaches. Chip Engelland, the Spurs’ renowned shooting coach, hatched a plan. After studying Leonard’s mechanics, he pulled a few images of Bryant to show Leonard, who converted fewer than 30% of his 3s in college in part because of his awkward overhead shooting release.

Engelland had always admired Bryant’s form, and so did his star pupil. Despite the fact that the Spurs and Lakers were engaged in a decade-long battle for control of the Western Conference, Engelland and Leonard used their superstar rival as a template for what would become one of the most impressive player development arcs in the modern NBA. (Full disclosure: Engelland and I worked together on the Spurs from 2016 to 2018).

The shooting coach pointed out Bryant’s impeccable elbow placement, how he always got his arm underneath the ball, and challenged the rookie to mimic Bryant’s form as much as possible during the lockout months.

“[Bryant] was very aware of shooting technique,” Engelland told ESPN, recalling a conversation he and Bryant once had about shooting form. “Some people’s baseball swing, they just swing, while others are really aware of their swing. He was really aware of technique.”

Engelland and Leonard made rapid progress — in part because of Leonard’s immense talent and drive, but in part because they had identified a perfect model that both respected.

Defenders could easily affect Leonard’s shot when he was a rookie. One key step in Leonard’s development involved a slight increase in his release point.

“One summer he raised his release point, and that was a big thing; after that, I don’t know who gets his shot now,” Engelland said. “It’s Kobe-esque in that way. It’s hard to get to because he tilts when he leans back in his fadeaway. It’s very hard to block.”

Leonard has now become both a two-time Finals MVP and one of the most versatile scoring wings in the game. Poetically, he took home the first Kia NBA All-Star Game Kobe Bryant MVP Award in 2020. And Leonard’s biggest shot ever — which lifted the Raptors past the Sixers in Game 7 of the 2019 Eastern Conference semifinals — was pure Mamba. Leonard made it impossible to block, even for a superstar giant such as Joel Embiid.

“Your vision of Kobe isn’t typically an upright jump shot, it’s a tilted form, and Kawhi’s shot in Toronto exemplifies the ultimate tilt,” Engelland said. “That was a heck of a fallaway.”

Just like Jordan and Bryant had slayed their own share of centers and power forwards over their careers, this generation of new stars inspired by Bryant continues the trend. Centers are more replaceable than ever. Two-way scoring wings are vital.

Engelland noted that the similarities between Bryant and Leonard don’t end with mechanics.

That brings us to one other way we see Bryant’s legacy in today’s game: immense superstar pressure in crunch time. The Hall of Famer attempted 2,028 clutch-time shots — defined as a shot when the score is within five points in the final five minutes of the fourth quarter or overtime. That is the most of any players over the past 25 seasons. Including the playoffs, Bryant attempted 89 go-ahead shots inside the final 10 seconds of the fourth quarter or OT — the most by any player over the same span.

A few years ago, Chris Paul recalled how one of Bryant’s iconic gamer winners — his elbow jumper vs. the Phoenix Suns in the 2006 playoffs — stuck with him.

“Kobe never even looked at the rim,” Paul said. “It’s like he was getting to a spot. Looking at that play, it’s like there was an ‘X’ somewhere on the court and Kobe was like, ‘Once I get to it, I’m like, boom.'”

That approach went on to influence one of Paul’s own memorable moments: his unbelievable Game 7 winner against the Spurs in the first round of the 2015 playoffs — perhaps Paul’s finest shot ever. Even the Point God knew when it was time to do it himself.

Late in his career, Bryant embraced a mentor role for dozens of younger players, including Leonard. He advised them about basketball and business. He worked out with players in the offseason, challenging them to practice harder, prepare better, respect their bodies and consider their mental approach.

Those lessons will be all over the court Wednesday night when Kobe’s Lakers visit the Philadelphia 76ers, and that legacy of the Mamba Mentality isn’t going anywhere.