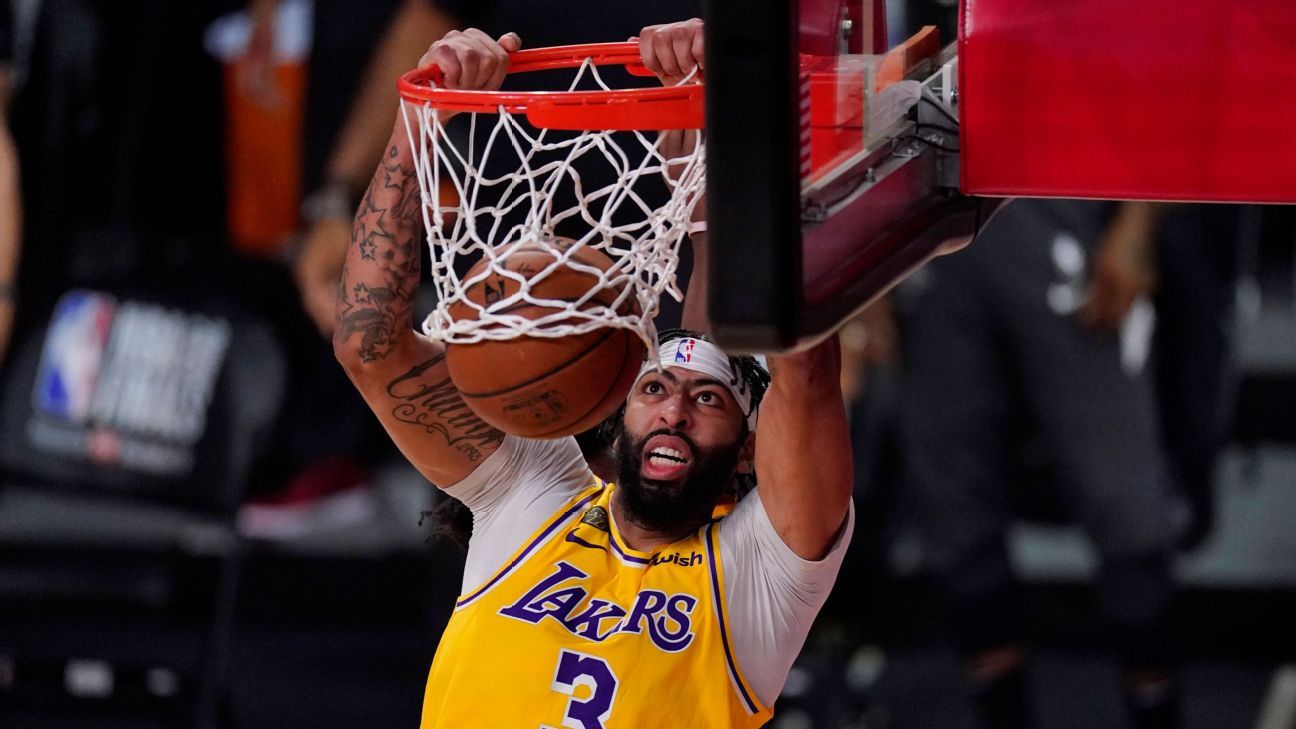 Anthony Davis will sit out Thursday’s game against the Detroit Pistons with a bruised right quad, the team announced.

Davis was asked about his right leg, which he seemed to be favoring in Wednesday’s 107-106 loss to the Philadelphia 76ers, and downplayed any discomfort he was experiencing.

“I had a little brush burn on my knee from the court and it was like bothering me on my tights, just rubbing against it, so I just tried to pull them tights up off of it,” he said. “But I feel physically fine. I feel fine and we have a long season to go.”

The Lakers are off to a hot start, with their 14-5 record placing them No. 2 in the Western Conference.

It will be Davis’ third missed game of the season, with all three as part of back-to-back situations. The Lakers won the two previous games without him.

LeBron James, who has played in every game for the Lakers this season, is listed as questionable because of a left ankle sprain he suffered earlier in the season.