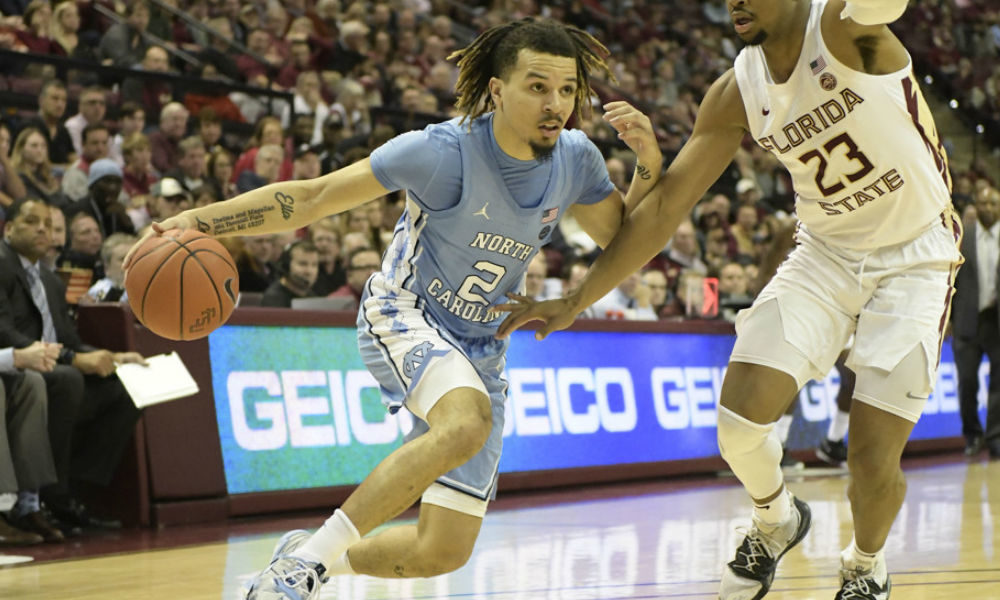 Many eyebrows were raised when Gordon Hayward decided to join the Charlotte Hornets this offseason. Most figured a return home to play for the Indiana Pacers was where the next chapter of his career would take place. But, when a potential deal with Indiana fell through, the Hornets became a reality. Maybe it was the lure of playing for Michael Jordan or just the opportunity for a fresh start where he could realize his full potential.

Either way, Hayward has proved himself to be the guy once again.

Shortly after Thanksgiving, Hayward signed a four-year deal with Charlotte for $120 million. At the time, it seemed like a heavy price to pay for a player in his 30’s that has endured so many injuries so recently in his career. Hornets fans went through this in 2019 with Terry Rozier’s sign-and-trade deal from the Boston Celtics for $56.7 million. The move for Charlotte almost felt desperate, like some sort of gamble they were willing to take.

But this signing has been different. Even before their deal, Hayward underwent a minor surgical procedure on his left foot to alleviate some discomfort he dealt with last year; the team was aware and still wanted to move forward with the deal, which speaks volumes as to how they felt about him as a player and how he would recover.

While Rozier was younger and seemed to have a high ceiling, Hayward is an established wing that has been an All-Star and the face of a franchise before. And, as we enter the quarter-mark of the 2020-21 season, it appears as though the team’s gamble has paid off quite nicely. Hayward is looked resurgent, averaging career-high numbers across the board after his injury-plagued stint in Boston.

With the Celtics, Hayward averaged 13.9 points per game, shot 36 percent from behind the arc, and got to the free throw line just 2.7 times per game. So far this season he is averaging more than 24 points per game, which is a career-best. His free throw attempts have nearly doubled and he is knocking down 43 percent of his three-pointers.

Hayward’s minutes have also increased significantly this year. And, in addition to his high percentage shooting, his 21.07 Player Efficiency Rating (PER) is a career-best.

The roster crunch at certain positions was a concern heading into the season, but head coach James Borrego has built a solid rotation that has allowed his team to maximize their potential. The Hornets have the ability to play big or go with a smaller lineup should the need arise. In fact, one of the major benefits of having Hayward is the ability to play him at multiple positions; having played alongside Jaylen Brown and Jason Tatum in Boston, Hayward is well versed in switching and matching up against both bigger and smaller opponents.

Charlotte’s defense has also been much better this year with Hayward on the floor. They rank in the top ten in terms of opponents scoring and top five in steals. Borrego has used various full-court press coverages, as well as an unusual zone defense in the half-court that eventually turns back into a man-to-man scheme.

Using different lineups, the Hornets have been able to utilize guys like PJ Washington and Miles Bridges who, in turn, have ignited their offense. If LaMelo Ball is not in the game, Charlotte can still play their two smaller guards, Rozier and Devonte’ Graham, with Hayward often serving as the primary ball-handler. With him running the offense, it allows those two to do what they do best: shoot the ball.

As a team, the Hornets aren’t exactly elite offensively. They are strong in certain areas, but they also rank near the bottom of the league in scoring, field goals made, field goal percentage and free throw percentage. In order to win close games, there are times where they need Hayward to just take over — and he’s proven on multiple occasions that he is still more than capable of doing just that. Hayward has actually been on quite a roll lately, scoring the ball at an incredible clip. Two weeks ago he put up 34 points in a blowout of the New York Knicks. Later, he had another 34-point performance against the Chicago Bulls. He also scored 39 points, including the game-winning layup, against the Orlando Magic. His season-high came earlier in the month where he posted 44 points in a victory against the Atlanta Hawks.

The individual scoring by Hayward has been impressive, but it hasn’t hampered their offensive rhythm at all. In fact, the Hornets currently average 28.3 assists per game, which is the best in the league.

It hasn’t all been sunshine and rainbows in Buzz City. The success on the court hasn’t necessarily translated to winning. After 17 games, their 7-10 record has them sitting in 12th place in the Eastern Conference standings. And, looking at their upcoming schedule, there could be some more bumps in the road.

Charlotte’s next two games are against the aforementioned Pacers. Later, the Hornets will host the Milwaukee Bucks and then head south to face the Miami HEAT, who should have their key pieces back on the floor. After that, they will have to face the Philadelphia 76ers, who own the best record in the conference. Following that game is a matchup with the red-hot Utah Jazz, who have won nine games in a row. Withstanding that rough stretch will be pivotal for this team, as they have now lost four of their last five games. These Hornets are a young group, but Hayward’s experience and the return of fellow Indiana-native Cody Zeller should allow them to win some of those games. Their season just might depend on it.

The Hornets are a fun team to watch. The jaw-dropping passes from Ball and the ridiculous highlight dunks by Bridges are must-see television, but their leader is proving he is worth every penny. Sure, Hayward has the massive contract, but he also has earned the opportunity to be a franchise player once again.

He isn’t the same All-Star player that he was in Utah. This version of Hayward is even better.