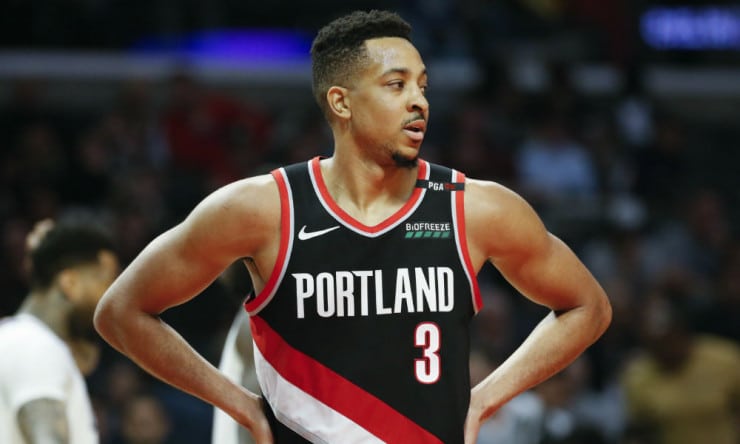 Next up in Basketball Insiders’ ICYMI series – where we’re taking a look at the biggest storylines that you may have missed from around the league – is the Central Division.

The Central is led by the Milwaukee Bucks and Indiana Pacers, two playoff teams last season that made aggressive offseason moves to improve this year. There’s also the Chicago Bulls and Cleveland Cavaliers, both teams that mostly look much better than they did a year ago so far. Finally, the Detroit Pistons made a number of offseason moves, but are on track for an early lottery draft pick this year.

So, who’s improved from the Central and how? What has potentially gone under the radar during these early parts of the season? Here’s what you might have missed.

The Indiana Pacers’ decision to part ways with head coach Nate McMillan following last year’s playoff loss was a surprise to some – after all, they’d made the playoffs in all four seasons under his tutelage. Unfortunately, those four appearances all ended in the first round with three coming via sweep.

Management decided the team needed a new leader to truly take the next steps forward, and they made a bold hire in Nate Bjorkgren. The former Raptors’ assistant is just what the Pacers needed to develop along with their still young core. With Bjorkgren leading the way, Indiana is moving toward an offensive powerhouse for years to come.

After ranking dead last in the NBA in three-point attempts per game last season, the Pacers have increased that number from 28 per game to 34.3 per game this year. There’s an obvious emphasis on analytics as they’re also taking significantly fewer mid-range shots than under McMillan.

That’s helped them move from a bottom ten to a top ten scoring team in the early part of the 2020-21 season. Even more impressive, that’s after who they’ve been without already this year.

Seeing how the team has produced without two lethal scorers in Warren and LeVert is very promising. Once they’re back to full health, the Pacers will be one of the most dangerous offensive teams in the league.

The Pistons’ Rotation Needs to Change

The Pistons weren’t expected to do much winning this season as they undergo the early stages of a full rebuild. A number of offseason moves they made raised eyebrows but could be justified for a franchise looking to rebuild everything from the bottom up.

But what can’t be justified is their current rotation and lineup decisions. Dwane Casey needs to shift his top priority to player development above all else. Regardless of who’s playing for Detroit, they’re not going to win very many games.

Why are five of their top six players in minutes per game just veterans that aren’t a part of the long-term plan? After Jerami Grant, who is 26 years old and due bags of money moving forward, the next five players are as follows: Blake Griffin (31), Delon Wright (28), Mason Plumlee (30), Wayne Ellington (33) and Derrick Rose (32).

Remember, this is a 4-14 team with a number of young players seeing little court time. That includes Sekou Doumbouya, 2019’s 15th overall pick, and, to a lesser extent, Saddiq Bey and Isaiah Stewart, 2020’s Nos. 19th and 20th overall picks. It’s only a matter of time before they get more playing time and the sooner it happens, the better off the Pistons will be long term.

The veterans should and will still be involved moving forward, but some are already on limited time in Detroit.

Derrick Rose is bound to get moved to a contender at some point before the trade deadline. Blake Griffin has been far too bad to justify 32 minutes per game. It’s understandable to be patient in most cases, but the Pistons have nothing to lose and everything to gain by giving their young talent more playing time.

The Cavaliers Established An Identity

The young gun Cavaliers entered this season desperately needing an identity on both ends of the court. Of course, they finished last year with the worst defensive rating in the league at 114.8. Offensively, only the Knicks scored fewer points per game.

It’s clear they’re working hard on both ends of the floor this season – and, suddenly, the future is looking much brighter in Cleveland.

On the defensive end, they’ve been extremely active in passing lanes and they’re forcing a league leading 17.8 turnovers per game. Using those forced turnovers as an easy offense, Cleveland is scoring 1.21 points per possession in transition and they’re shooting 59.1 percent on those possessions.

Of note, no team has more deflections than the Cavaliers so far. Larry Nance Jr., Andre Drummond, Isaac Okoro and Collin Sexton are leading the way with the activity and disruption of passing lanes.

Due to that activity, the Cavaliers are scoring over 20 percent of their total points in transition – and that’s a recipe for success. Given their blossoming transition offense and a buy-in defensively, Cleveland is ready to be one of the most improved teams in the NBA this year.

The Bulls have turned a corner offensively this year under new head coach Billy Donovan. Much of that stems from having a stud offensive threat like Zach LaVine, but the surrounding players are doing their part as well.

After a frustrating rookie campaign, Coby White has shown flashes in his first chance to fully be the team’s starting point guard. His playmaking and defense need improvement, but the flashes are enough to get fans more than excited. As a natural score-first athlete, White’s 5.6 assists per game bode well for the future.

Additionally, Lauri Markkanen is showing the potential that had people so excited after his rookie season again. He’s shooting the ball well after a few down years from behind the arc and appears to be an ideal floor stretcher at the very least. Both Markkanen and White have clearly benefited from the changes to the Bulls’ coaching staff.

They’re joined by rookie Patrick Williams, who the Bulls selected fourth overall in the 2020 NBA Draft. Williams is playing smart offensively and flashing his incredible upside on defense whenever he can.

Ultimately, Williams’ ability to knock down shots is certainly promising, and it’s great to see him not forcing it offensively. He’s aware of what his game is and what his strengths are – that’s a valuable asset for the Bulls both right now and long term.

The season is still young, but the Central Division has quickly become one of the league’s most exciting groups to watch. While Giannis Antetokounmpo, Myles Turner and Zach LaVine might be stealing most of the headlines, there’s plenty of up-and-comers, new coaching changes and challenging rebuilds to take stock in.