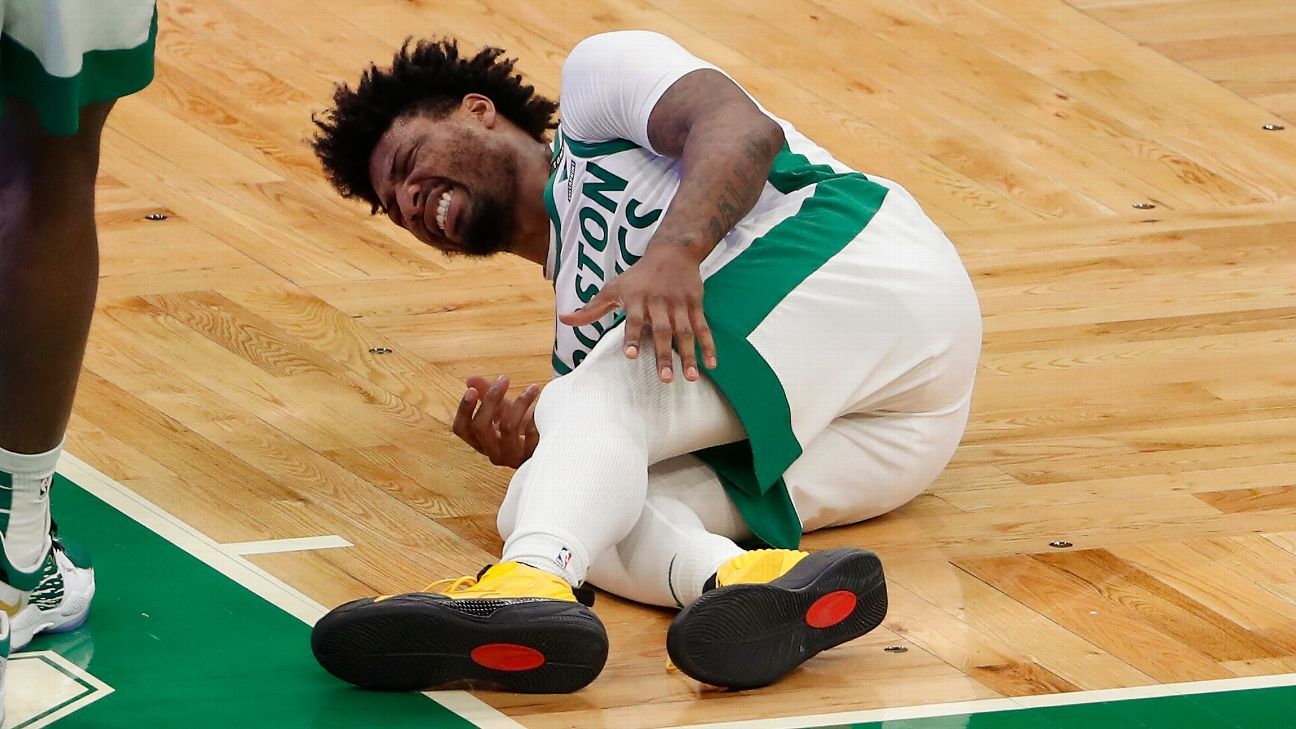 Smart underwent an MRI on Sunday after leaving in the fourth quarter of Boston’s 96-95 loss to the Los Angeles Lakers on Saturday with the injury.

Smart, who entered the game averaging 13.2 points and 6.0 assists — both career highs — didn’t appear to land on anyone’s foot when he came down in front of Boston’s bench after fighting for a rebound with 10 minutes, 31 seconds remaining in the fourth quarter. But after a moment, Smart grabbed the back of his left leg and collapsed to the ground, writhing in pain.

After Boston called timeout, Smart stayed down for a bit before eventually being helped off the court and immediately back to Boston’s locker room by two people on Boston’s staff. He put no weight at all on his left leg while being helped off.

Boston, which has lost two games in a row, leaves Monday for a five-game West Coast trip beginning Tuesday in San Francisco against the Golden State Warriors.