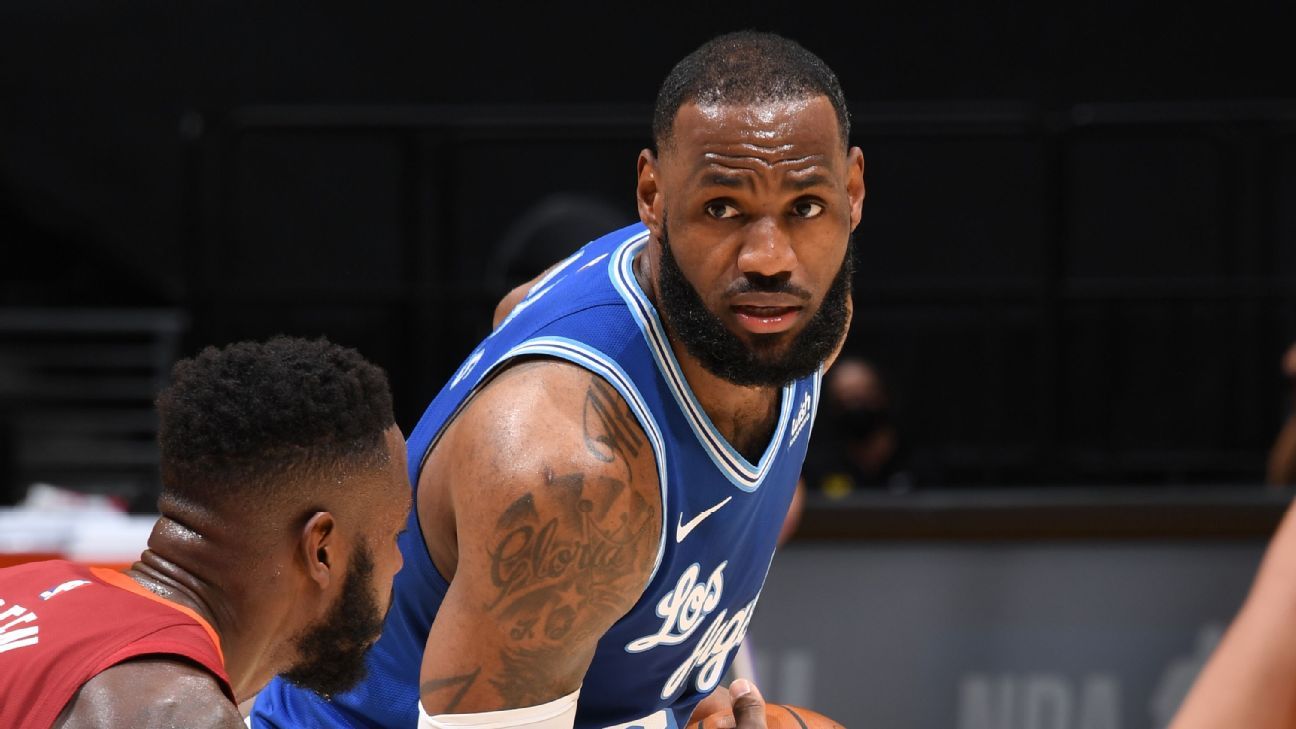 LOS ANGELES — The NBA’s most high-profile star, LeBron James, eviscerated the league’s plans to hold an All-Star Game in Atlanta in March while COVID-19 restrictions continue to have a grip on the regular season.

“I have zero energy and zero excitement about an All-Star Game this year,” James said after the Los Angeles Lakers‘ 114-93 win over the Denver Nuggets on Thursday. “I don’t even understand why we’re having an All-Star Game.”

James, 36, has played in the league’s showcase event in 16 of his 17 seasons in the league and, as a top vote-getter, was named a captain the past three seasons as the NBA went away from East vs. West and adopted a draft format to spice up the competition.

“Short offseason for myself and my teammates, 71 days,” James said, referring to the time the Lakers had from Game 6 of the NBA Finals in October to opening night against the L.A. Clippers in December. “And then coming into this season, we were told that we were not having an All-Star Game, so we’d have a nice little break. Five days [in March] from the 5th through the 10th, an opportunity for me to kind of recalibrate for the second half of the season. My teammates as well. Some of the guys in the league.

“And then they throw an All-Star Game on us like this and just breaks that all the way up. So, um, pretty much kind of a slap in the face.”

James also stated the obvious health concerns of staging the festivities in a place like Atlanta, Georgia, where there are less state-mandated coronavirus restrictions compared to other NBA locales around the country. The Atlanta Hawks, for instance, are one of only nine teams allowing fans at their home games this season.

“We’re also still dealing with a pandemic,” James said. “We’re still dealing with everything that’s been going on, and we’re going to bring the whole league into one city that’s open? Obviously, the pandemic has absolutely nothing to do with it at this point when it comes to that weekend.

“Obviously, you guys can see that I’m not very happy about it.”

While voicing his displeasure in no uncertain terms, James said he would report for the game if he were to be named an All-Star for the 17th straight season. James led the West with 2,288,676 votes in the league’s first voting returns announced earlier in the day on Thursday. Brooklyn’s Kevin Durant led the East with 2,302,705 votes, the only player in the league to receive more ballots than James.

“It’s the agreement that the players’ association and the league came about. … It’s out of my hands,” James said. “I’ll be there if I’m selected. But I’ll be there physically, but not mentally.”

Cavaliers’ Wade out month with shoulder sprain
Warriors’ Lamb named in relation to Title IX suit
Mavs blow out old friend Brunson, Knicks at MSG
Top NBA picks and predictions today (Clippers Can Cover, Value on Total in Nuggets-Blazers)
The Whiteboard: The case for the Pelicans as championship contenders