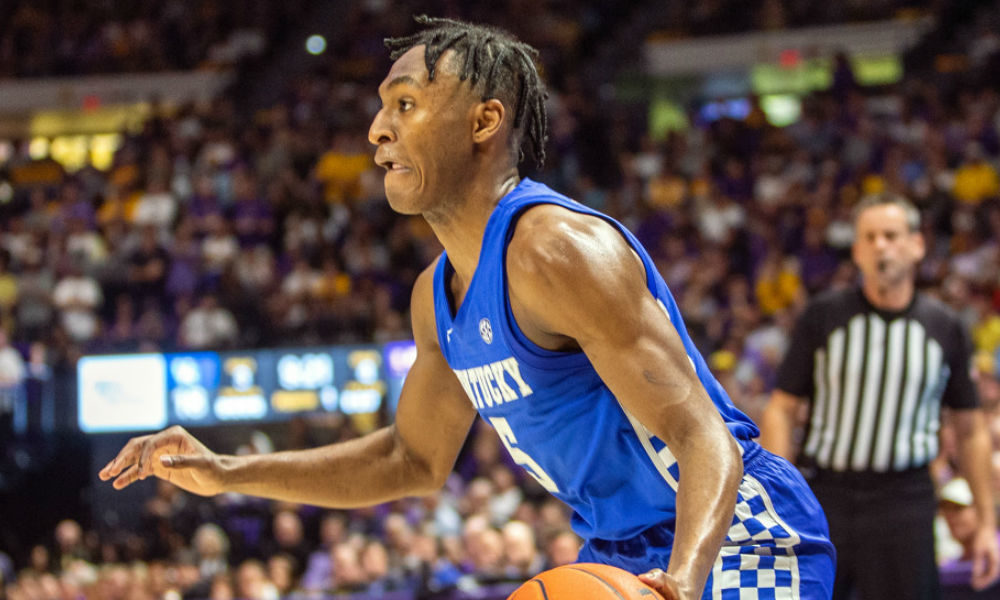 Just over a month into the 2020-2021 season, there have been some interesting storylines that have developed across the league. And, here at Basketball Insiders, we’ve been taking a division-by-division look at some of those developments that might have gone unnoticed to the general eye.

So far, the Pacific Division has shaped up a little bit as expected; the Los Angeles Lakers and Los Angeles Clippers have risen to the top of both the division and league standings, the Sacramento Kings are still a head-scratching mess and both the Phoenix Suns and Golden State Warriors, even without Klay Thompson, have either improved or, at the very least, been competitive. That isn’t to say the division has seen its fair share of surprises, however. But what, or who, has surprised, exactly? Let’s take a look.

There’s no question that the Clippers are one of the deepest teams in the league. They’ve got their two superstars in Kawhi Leonard and Paul George, while their versatile roster has given them the ability to play multiple different styles.

But what’s really stood out through the first month of the season are the contributions coming from the non-star veterans, specifically Reggie Jackson and Patrick Patterson. Neither player figured to be a regular in the team’s rotation to start the year and, for the most part, that’s held true. But a few recent injuries have opened up opportunities for both and they’ve taken full advantage.

Patrick Beverley, the Clippers starting point guard, is currently out with a knee injury. In his absence, Jackson has stepped in and provided the team with a huge boost. On Jan. 22, Jackson received a DNP against the Oklahoma City Thunder. He’s since been inserted into the starting lineup and has not only provided a steadying presence at the point guard position, but has been a consistent three-point shooter and solid defender as well. Jackson is currently shooting 39.1 percent from distance, the third-highest mark of his career.

Patterson figured to be even less involved for Clippers and, again, that’s mostly held true; Patterson has played in just eight games this season. But, when on the floor, he has flashed some solid production. After five-straight DNP’s, Patterson came off the bench on Jan. 17 in a win over the Indiana Pacers and contributed 10 points on 50 percent shooting from downtown. Later, in a start in the absence of Nicolas Batum on Jan. 31, Patterson chipped in 13 points on 5-5 from the field, including 3-3 from three-point range, in a win over the New York Knicks.

As the season progresses and rotations tighten, neither Jackson nor Patterson should figure to be a major cog in the rotation. But the fact that these two veteran are ready for whenever their name might be called would bode well for the Clippers come the postseason.

With that in mind, it’s been easy to miss some of their bright spots, including Richaun Holmes. In his time with the Philadelphia 76ers and Phoenix Suns, Holmes quietly established himself as one of the best backup centers in the NBA. But, this year, Holmes has emerged as a full-time starter for the Kings — and his production has soared.

Holmes is averaging a career-high in points (12.9), assists (2.0), blocked shots (1.8), field goal percentage (67.3 percent) and free-throw percentage (79.6 percent), while his 7.9 rebounds per game are also the second-best of his career. He’s become one of the best pick and roll bigs in the league and he’s a workhorse on the glass. Defensively, he’s been very effective as both a mobile big and rim protector.

And the Kings, who signed him to a two-year, $10 million deal back in July 2019, have him on a bargain of a deal for the rest of this season.

If he can keep up his current level of play, Holmes will be in line for a solid payday this offseason.

When the Suns took Cameron Johnson in the 2019 draft, there were questions as to whether they had made another boneheaded draft decision. Many considered Johnson little more than a shooter with relatively low upside, certainly not the lottery talent akin to where Phoenix had selected him.

But, as we fast-forward to this season, those critics couldn’t have been more wrong.

In his sophomore season, Johnson has emerged as a crucial part of an improved Suns squad with legitimate postseason aspirations. He started the season as a sparkplug off the bench but, on Jan. 18 against the Memphis Grizzlies, he entered Phoenix’s starting lineup and hasn’t looked back. Since, Johnson has averaged 9.7 points per game.

Johnson has certainly lived up to his college reputation as a shooter, but what’s truly been impressive is his willingness to put the ball on the floor and attack the basket. It’s not his best mode of attack, but Johnson has improved tremendously on the drive and, at times, has even looked like a seasoned veteran attacking the paint.

In any case, he’s become an overall dependable player for the Suns, the kind of player they’ll need to get back to the postseason for the first time since the 2009-10 season and be any sort of contender once they get there.

As it stands, these guys have been flying under the radar a little bit to too much for the fans at large, but they certainly have been noticed by their teams. But they won’t be the only ones; as the season progresses, more and more players or storylines should pop up and surprise us. Make sure to keep an eye out for them.

AD: Lakers ‘cheated’ by late missed call vs. C’s
The Whiteboard: Ranking buyers and sellers at the NBA Trade Deadline
The Celtics have been the one constant in LeBron’s career
NBA Fan Fiction: The story of Patrick Beverley’s watch
Raptors vs. Trail Blazers prediction and odds for Saturday, January 28 (Defense is optional)