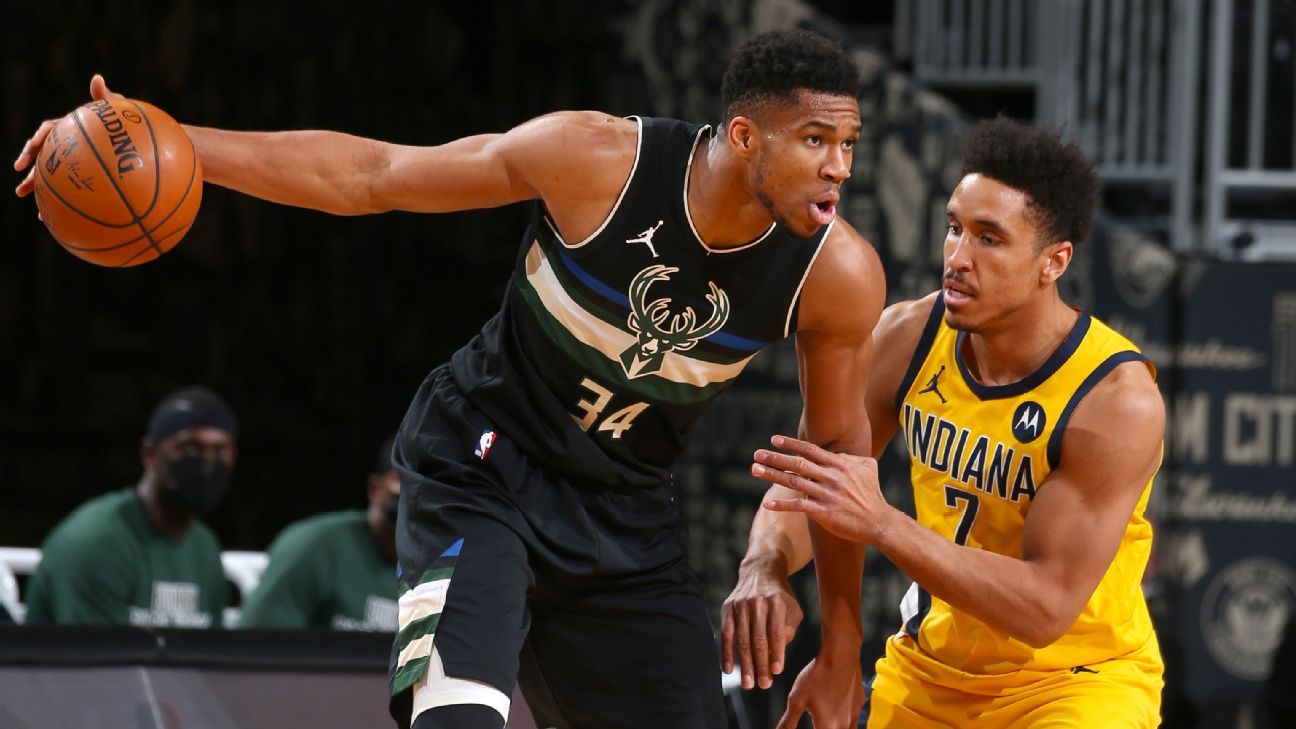 LeBron James and Giannis Antetokounmpo might be competitors on rival conferences, but they share the same sentiments regarding the league’s plans to hold an All-Star Game in March in Atlanta.

Fresh off a 33-point, 12-rebound performance in Milwaukee’s 123-105 win at Cleveland on Friday night, Antetokounmpo backed James’ position on the game happening in the midst of the COVID-19 pandemic.

“I think every player was looking forward to those five days, seven days, whatever the days are. We’ve got to all follow the Big Dog,” Antetokounmpo said, referring to James. “The Big Dog says he has zero excitement and zero energy for the All-Star Game and I’m the same way. I really right now don’t care about the All-Star Game. We cannot see our families.”

“Like, I can’t worry about the All-Star Game. I want to see my family. I want to go see my little brother in Spain, I want my brother to come see me,” he added. “So, I’m the same way. I’ve got zero energy, zero excitement. At the end of the day, if they tell us we’re gonna show up, we’ve got to do our job. I’m always gonna do my job, I’m always showing up, showing the right example. But at the end of the day inside, deep down, I don’t want to do it. I want to get some break.”

Antetokounmpo was second behind Brooklyn’s Kevin Durant in the Eastern Conference’s frontcourt in the first fan returns of NBA All-Star voting.

The reigning back-to-back MVP and Defensive Player of the Year has played in the past four All-Star games, citing his 2020 experience in Chicago as being “very fun for the fans.”

Players have learned to adapt to these type of situations while playing through the pandemic and in mostly empty arenas.

Bucks coach Mike Budenholzer let out a sigh before voicing his opinion of the All-Star Game, saying, “I completely understand there’s a lot of concerns, and I share them.”

Antetokounmpo, like James, said he was under the impression that the league wouldn’t hold the yearly showcase until reports began to surface otherwise. He said he would much rather spend the time to decompress from basketball than competing on that night.

“I thought about it obviously coming into the season, where all we knew it was not going to be an All-Star Game, it was going to be a time to spend time with our family,” Antetokounmpo said. “Obviously, when the protocol changes it’s kind of hard because on the road, your family cannot come on the road. Back home you cannot leave the house, you only can go to the practice facility or to the arena and you don’t have time to take your family to a nice dinner or your family coming on the road or like just escaping the game.”