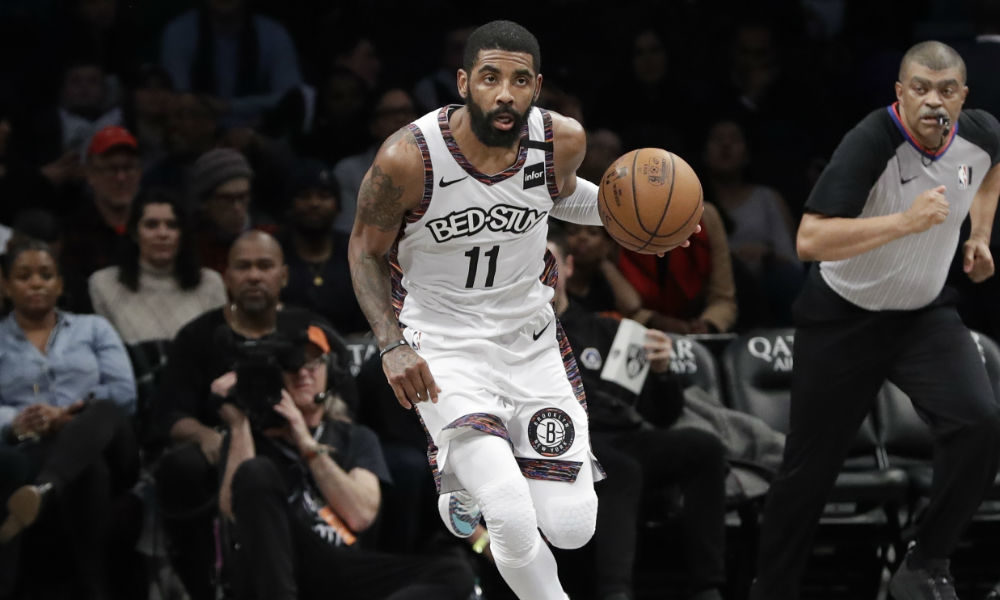 In a league that emphasized getting smaller and relying on spacing, the Los Angeles Lakers went the opposite way by loading up on bigs, ultimately ranking in the bottom 10 in both three-point attempts and percentage. Naturally, LeBron James and Anthony Davis make that possible, but the 2019-20 Lakers had a different roster makeup than what we had been used to.

But just because the talent to attempt something drastic exists does not mean it will work. Last year, the Houston Rockets also tried to be an exception, albeit to a different rule. Even as the league has embraced small-ball than ever before, all teams still had at least one traditional center on their roster. That was until the Rockets traded their lone pure big – Clint Capela – for Robert Covington in hopes of opening the floor for Russell Westbrook.

To accommodate, they had Covington, PJ Tucker and Jeff Green, three natural wings, split time at the center spot.

It’s true that the experiment was a failure, but Houston can hang their hat on that it was never given a real chance. Westbrook was playing at full throttle and they were beating good teams before COVID-19 stopped everything. When play resumed, Westbrook had contracted the virus and dealt with quad issues that definitely held him back.

Going back further, the NBA’s brightest exception to the rule occurred in 2003-04 when the Detroit Pistons won the title. Generally, franchises need at least one superstar in order to compete for a championship. The Pistons accomplished the feat despite lacking a true superstar on their roster, all thanks to the right personnel on the roster.

Just rattling off that team’s ahead-of-its-time successes is a mouthful: Detroit had one of the league’s best floor generals in Chauncey Billups; plus a fear shooter with Richard Hamilton; an all-time rim protector with Ben Wallace; Rasheed Wallace’s All-Star-worthy efforts; plus a Hall of Famer on the sidelines named Larry Brown.

They also harnessed one of the best defenses of that era and all-time. Today, it stands as proof that anything is possible with the right guys to pull it off. However, it’s not often advisable as more teams end up like the Rockets rather than the goldens standard Pistons.

Offense may sell tickets, but defense wins championships. No, seriously, just look at the defensive rating for the previous ten NBA champions:

Clearly, an above-average defense was needed to have an honest shot at the title. But if the Brooklyn Nets stay exactly as they are constructed this season, they may very well be the exception to this rule.

The trio of Kevin Durant, Kyrie Irving and James Harden is arguably the most talented combination of scorers in NBA history. All three of them are capable of running an entire offense individually while putting up 30+ points on any given night. Best of all, every single one of them can take over the game in crunch time. The fact that all three are sharing the ball should only make it easier when the stage matters most.

Their skeptics can fault them all they want for giving up the entire farm for Harden – that may partly be because of how well that went last time – but it’s James Harden. No matter what you may think of his playoff resume or what he does off the court, would you honestly turn down trading for prime James Harden if you had the chance?

It’s made for some beautiful basketball to watch.

But notice, they lost this game. The Nets wound up losing 135-147 to the promising-but-mediocre Cleveland Cavaliers. In fact, outside of one game in which Brooklyn allowed 85 points against a Jimmy Butler/Tyler Herro-less Miami HEAT, the lowest an opponent has scored on the new-look Nets is 115 points.

The offense has predictably been a marvel, but the defense has been… not a marvel to say the least.

The Nets since the Harden trade:

122.6 offensive rating
– Best in league
– Would be the best of all time

119.9 defensive rating
– Worst in league
– Would be the worst of all time pic.twitter.com/B5EbhfuEzH

The general crowds saw this coming: Losing the young and talented Jarrett Allen was going to hurt as he was their best defender. Durant, Harden and Irving have shown themselves to be capable defenders in the past, but their previous teams surrounded them with plus defenders to help carry the load. In Brooklyn, it’s a different case entirely. Those three aren’t just the best offensive personnel they have. Now, they are (nearly) the best defensive personnel they have.

But they barely have anyone else to turn to. DeAndre Jordan is not DeAndre Jordan anymore. Jeff Green’s a valid stretch-five, but he’s not a stopper at this point either.

Plus, because of the Harden trade, there are no more assets to give up to tweak the roster. Brooklyn has the trade exception they got from Spencer Dinwiddie’s ACL tear, but with no first-rounders to offer, the market immediately thins.

While the buyout landscape will likely benefit the Nets, true game-changers rarely end up there.

But in the end, it honestly might not matter. If you watched the slugfest between the Nets and the Los Angeles Clippers, you’d see why.

The Nets’ victory over the Clippers demonstrates exactly what the former is going for. In what was one of our first candidates for Game of the Year, Los Angeles’ supreme offense – on par with Brooklyn right now (117.7) – came up just short thanks to the shotmaking prowess of the Nets’ Big 3.

These were two of the league’s elite offenses trading blows with each other up until the very end. But there was one key difference between them: the Nets owned the sixth-lowest defensive rating in the league, allowing 112.7 points per 100 possessions. The Clippers, on the other hand, rocked a much more respectable 108.9 defensive rating, good for 12th overall.

Still, it didn’t matter how good the Clippers were on defense. Brooklyn’s shotmaking capabilities rose above it. While it was their impressive victory of the season, it also sent a message to the league at the same time: offense trumps all.

This Brooklyn squad has a very real shot at forming the greatest offense of all-time. We’ve seen phenomenal offensive teams win it all in the past, but usually because they also brought a respectable defense with it. The Nets may never have anything like that, but the magnitude of their scoring abilities may cancel out whatever plagues them on that end.

They say defense wins championships, yes. But you know what they also say?

There’s always a first time for everything.

Will the Indiana Pacers be buyers or sellers at the NBA trade deadline?
LeBron: Why no questions about Jerry Jones pic?
Brook Lopez is officially the betting favorite for Defensive Player of the Year
One surprising Warrior has helped spark Warriors turnaround
Kawhi, PG traveling for road trip but out vs. Kings