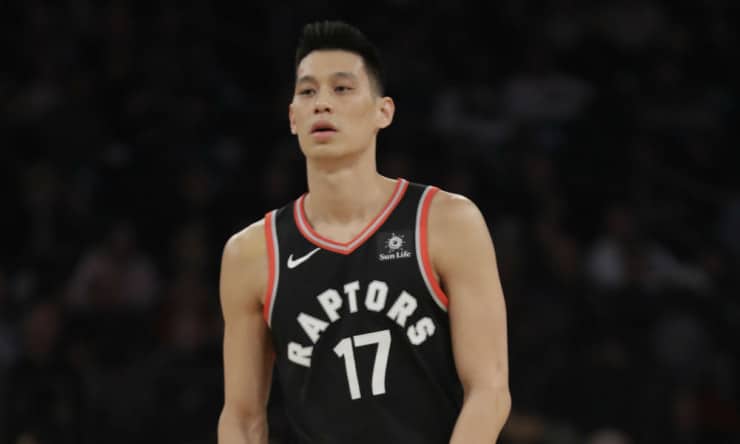 The NBA’s G League Draft for the 2020-21 season took place on Monday, Jan. 11. And, given the circumstances of their season, which is being played in a bubble, it was not the normal draft we would see in any other year.

Instead, for obvious reasons, it only involved teams attending the bubble. Some familiar names were selected along with some names that, hopefully, will become a bit more familiar in the next few seasons. Here’s a quick recap of the 17 first-round selections.

The Greensboro Swarm got the G League Draft underway by selecting Admiral Schofield first overall. The 23-year-old wing was selected 42nd overall in the 2019 NBA Draft by the Philadelphia 76ers. He appeared in 33 NBA games last season for the Washington Wizards. In the G League, he impressed for the Capital City Go-Go, where he averaged 16 points per contest. If his shot continues to develop and he becomes more capable of banging in the paint, he could be an extremely intriguing player.

Second off the board was rookie Freddie Gillespie out of Baylor. Like Schofield, Gillespie is 23-years-old and a bit undersized for his position. As a 6-foot-9 big at Baylor last year, Gillespie averaged 9.6 points and 9 rebounds per game. He originally signed an Exhibit-10 contract with the Dallas Mavericks following the NBA Draft before being waived a few weeks later.

The Canton Charge took a more experienced player at third overall, Antonio Blakeney. The guard has played some solid NBA sample size over the previous two seasons, having played a total of 1,143 minutes for the Chicago Bulls. With the Bulls, Blakeney flashed the ability to be a solid contributor. In 76 games at the NBA level, Blakeney holds a career average of 7.5 points per contest.

Fourth overall saw another player that has logged over 1,000 NBA minutes go to the Iowa Wolves, Allonzo Trier. Trier connected on 38.4% of his NBA 3-point attempts with the New York Knicks over the last two seasons. That’s a skill he’s looking to prove he carried over from college, where he shot 37.8% from deep in three seasons at Arizona.

Rounding out the top five picks is Tahjere McCall, who was selected by the Lakeland Magic. McCall averaged 12.7 points per game in the G League last season but still has work to do on his outside shot. A 6-foot-5 guard that shot just 19.2% from behind the arc, McCall will need to see some drastic improvement if he’s ever to get a shot at the NBA. That said, his defense is more his calling card, anyway, and that’s where he offers significantly more upside.

The sixth overall selection saw the Canton Charge take Anthony Lamb out of Vermont. He averaged 16.4 points per game in four collegiate seasons. That pick was followed by another rookie selection coming off a four-year collegiate career, as the Oklahoma City Blue took point guard Zavier Simpson out of Michigan. Simpson averaged 7.9 assists per game in his senior season.

The Lakeland Magic continued the rookie trend by selecting DJ Hogg eighth overall. He’ll join the fifth overall selection, McCall, with the Magic. Hogg is a 6-foot-9 forward that showed an ability to stretch the floor in college, where he knocked down 36% of his threes in three seasons with Texas A&M.

Former first round selection Justin Patton was then taken by the Westchester Knicks. Patton is one of the more intriguing names that went in the G League Draft, given his high selection in the NBA Draft just a few years ago. Still, he’s got a long way to go; Patton has played in just nine NBA games over the three seasons since he was drafted.

The Rio Grande Valley Vipers closed out the top ten by selecting rookie guard Armoni Brooks. Brooks is a smooth shooter but struggled mightily at getting teammates involved in college. In three seasons, his highest average for assists was .9 per game. That said, if he can continue to improve his shot, Brooks could eventually find a spot in today’s NBA.

Kevon Harris was next off the board following the top-10 selections. Harris is a scoring wing that displayed the ability to get buckets, but some may question the competition he faced in those games. Harris’ game is pretty well rounded, and his scoring should translate to the G League rather quickly.

More scoring potential came at pick number 12, with the Vipers selecting Jarron Cumberland out of Cincinnati. His outside shooting was streaky at the college level and will be a work in progress, but his aggressiveness in getting to the free-throw line will surely help and should be a major asset for Rio Grande Valley.

Oklahoma City followed those wing selections with one of their own, though not a rookie. Their selection was Vincent Edwards, the forward out of Purdue who spent last season with the Charge. With Canton, Edwards averaged 9.2 points per game.

The Austin Spurs got a wing of their own at pick 14, selecting Jonathan Kasibabu. Last year with the Long Island Nets, Kasibabu averaged 7.6 points per game.

The Raptors were back on the clock at 15, and they selected guard Gary Payton II. The son of Hall of Famer Gary Payton, the younger Payton has tried proving himself to NBA teams the past few years. Like his Dad, he can be a pest defensively. Still, he hasn’t been able to do enough on the offensive end so far in his career.

Anthony Cowan Jr. was then selected by the Memphis Hustle. The rookie guard will need to get stronger in the coming years but has a natural ability to score the basketball. The final selection of the first round followed Cowan Jr., as the Iowa Wolves selected Dakari Tucker.

Nylon Calculus: 15 early season predictions for the NBA Western Conference
‘X factor’: Alvarado erupts for 38 as Pels surge
3 teams that should be calling the Knicks about Cam Reddish
4 NBA veterans doing too much for their rebuilding teams
Harden returns for 76ers after 14-game absence