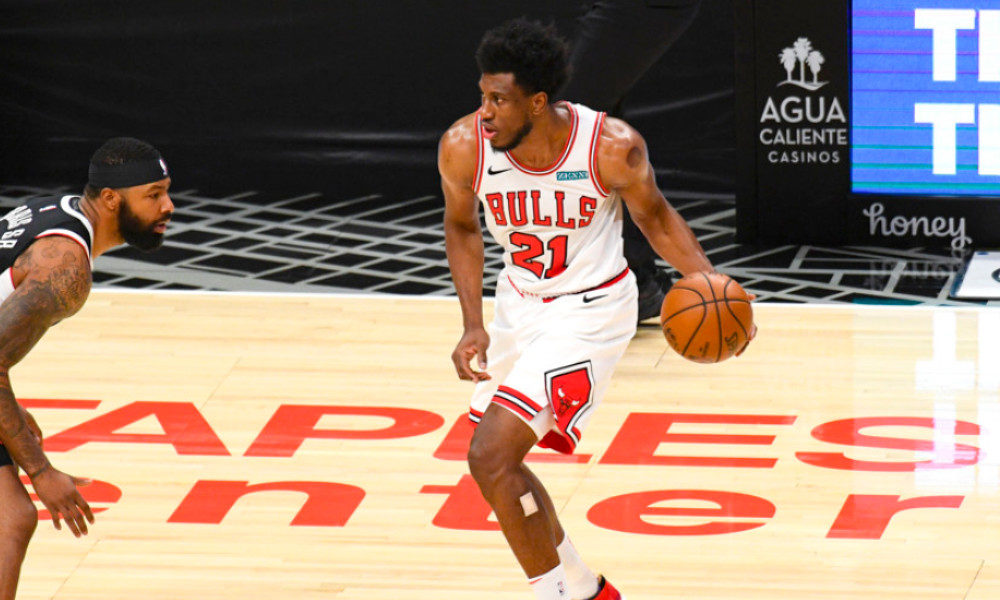 The NBA Draft is an annual opportunity for many. It’s a hugely profound moment for young prospects, as well as front offices hoping to revitalize a franchise and establish their own reputations.

For decades, most teams have understood the value of a first-round pick, and especially lottery picks. Those that didn’t – like the Isiah Thomas-led New York Knicks – were fleeced time and again, trading picks for projects.

More recently, a trend has emerged that’s seen teams amass a war chest of picks. This is additionally helpful in rebuilding, as picks can be used in the draft or as trade capital – and when a team amasses multiple future first-rounders, swapping out one or two is sometimes even better than using them as flooding a maturing roster with more youngsters isn’t always an ideal recipe for success – and it probably hurts the young players even more than it does the team.

It’s easy to assume that teams in control of the most future first-round picks are best-positioned for future success. Granted, examining a team’s future is about more than just draft picks. The problem is that with the exception of a select few concrete examples, grading a team’s front office is an exercise in anecdotal evidence, and predicting the growth of current players is nearly impossible – with Julius Randle’s recent rise being a great example as to why.

Still, we look ahead at the team’s collections of future picks. Triangulate that with current, young talent and you’re most of the way toward identifying the future favorites in the NBA.

So with that, let’s start assessing.

Without getting into the minutia of pick protections, only seven teams are owed first-round picks (or pick swaps), and only four teams – Atlanta, Memphis, New York and New Orleans – are owed at least one first-round pick without owing any first-rounders themselves.

To summarize, just like the U.S.’s wealth disparity, a select few teams own a majority of the NBA’s future capital. Next, let’s identify the teams with the most and/or best future assets, beginning with the honorable mention list and ending with the best-positioned team.

The Rockets’ future looks considerably different than it did as of the end of last season. Gone are Russell Westbrook and James Harden and instead they’ve got John Wall, Victor Oladipo and plenty of draft picks. For a team that looked poised to be in trouble in the very near future due to over-leveraging themselves in their pursuit of Westbrook, it looks a whole lot different today.

Before we get ahead of ourselves, the Rockets also owe their fair share – otherwise, they’d be a bigger focus of this article. Houston owes their 2021 first-round pick (protected) to the Oklahoma City Thunder if they finish behind the Miami HEAT and the Thunder. They also owe their 2026 first-round pick (protected) to the Thunder.

Houston is well-positioned, though, thanks to the Harden-to-Brooklyn deal. The Nets sent three unprotected first-round picks and four first-round pick swaps. Seven picks in total which arrive in a steady stream between now and 2027. Looking only at the 2027 pick, Durant will be 38, Harden 37 and Irving 34. At first blush, that appears to work out really well for the Rockets. The same will be true at least for the prior draft (2026) – and maybe even a few before that.

New Orleans has accumulated a significant number of future first-round picks. Hard to look past the Pelicans youth in Zion Williamson and Brandon Ingram – but either way, the Pelicans are in incredible shape. Here’s a look that the future picks they’re owed:

Of note, the fact that they possess the power to wait an extra year (from 2024 to 2025) until receiving the second Lakers pick, if so desired, is big. LeBron James has to get old at some point, right? It’s inadvisable to bet against him this season – and probably next year, too – but eventually it’s bound to happen. If he’s still performing in 2023-24, the Pelicans have the luxury of playing the odds and holding off one more season.

Additionally, they received a haul in return for Jrue Holiday, and rightfully so. But arranging the picks so that they receive a swap in 2026 and an unprotected first-rounder in 2027 is ideal. By the end of the 2026-27 season, Giannis Antetokounmpo will be 32 going on 33. While the odds are in the favor of Antetokounmpo in terms of maintaining his athleticism and greatness at least into his mid-30s, who knows what happens between now and then.

Buckle up because Sam Presti has put on a master class in rebuilding.

2021 – Miami and/or Houston (swap) (Thunder to receive two most favorable of its 2021 first-rounders between Miami and Houston, both are protected 1-4.)

That’s quite the list. High-level, taking into consideration that the Warriors are unlikely to transition their 2021 pick and other near certainties, the Thunder are owed nine additional first-round picks between 2021 and 2026. NINE.

Notably, the Clippers picks are especially enticing as they are all unprotected. That would be meaningless this season, as the Clippers currently boast the second-best record in the NBA, but they owe picks as far in the future as 2026.

Their success is also entirely tethered to the presence of Kawhi Leonard and Paul George. Leonard is currently 29 and George is 30. So, as of the start of the 2023-24 season – the one immediately following the first draft in which a pick changes hands –  Leonard will be 33 and George will be 34. Assuming they’re both still on board, that’s probably still safe for Los Angeles.

But what about 2024? And most alarmingly, 2026? Those picks will be incredibly valuable! As of the 2026 NBA Draft, assuming Leonard and George are even still playing and on the Clippers, they will be 34 and 36, respectively.

The NBA Draft is less of a science than we’re led to believe in the run-up to it. But that only furthers the idea that collecting as many picks as possible is a brilliant strategy. If having one pick to select a long-term contributor amongst the first 30 is challenging, having two narrows the odds and having three improves them exponentially.

With negotiations around the possibility of allowing high schoolers into the NBA Draft as soon as 2022 and the implementation of the G League Ignite team, there are new and innovative ways of procuring talent beyond just the NCAA and international leagues.

That should only further the availability of top-tier talent in the draft, making first-round picks all-the-more valuable for the foreseeable future – but between Presti, Stone and Griffin, those selections are in good hands.