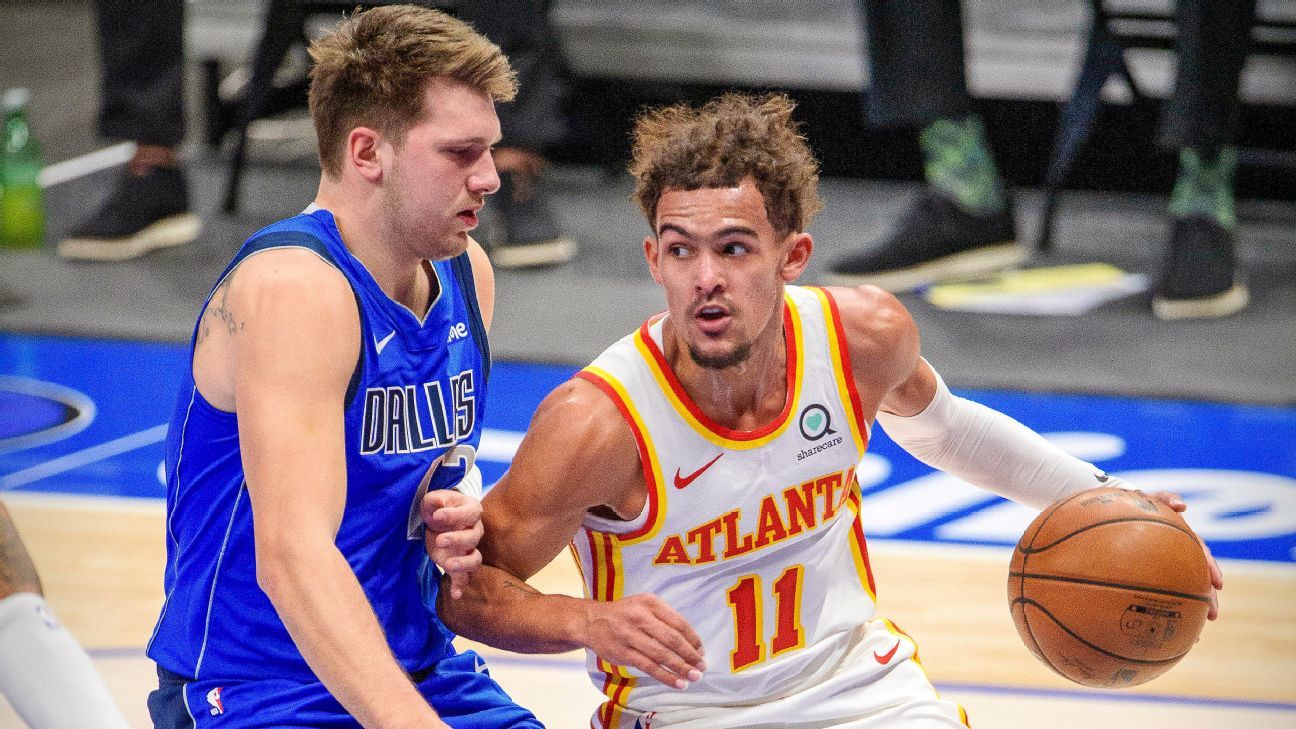 DALLAS — As soon as Danilo Gallinari‘s difficult buzzer-beater attempt clanked off the rim, Atlanta Hawks star Trae Young ripped out his mouthpiece and stomped toward referee Josh Tiven to protest a critical no-call on the final possession of a 118-117 loss to the Dallas Mavericks.

Young had been knocked to the floor while setting a screen on Dallas center Willie Cauley-Stein before the inbounds pass with 4.7 seconds remaining, preventing him from getting the ball as the play was designed.

“I’m not going to run away from the ball with four seconds left and we’re trying to win the game,” said Young, who had 25 points and 15 assists in the loss. “I’m not going to fall just to fall at the end. That’s just the most frustrating part. Not really having an opportunity to make a play at the end is just really frustrating.”

Tiven, the crew chief, told a pool reporter that the contact from Cauley-Stein was “deemed incidental,” so he didn’t blow his whistle. Tiven said that the officiating crew came to the same conclusion after reviewing video of the play postgame.

Hawks coach Lloyd Pierce vehemently disagreed, arguing a foul should have been called, which would have resulted in a free throw for Young and the Hawks getting the ball out of bounds since the contact occurred before the ball was inbounded.

“Really unfortunate that it ended that way,” Pierce said, adding that Tiven told him that Young could have been called for an illegal screen.

“It was a perfect screen,” Pierce said. “Willie Cauley-Stein ran Trae over, and that’s a foul. It’s a foul. It’s why Trae was on the floor. It blows up our play. It’s unfortunate. I thought our guys really competed. Trae was fouled. He falls on the floor. He gets hit in the nose. He set a great screen. I give him credit; he set a great screen. We tried to execute, and he did.”

Dallas star Luka Doncic, who will always be linked to Young after they were involved in a 2018 draft-night trade, recorded his league-leading seventh triple-double with 28 points, 10 rebounds and 10 assists as the Mavs pulled off their biggest comeback win of the season, rallying from a 13-point deficit.

Mavs reserves Tim Hardaway Jr. and Jalen Brunson combined for 24 points in the fourth quarter as Dallas outscored Atlanta by 10 in the period. Brunson, who had 11 of his 21 points in the fourth, repeatedly targeted Young as a defender down the stretch.

“Brunson was terrific,” Mavs coach Rick Carlisle said. “A great player like Young is a guy you’ve got to put pressure on defensively just to try to wear him down a little bit, and Jalen did a great job attacking him.”

Cauley-Stein also played a critical role in the win after not sitting out the previous two games because of coach’s decisions. He had 14 points and six rebounds off the bench, and Dallas outscored Atlanta by 19 in his 23 minutes.

Cauley-Stein, who was defending John Collins when Young set a back screen on the final play, wasn’t surprised that the referees opted not to blow their whistles.

“I ain’t even see Trae,” Cauley-Stein. “He’s a smart kid. He was trying to get a quick, little foul to shoot free throws and ice the game. No way they was going to give him that call for the game. Good try, though. That was smooth. It was sneaky.”

As far as Young is concerned, Cauley-Stein’s explanation was evidence that a foul should have been called.

“Obviously, with him saying he didn’t see me [and] running me over, that’s a good screen,” Young said. “I set a good screen. Like he said, he didn’t see me. He turned around and ran right into me. If Dorian [Finney-Smith] wasn’t there, I would have fallen straight back, but he was there and kind of like was using his hands a little bit, so I kind of fell sideways. That’s kind of what happened.

“He just turned around and didn’t see me, and I was there and he ran into me. As I was on the ground, the ref was looking right at me. Didn’t say nothing and didn’t call anything.”