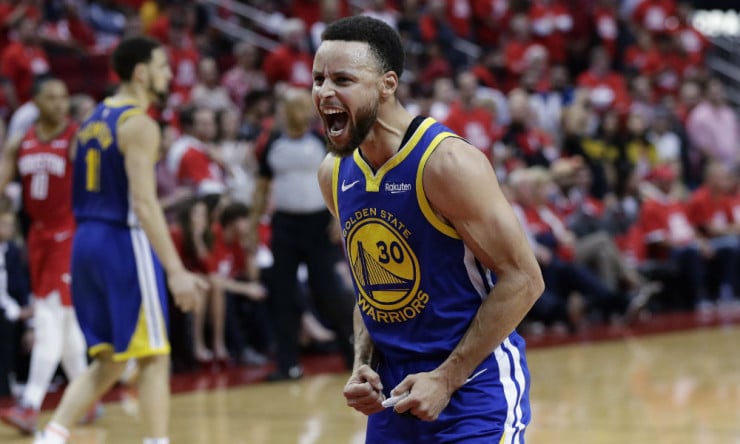 What do the Los Angeles Clippers, Philadelphia 76ers, and the Utah Jazz all have in common? None of them finished last season particularly strong.

Each went into the 2019-20 season with championship aspirations, but finished as some of the season’s biggest letdowns. The Clippers and 76ers went through their own forms of humiliation last season but, for the Jazz, their failure hit differently.

Much like the Philadelphia and the Los Angeles, there were reports of internal issues in Utah’s locker room to go along with the poor body language that was easy to see on the court. Then, Rudy Gobert’s positive COVID-19 test greenlit the NBA shut down; tensions were so high between Gobert and fellow Jazz star Donovan Mitchell that, at one point, their relationship didn’t “appear salvageable.”

When the NBA hosted the Orlando Bubble and the postseason began in earnest, the two appeared to have put their issues behind them and the team looked prepared to do some serious damage as the team took a 3-1 series lead over the Denver Nuggets. Unfortunately, that isn’t how their season ended; Utah dropped the next four games to the Nuggets, who later advanced to the Western Conference Finals.

But would that be it for this iteration of the Jazz? They had long been a regular season darling, but struggled to make any sort of noise on the big stage post-Gordon Hayward. They lucked out with Mitchell and did their best to reinforce the roster around him and Gobert but, ultimately, came up short. And, given the NBA’s propensity to turn on a dime, it was fair to wonder if this group would ever be enough to put them over the top.

Such seasons can truly break a team and force the hand of management. But, instead, the Jazz took those lessons to heart and have pushed themselves to the limit this season.

As of this writing, Utah boasts the best record in the NBA and are the only group that rank top-five in both offensive (fourth, 116) and defensive (second, 107) rating. While the rosters are far from finalized, the Jazz may net three All-Stars: Mitchel, Gobert and Mike Conley. Jordan Clarkson is an easy contender for the Sixth Man of the Year award, while the return of Derrick Favors has fortified a second unit that desperately needed to be addressed.

To many, the 2020-21 version of the Jazz look like the team they were supposed to be last season. And, as the season goes on, they should only get better — emphasis on should; their continued dominance will depend on a few factors.

Can This Conley Endure?

After a not-so-great first act in Utah, Conley has looked a whole lot more himself in his sophomore Salt Lake season. He’s put up 16.5 points per game on 45/41/81 splits to go with 5.8 assists and 3.7 rebounds.

But his impact has gone far beyond those numbers. Conley’s looking like the dual playmaker-shot creator that Utah desired (and needed) when they acquired him from the Memphis Grizzlies. Better yet, not only does he look to be very much in his prime, but the Jazz have been awesome with him on the court: the team is a plus-17.8 when he’s on the floor, per NBA.com.

And, while it’s great to see his renaissance for the Jazz, it’s fair to doubt that this is the player Conley can be for the foreseeable future, given his age and poor play as recently as last season.

Come the postseason, those numbers improved even further: while he missed their first two games, Conley averaged 19.8 points, 5.2 assists and 1.6 steals per game and shot over 50 percent from three.

So, while it may be fair to question if Conley’s play is sustainable, it’s also fair to note that, had the Jazz came out the victor versus the Nuggets, or had his early-season struggles not been so pronounced, perhaps Conley’s play this season wouldn’t be much of a surprise.

Either way, if the Jazz are to continue their domination, they’ll need Conley to do his best to not only stay on the court, but to sustain his current level of play.

Mitchell hasn’t seemingly ever seen a massive leap in play, but his improvement has been consistent and incremental throughout his career.

His career may already seem unfair for a typical 24-year-old, as the Jazz have already asked (and received) more of Mitchell than most his age would be able to provide. To win a title, however, they were always going to need even more out of him. And, this season, he’s once again delivered.

His counting stats haven’t strayed too far from his career norms, but his percentages have skyrocketed. Never a knockdown shooter, Mitchell has pushed himself to improve and, as a result, has dropped a career-high 39.7 percent of his three-point attempts on nearly nine attempts per game. If he can sustain that shot, it would open up an entirely new dimension not only for the Jazz offense, but Mitchell himself as it would allow him to rely on more than just pure athleticism to beat his defender.

Mitchell’s abilities as a distributor have also come a long way. His 5.1 assists per game might not seem groundbreaking, but they represent a career-high and provide the first unit with another playmaker to draw heat away from Conley. Likewise, his willingness to pass — Mitchell’s assist percentage has jumped to 25.1 percent this season — show that Mitchell is able to do more in the clutch than just play “hero ball,” one of his biggest criticisms in his four years as a pro.

Asking Mitchell to play at an MVP level is a tall order, even for someone who’s exceeded nearly every expectation like he has. But, fair or not, the Jazz need him to do so, at least eventually, if they truly want any shot at an NBA title.

If he can continue to improve as he has thus far in his short career, Utah should have no worries there.

Sustain the Fire from Deep

Two years ago, Utah’s biggest problem was their ability to space the floor. And they addressed that by adding Conley, Bojan Bogdanovic and Jordan Clarkson, as well as giving Georges Niang more playing time.

With those additions, the team finished as the top three-point shooting team in the NBA last season, as they finished at exactly 38 percent on more than 35 such attempts per game. That success has only continued this season, as Utah’s 40.2 three-point percentage as a team is tied for the third-best in the NBA thus far. They’ve also upped their attempts, as they lead the league with 42.3 attempts per game.

The Jazz are certainly capable of such strong shooting in bursts. But, like it or not, some regression would appear to be in order; the big question is just how much? If they can maintain one of the stronger percentages in the league, something they are easily capable of even with some serious regression, Utah should have no issue competing despite the fact that most skeptics would say they lack the “star-power” to compensate.

Better yet, there may even be some room for a bit of positive-regression: Georges Niang, a core member of Utah’s bench and a 37.6 percent three-point shooter for his career, has shot just 32.9 percent this season.

Until they prove otherwise, the Jazz will continue to be discounted as a team that just doesn’t have enough talent to truly compete. But, even if that might be true, Utah’s roster is a strong one with few deficiencies, one that should be able to go toe-to-toe with almost any other in the NBA. And there’s no reason to expect the 22-5 team should slow down any time soon.

Come the postseason, even the best of the best will have to bring their A-game to oust the Jazz.

3 teams that should be calling the Knicks about Cam Reddish
Warriors have young star bummed after being squeezed out of rotation
The Whiteboard: Breaking down the race for the NBA scoring crown
Kyrie writes ‘I am free’ on shoes after Nike split
Draymond Green makes questionable inclusion in his top-5 players all-time