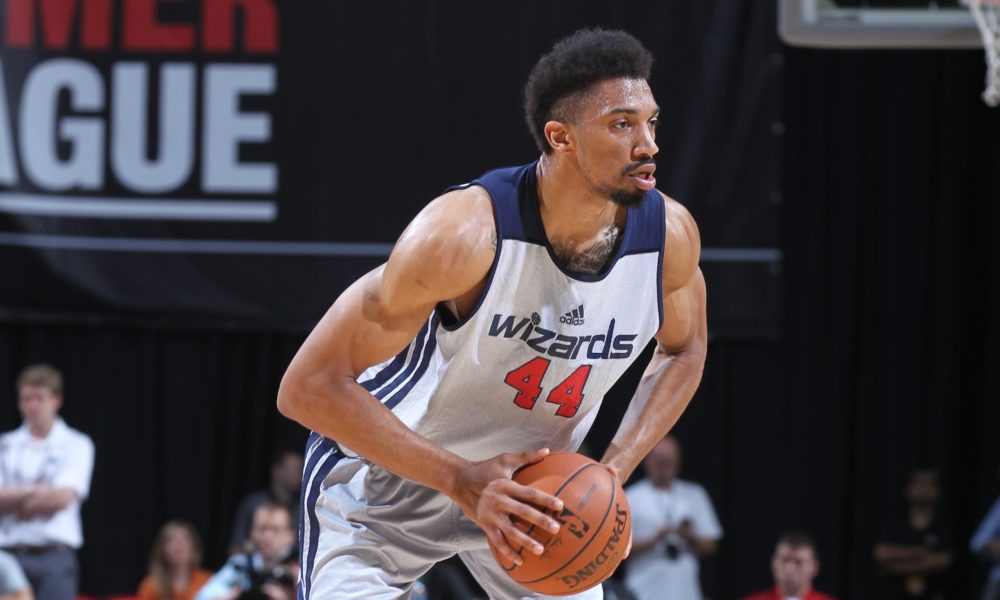 To the surprise of few, the Orlando Magic are once again not a very competitive basketball team. Since Dwight Howard’s departure in 2012, the Magic have failed to achieve higher than 7th in the Eastern Conference and have only won two playoff games in 10 attempts.

However, the Magic finally have an exciting group of young players to begin building around. Cole Anthony has shown a lot of promise in his rookie campaign and, while he’s currently recovering from a torn ACL, Jonathan Isaac has shown himself to be one of the most exciting up-and-comers in the NBA. When paired with those aforementioned struggles, All-Star Nikola Vucevic has become the odd man out on a non-competitive team in the middle of a rebuild.

With Vucevic only getting older, the questions about the Magic’s long-term plans with their center have only become more pronounced. Should they trade him? Or would Orlando be better off keeping Vucevic around?

Vucevic is in his 10th season in the NBA after being drafted 16th overall in 2011 out of USC. Since making his way to Orlando after his rookie season with the Philadelphia 76ers, he’s been a fixture for the Magic and, arguably, their best player since Howard’s departure.

In nine years with the Magic, Vucevic has averaged 17.4 points and 10.8 rebounds per game, with an All-Star Game appearance during the 2018-19 season. This season, he’s seen the best scoring season of his career, averaging 23.3 points per game.

Despite his individual successes on the court, however, Vucevic’s play hasn’t translated to nearly as much team success — of course, that isn’t entirely on Vucevic, but rather the fault of the organization and the path they’ve taken over the last decade or so, failing to build a truly competitive roster around their star center. Orlando has made the postseason in just two of Vucevic’s eight seasons with the team, while they have yet to advance beyond the first round. The highest seed the Magic have achieved with Vucevic on the roster was in 2018-19, when they secured the seventh seed in the Eastern Conference.

Now, the Magic have started a youth movement. The 30-year-old Vucevic would seemingly stand in the way of that; given that they aren’t expected to be competitive for at least a few more seasons, it may be best for the team to truly commit to a rebuild, move Vucevic to the highest bidder before his play starts to decline and stockpile as many potential assets as they can. His absence would also provide significant opportunities for Mo Bamba and Chuma Okeke, giving the Magic a chance to truly evaluate them and see where they fit into the future.

Of course, trading Vucevic, in just the second year of a $100 million contract, might be easier said than done. The 31-year-old is about to leave his prime, while many teams may see the downgrade Vucevic might be defensively and stay away.

But that isn’t to say Vucevic is without potential suitors.

The Golden State Warriors are one of but a few teams that could use a boost at the center position. Rookie James Wiseman has flashed, but has struggled to play consistently and could prove a liability come playoff time. Draymond Green, meanwhile, is an excellent defender but is averaging just 5.1 points per game on a dismal 35.3 field goal percentage. Vucevic would instantly step in as the second option to Stephen Curry, easing both his burden and that of Andrew Wiggins and Kelly Oubre on offense.

The problem with a potential Warriors deal is that they don’t have much in the way of assets to send back. Outside of Wiseman, they lack for young, coveted prospects already at the NBA level. And, while they own the Minnesota Timberwolves’ first selection in the 2021 NBA Draft, it’s likely to be protected; if it does convey, would the Warriors value Vucevic over a potential top-five pick?

Another potential fit for Vucevic would be the Boston Celtics, a team that has been linked to him in rumors now for multiple seasons.

Boston has struggled mightily on offense as of late and, as they tend to split the majority of their minutes at center between Daniel Theis, Tristan Thompson and Robert Williams, Vucevic would prove an easy and immediate upgrade; Theis is the leading scorer of the trio, averaging a paltry 9..5 points per game. Further, it would be easy, at least for the Celtics, to take the center on given the trade exception they generated via the Gordon Hayward sign-and-trade with the Charlotte Hornets.

It’s clear that Boston’s two stars, Jayson Tatum and Jaylen Brown, need help. And, with Walker clearly not completely recovered from a knee injury sustained last season, Vucevic might be just what they’re looking for. They also have a number of intriguing assets they could send back to Orlando, including Williams, Romeo Langford, Grant Williams and a number of draft picks.

The last team featured here is a team that needs depth at the center position: the Brooklyn Nets.

The Nets have plenty of talent and are certainly not lacking for offensive firepower. But, with Jarrett Allen gone to the Cleveland Cavaliers as part of the James Harden trade, Brooklyn has struggled to get any production out of the five-spot. Of course, DeAndre Jordan has his moments, but the 32-year-old just isn’t the same player that he was with the Los Angeles Clippers anymore.

It might be overkill, given the firepower they already possess on offense, but if it’s championship-or-bust in Brooklyn, a move for Vucevic would all but solidify their status as the favorite to take home the Larry O’Brien trophy.

The good news for Orlando is that they have time; under contract for two more seasons, Vucevic could be traded after the season or even next season should the Magic feel any return inadequate or simply hope to make one last postseason push with the big man.

Either way, moving Vucevic would seem inevitable — and it might just be the biggest step the Magic have taken to get their franchise back on track in nearly a decade.