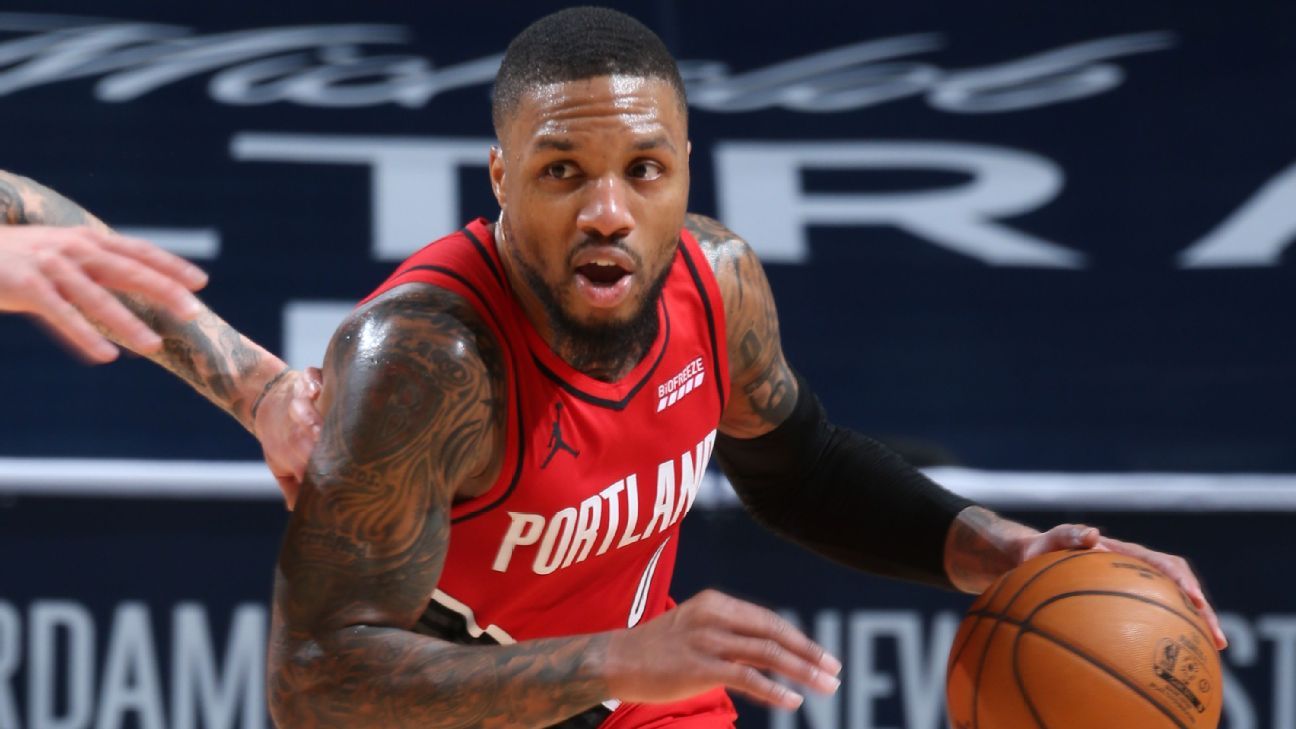 Sure, this one featured another game-sealing bucket from Lillard — his 25th game-tying or go-ahead field goal in the final 20 seconds of the fourth quarter or overtime, most in the NBA since he entered the league in 2012-13 — but the 126-124 win over the New Orleans Pelicans on Wednesday and the recent stretch of success for the Blazers is about more than just Lillard’s individual success.

With CJ McCollum, Jusuf Nurkic and Zach Collins all missing time, the Blazers’ six-game win streak, and eighth win in nine games, is a “collective effort.”

“I think the beauty in what we’re doing right now and why it’s been so fun and so special, like last season, I had a run where for 10 games I was scoring like 48 a game, and then the bubble I was scoring 48, 50, 60, just having big performances but we weren’t playing that great,” Lillard said.

Lillard called out each Blazers rotational player by name when discussing how “fun” the team is having this time around. But, of course, it doesn’t hurt when your superstar goes for 43 points and ties his career high with 16 assists, either.

Despite New Orleans’ scoring output, Lillard says he can see the defense for the Blazers — ranked 28th in defensive efficiency after Wednesday’s games — starting to turn around.

“I think lately we’re just locked into it,” Lillard said. “We’re a lot sharper for longer periods of times. Teams go on runs, it happens, we’ll have a lapse here like every team does. Tonight, I thought we played really hard and physical and smart defensively and they had 124 points. I just think our urgency is up. We’re communicating. We’re taking a challenge. Every guy is committing to playing defense and giving that effort.”

Portland coach Terry Stotts said he thinks the team has improved defensively going back to a win against Philadelphia on Feb. 4. In the past eight games, the Blazers have the 13th-ranked defensive in the league.

“The numbers don’t favor us, but we’ve always had the effort,” Lillard added. “I said that earlier in the season. We just always haven’t been on the same page communication-wise.”

Communication was key for Portland down the stretch Wednesday, especially as the Pelicans had a chance to tie or send the game into overtime on the final possession.

After Lillard’s and-1 put the Blazers up by two with 16.5 seconds to go, it was obvious the Pelicans were going to try to get the ball into the hands of either Zion Williamson or Brandon Ingram.

“We scouted some of their end-of-games plays and they kind of mix it up, like the previous play they went to Zion,” Stotts said. “You knew it was going to be in one of their two hands.”

The Pelicans inbounded the ball to Josh Hart, who flipped it to Ingram. Williamson went up to set a screen for Ingram but their defenders switched, putting Derrick Jones Jr. on Williamson and Robert Covington on Ingram.

Covington bodied Ingram on the drive, forcing a pass out to Lonzo Ball for a deep 3. Hart tipped the ball back out and it found its way to Ingram in the corner. Ingram took a dribble in and put up a contested 14-footer against Carmelo Anthony that didn’t fall as Portland secured the win. A team win — using defense, that is.

“I think it’s a big win for us, but I don’t think it’s the biggest win for us this season. We played well defensively and we played well offensively. We just had to lock in a little bit more on the defensive end and that’s what we did, and I’m glad we did,” Jones said. “We’re going to keep learning off this win and get back at it.