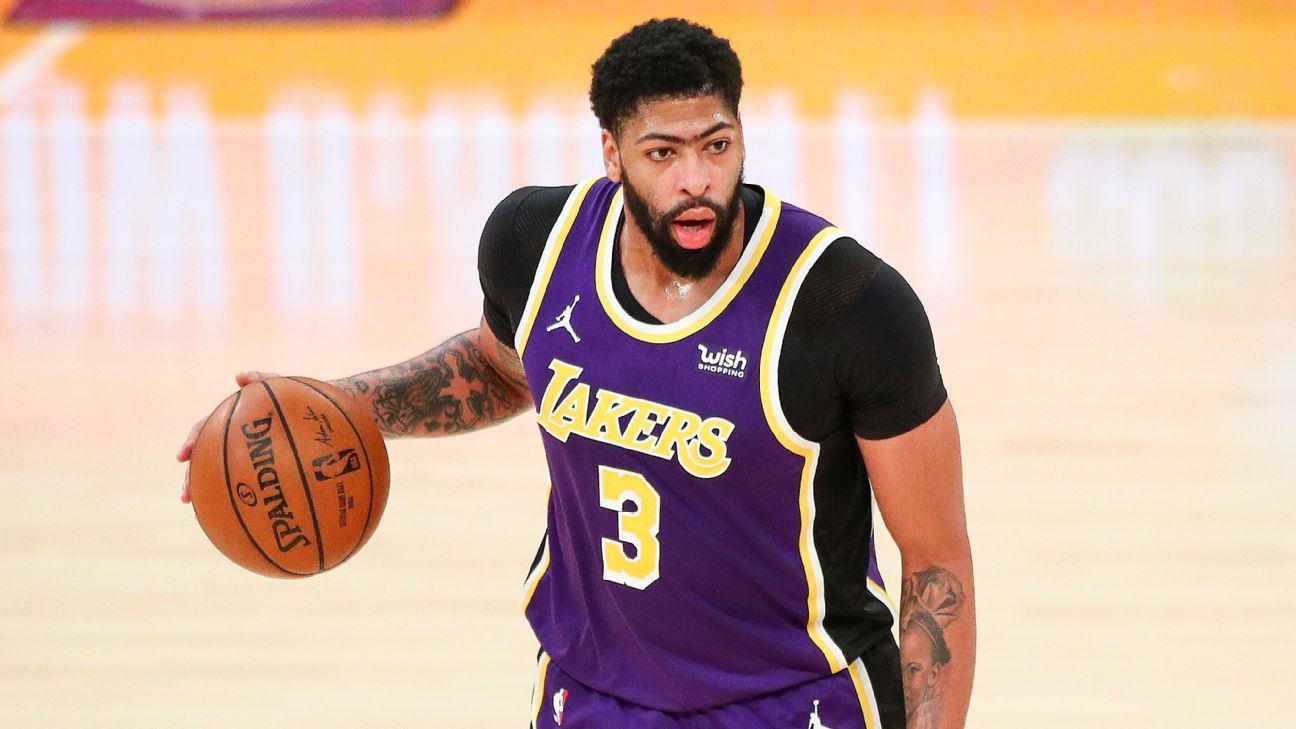 Sources had told ESPN’s Adrian Wojnarowski earlier this week that Davis would be reevaluated in two to three weeks after suffering a calf strain and aggravating the Achilles tendinosis in his right leg Sunday and would be unlikely to return to the lineup before the NBA’s March 5-10 All-Star break.

A spokesperson for the Lakers said the new four-week time period is an estimation and includes the time necessary for Davis to rehab and recover from the injuries, as well as ramp up in practices and workouts to return to game action.

“We want to try to put this fully behind him and be conservative with it just to make sure that it’s fully healed before he’s back,” Vogel said.

Davis missed two games last week with tendinosis in his right Achilles and had to exit Sunday’s loss to the Denver Nuggets shortly before halftime after aggravating the injury.

An MRI on Monday revealed the calf strain and the tendinosis aggravation, a source told Wojnarowski, but it did not show a rupture of the right Achilles tendon.