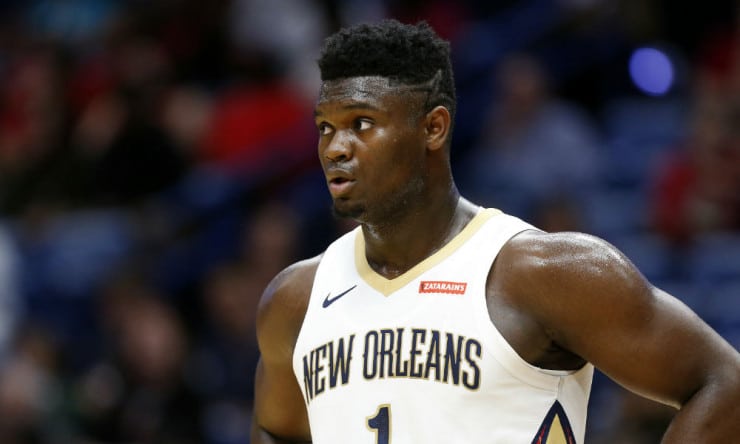 The overriding theme for the best teams in the NBA each season has been all about star power. This year is no exception as there are dynamic duos on every contending team. Some, like the Brooklyn Nets, have even gone back to the three-headed monster approach.

While most every other team has decided to zig, the Utah Jazz opted to zag. Whatever the method to their madness, it has been working for Quin Snyder and his team. Today, they currently own the best record in the league and have won 19 of their last 20 games.

Should Utah achieve their ultimate goal of winning an NBA championship this season, the most likely team they will be compared to is the 2003-04 Detroit Pistons. While that team was oozing with talent, they are widely regarded as the best team to win a title that didn’t have an elite superstar on their roster.

The two players that mirror each other between these two teams are the defensive anchors controlling the paint. Both Rudy Gobert and Ben Wallace made a living by protecting the rim and securing rebounds. Neither of these standouts were relied upon for offense, but they were so defensively elite that it truly did not matter. Both Gobert and Wallace made multiple All-NBA teams and both had a season in which they led the league in blocks.

While Gobert is seeking his third Defensive Player of the Year Award this season, Wallace actually won the award four times in his career. Oddly enough, he won it the two seasons prior to the Pistons’ championship season and the two seasons after.

Just as Utah hangs their hat on defense, so too did the Pistons during their title run. The 2003-04 Pistons and the 2020-21 Jazz both rank inside the top three in defensive rating, net rating and opponent scoring while also being one of the slowest-paced teams in the league.

Looking at the shooting guards for each team, both Richard Hamilton and Donovan Mitchell have proven to be incredible scorers. Hamilton led the Pistons in scoring that season and Mitchell has been Utah’s leading scorer every year since his rookie season. While they both put the ball through the basket at a tremendous rate, the way they operate is quite different.

First off, Mitchell’s usage rate this season is higher than Hamilton’s ever was. The ball is in his hands often as he does most of his damage off the dribble. During Hamilton’s championship season, his usage rate was just 24.2 which ranked 31st that year. Most of his scoring came on catch-and-shoot opportunities after a series of off-ball screens. Naturally, he perfected this part of his game after learning from Reggie Miller.

The floor general for these two teams were both veteran point guards that were searching for team success late in their careers. Mike Conley and Chauncey Billups both understand the concept of setting up the offense and moving the ball where it needed to go. They are like-minded in that they were focused on distributing rather than scoring, but were fully capable of doing so when necessary.

Expectations were high for both of these players coming into the league. Billups was drafted third overall and Conley was the fourth pick in his draft class. Their career averages are nearly the same but Billups was able to take his game to a new level late in his career, which earned him the nickname “Mr. Big Shot.” His individual accolades are impressive but his ability to perform in the clutch is something that Utah is hopeful that Conley will be able to provide this postseason.

Bojan Bogdanovic may not be the defensive stopper that Tayshaun Prince was but he is a vastly underrated defender. Neither asset here were All-Stars but you simply cannot put a value on what they do provide. Every team needs a glue contributor or some form of an X-Factor that often plays a pivotal role on any given night.

The role of the essential sixth man for each of these teams is a comparison between two very different offensive weapons. Corliss Williamson was a major contributor for Detroit, but most of his production came inside, whereas Jordan Clarkson does most of his damage on the perimeter. Both of these guys had been starters for teams earlier in their careers, but have flourished in their role off the bench.

Williamson came off the bench in all 79 games he played in and was Detroit’s second-leading scorer (per 36 minutes) that year too. He won the Sixth Man of the Year Award in 2001-02 and Clarkson is the clear frontrunner for the award this season. In Monday’s victory over Philadelphia, Clarkson connected on eight three-pointers on his way to a 40-point night in 29 minutes off the bench.

Beyond that, Rasheed Wallace and Joe Ingles are two guys that can easily get under the opponents’ skin. While R. Wallace was known for his outbursts, Ingles just might be the best trash talker in today’s game. Wallace played 29 games each for three different teams during the 2003-04 season, which culminated with the title. He played five more seasons in Detroit after that, putting up impressive numbers and being selected to the All-Star game twice. While Ingles may not match the individual marks, he is definitely a key player that can elevate this team in the playoffs.

One big difference between these two teams is how they were constructed. When Joe Dumars took over as president, he had to make the difficult decision to trade All-Star Grant Hill, who was planning to leave via free agency – but, of course, Ben Wallace was one of the players Detroit received in that trade. Dumars then traded Jerry Stackhouse in 2002 to bring in Hamilton; drafted Prince with the 23rd overall pick in the 2002 NBA Draft; and then signed Billups in free agency about three weeks later.

With this Jazz team, both Conley and Clarkson were brought in via trades and Bogdanovic signed as a free agent after a career-year with the Indiana Pacers. Oddly enough, both Mitchell and Gobert were draft day trades in deals with the Denver Nuggets. Ingles had an interesting path to Salt Lake City after the Los Angeles Clippers signed and waived him. The Jazz claimed the Australian and he has been there ever since.  Elsewhere, Royce O’Neale went undrafted out of Baylor and has been a key cog for this Jazz team.

Utah is the true definition of the word team – case in point: they’ve had five different leading scorers in their last 12 games, which doesn’t include Conley, who has missed the last five with a hamstring injury.

Following their championship-clinching Game 5 victory over the Los Angeles Lakers way back when, Billups summed it up quite well: “They may have had better individual players, but we always felt we were a better team.”

Utah just might be able to say the same thing this summer.