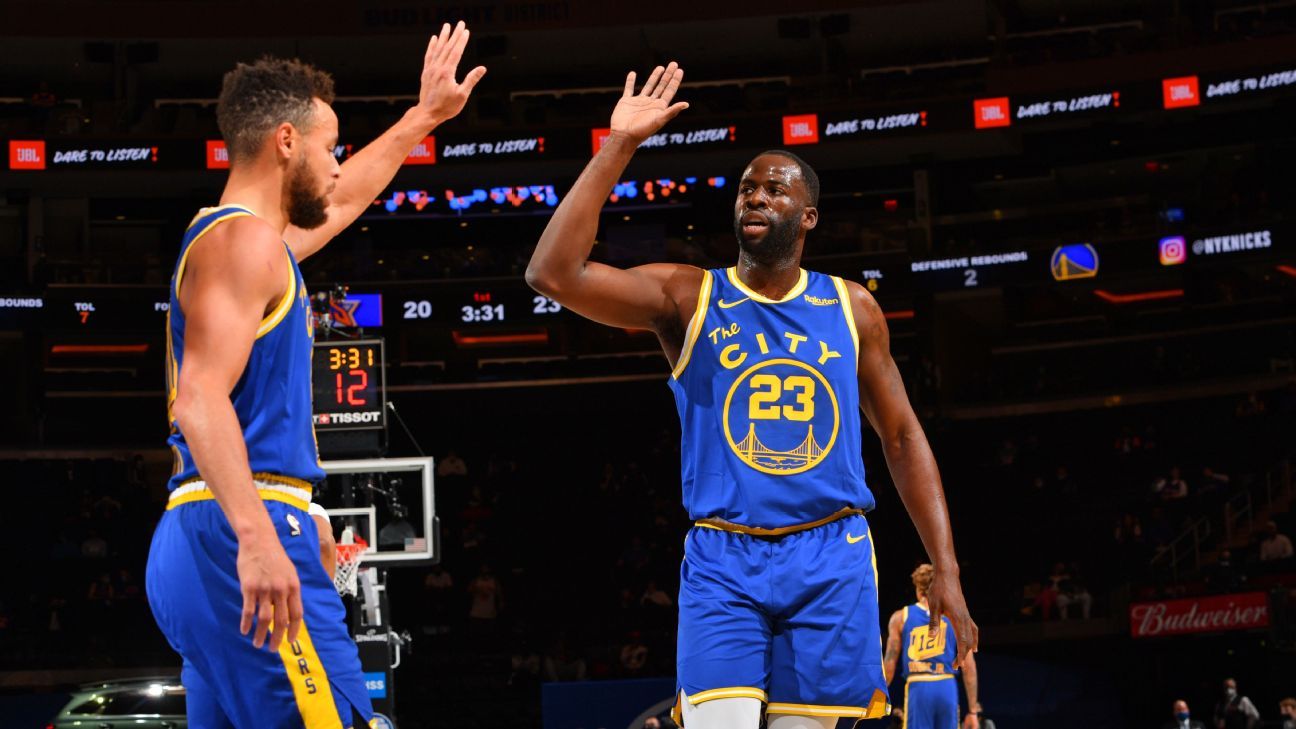 Nobody seems surprised by anything Draymond Green does anymore.

As frustrated as the Golden State Warriors were after Green’s meltdown late in Saturday’s 102-100 loss at the Charlotte Hornets — a game in which Green picked up a pair of late technical fouls and an ejection in the final seconds that led directly to the Hornets’ stunning win — nobody in the organization seemed shocked to the point they couldn’t believe what had transpired.

They know that fire is what drives him — and their team — most. And they know there’s always a chance that both player and organization can get burned.

But they also understand that there is another side to Green, the one that spoke passionately about his Saturday mistakes during a video conference with reporters on Monday. The player who took the blame for his actions and vowed he would be able to control himself if a similar situation presented itself. That’s the person so many in the Warriors organization have grown to love over the past decade.

Draymond Green shares how disappointed he was in himself after being ejected from the Hornets game.

And that’s why nobody was surprised to see Green respond the way he did during Tuesday’s 114-106 win at the New York Knicks. The veteran forward racked up seven points, 12 assists, nine rebounds, three steals and two blocks in 37 minutes. For all the emotional flaws Green has shown over time, the Warriors are buoyed by the belief that when they need him the most, the soon-to-be 31-year-old will be at his best.

“He’s just a winner,” Warriors head coach Steve Kerr said after Tuesday’s win. “He’s so competitive, and he’s such a smart basketball player and he’s so versatile in what he does that when his mind is right, when he’s locked in, he’s a great basketball player. He still impacts winning as much as almost anybody in the league, save for a select few superstars. What he does out there night in and night out, everybody on our team recognizes that.”

Kerr made it a point prior to the game to say he felt that Green knew exactly how much he meant to his younger teammates. As much as all the younger players love playing with star guard Stephen Curry, it’s Green — and the journey he has been on since being selected in the second round of the 2012 NBA draft — who resonates more than anything else in the locker room.

Many of Green’s younger teammates idolize him for the niche he has been able to create for himself, something that has been on display since last season and that was reinforced in recent days as player after player stood behind him in the wake of his latest emotional outburst.

Out of all the adjustments the Warriors have had to make since the breakup two summers ago of the group that went to five straight NBA Finals, one of the most interesting is that Green and Curry have very quickly gone from respected leaders on a team full of veterans to the two veterans (alongside injured guard Klay Thompson) on a group full of younger players. It’s a change that Curry acknowledged has been a challenging part of the growth of the new-look Warriors.

“We have a lot of energy spent and a lot of focus on playing at a very high level and being consistent every night,” Curry said, “but you still have to be aware of how we’re developing guys, instilling confidence, encouragement, meeting guys where they are depending on the ups and downs of the season. And it requires a huge commitment. I think we understand that, we try to do our best with that, but it’s part of the newness of what this year is, and it’s going to be a season-long learning lesson.

“So there’s no way to kind of cheat your way through that; you kind of have to go through it and experience it, and everybody has to be just committed to what we’re trying to do. And I think that’s the best part about our team; everybody in the locker room, win or loss, we have that. And we have that respect for each other so we can grow together.”

It’s a part of a new level of growth for Green. He admitted one of the reasons he felt so bad about his actions on Saturday was because he felt like he let his younger teammates down, especially without Curry on the floor.

“It heavily impacts it,” Green said Monday, while discussing the changes in the locker room from being an older player to be younger. “Just not having those older vets, per se, to kind of give you that perspective. You just have to find it. It’s a completely different situation than I became accustomed to being in or being a part of, but you just have to find it. It’s all a part of growth. You’re not going to stay the young guy forever.”

Part of the reason Kerr and the Warriors continue to be so patient with Green is because they know the adjustment in leadership that continues to take place.

“David West was the guy who could literally physically pick Draymond up and bear-hug him and wrestle him away from a situation,” Kerr said Monday. “And he had the respect from Draymond to back that up. This team, you’ve got younger guys. They might not feel as comfortable doing something like that, so it’s a different dynamic, for sure. I think Draymond understands that, we understand that, but there are going to be times, for sure, where we’ve got to help him keep from crossing that line; it’s just how he’s built.

“He’s so competitive and fiery, he’s going to lose it sometimes. And we’ve got to all try to keep him from crossing that line, but that mostly comes from within.”

It’s why Curry, who was not on the floor at the end of Saturday’s game because he was in the locker room battling an illness, is confident he will be able to get through to Green in the event he has another outburst down the line.

“Absolutely,” Curry said. “We’ve been through a lot of different experiences together, and we have the utmost respect for each other, no matter what we’re going through and what the situation is. I can’t give you the transcript, but I know exactly how to connect with him and keep him focused. The same for me; he challenges me, keeps me accountable on the court in different ways.

“So the way that he’s responded in the last two days since says a lot about who he is and holding himself to a high standard and that sense of accountability, and I think it’s very genuine. And we rock with him for that, so just keep moving in the right direction.”

Green’s passion is one of the reasons he continues to be so respected through the years. Knicks coach Tom Thibodeau, who coached Green as a member of Mike Krzyzewski’s Team USA staff during the 2016 Rio de Janeiro Olympics, believes Green’s energy just needs to be channeled, not muted.

“Steve probably said it best: Sometimes an emotional guy, that’s what fuels him, that’s what makes him go,” Thibodeau said prior to Tuesday’s game. “So you don’t want to take that away from them.

“Draymond is a special player; you don’t want to take that away, but if sometimes it goes over the edge [and] you got to talk to him. But what he brings to that team is very unique and special, and that’s what makes that team what it is.”

That’s why Kerr continues to support Green. If the Warriors are going to get back to where they feel they belong, Kerr knows it is Green’s emotions that will help get them there.

“All you have to do is look at his track record,” Kerr said. “He was a winner in high school, a winner at Michigan State and a winner in the NBA. So it’s just who he is. He’s a champion, and he’s a competitor and he’s a great basketball player — and sometimes he snaps. That’s just the way it is, and we’re very happy to have him. We’re always going to deal with his outbursts, because at his core, he loves his teammates, he loves the team. He’s got a great heart, and he’s always going to fight.”