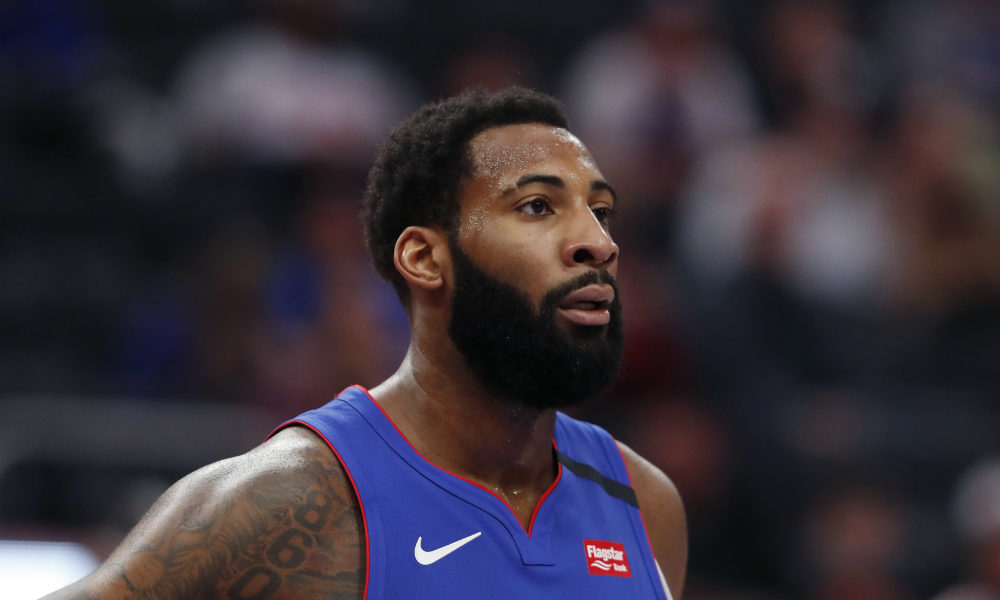 Cheap in the sense that you wouldn’t have to give up a whole lot of assets outside of matching salaries to get him. You probably won’t do much better for such a low price. Who wouldn’t want someone who averages 17 points, 13 rebounds, almost three assists, and at least one block and one steal a game for pennies on the dollar?

The only reason why the Cleveland Cavaliers are getting rid of him is that they got the younger, more effective big in Jarrett Allen who fits their timeline like a glove. The Land wasn’t big enough for both Allen and Drummond from the start, so the latter’s exodus seemed unavoidable.

But what will hang over both his and Cleveland’s heads is that when they got him for spare parts last year, which signified what his value truly was to NBA teams. Now, asking for spare parts in return for Andre Drummond might be too optimistic when this situation is done and over with.

There aren’t a whole lot of teams that have $28.75 million in deadweight contracts or trade exceptions for that matter – the one that the Boston Celtics possess from the Gordon Hayward trade is $250,000 (give or take) lower than Drummond’s current salary, and even if they could match, they’d have to get rid of $5+ million to fit him into their team salary. The ones that do aren’t in dire need of someone like Andre Drummond or would probably rather save what they have for someone better.

But any NBA viewer who’s watched Andre Drummond knows the real issue with acquiring him. His numbers can wow you as much as his winning percentage can put you off. But that red flag has been the monkey on Drummond’s back for quite some time now.

OK, so Andre Drummond is never going to be ‘the guy’ on a championship team, or even be included in a vaunted ‘Big 3’ that the NBA has so heavily popularized. That ship has sailed. The question that remains is if he can be an effective player on a winning team in the NBA. The fact remains that Drummond has minimal playoff experience – eight games total – and zero playoff success to his name. But is that on him?

Let’s go back to the most team success Drummond has ever had as a pro. The best team Drummond ever played for record-wise was the 2015-16 Pistons. They went 44-38, snagged the last playoff spot in the Eastern Conference and were promptly swept by the LeBron-led Cavaliers. Drummond was not all that great in that series, putting up around 17 points, nine rebounds, and nearly two blocks per game to go with almost 52 percent shooting, according to Basketball-Reference.

But for a player whose harshest criticism centers around his stats being empty calories, the Pistons were demonstrably better when Drummond was on the floor. According to NBA.com, Detroit’s offense scored 8.8 more points per 100 possessions and surrendered 11 fewer points per 100 possessions when he was on the floor. The Cavaliers may have taken care of business against Drummond and co., but he was doing his part.

It’s worth mentioning that the Pistons gave the Cavaliers a better fight than your typically-swept eighth seed. The point differential between the two over the four games was 5, 17, 10 and 2. Not bad for a team going up against the soon-to-be-crowned champions in the first round.

But that was the furthest Drummond ever went, all back when he was considered the face of the Pistons. The best players surrounding him at that time were Tobias Harris, Reggie Jackson, Marcus Morris and Kentavious Caldwell-Pope. All of whom were either previously or are currently reliable supporting cast on good teams, but none of them would ever be considered the main ingredient on a championship team.

Five years later, we’ve known for some time now that Drummond isn’t that guy either. However, what we don’t know is what he would look like if his role was relegated to more of a complementary type. When this saga with Cleveland concludes, that’s probably where he’s headed.

If there’s one thing interested suitors should be excited about with the prospect of bringing in Drummond in a smaller role, it’s that we’ve seen players in similar situations as Drummond thrive in it. Take Andrew Wiggins.

Wiggins came into this league with expectations that, at this point, he’s never going to fulfill. One could argue that the results make him look like a disappointment while another could counter that point by saying that maybe our expectations were a little too high. In any case, that doesn’t matter now because, in Golden State, he’s had a fresh start, and he’s rolled with it.

With more energy at his behest, we’ve also seen Wiggins step it up on the defensive side of the ball that… he might actually be making a case for NBA All-Defense?!

Top defenders this season by defended field goal percentage with a minimum of 200 DFGA:

Some guys just need to find the right role for them. Andrew Wiggins has seemingly found who he truly is in Golden State. We shouldn’t care anymore if that means he’s never going to be a star. On the flip side, some guys are just meant to be in a starring role. Gordon Hayward flustered Celtics fans with his inconsistency and indecisiveness because being fourth in the pecking order was not what he was used to nor he was brought on to do in the first place. Now we’re seeing a renaissance from Hayward because Charlotte has tasked him with much more responsibility.

We’ve seen Drummond in a starring role, and from what we’ve seen, even though he can put up bedazzling numbers, his team doesn’t benefit much from what he does on the court. But maybe, just maybe, it might be because they expected too much from him much as we all did with Wiggins.

Now, of course, we need to confront the elephant in the room: Wiggins is a wing while Drummond is a big. Those are two very different positions, especially in the modern NBA. There’s no telling if we’re going to see Drummond make the same adjustment. We’ve seen centers – specifically ones that possess similar skillsets as Drummond – have to adapt to lesser roles, and it hasn’t been pretty.

Hassan Whiteside was one of Miami’s go-to guys before Portland acquired him to be Jusuf Nurkic’s temporary replacement. Now, he’s playing spot minutes as Sacramento’s third center on their depth chart. DeAndre Jordan was a vital cog in Lob City before he went to Dallas and was used as salary filler to acquire Kristaps Porzingis. Now he’s the starting center for one of the worst defenses in the NBA.

When that time arrives, we’ll see if Drummond really is an empty calorie big as his critics have pointed out, or if he’s a product of mediocrity just dying to prove he can contribute to a good team.

5 NBA players who could be traded before the end of December
Player Lakers nation was ready to move on from has unlocked Anthony Davis
How did the Sacramento Kings finally find their formula?
Chris Paul is trending on Twitter thanks to ridiculous Kanye West accusation
Draymond Green addresses Lakers trade rumors