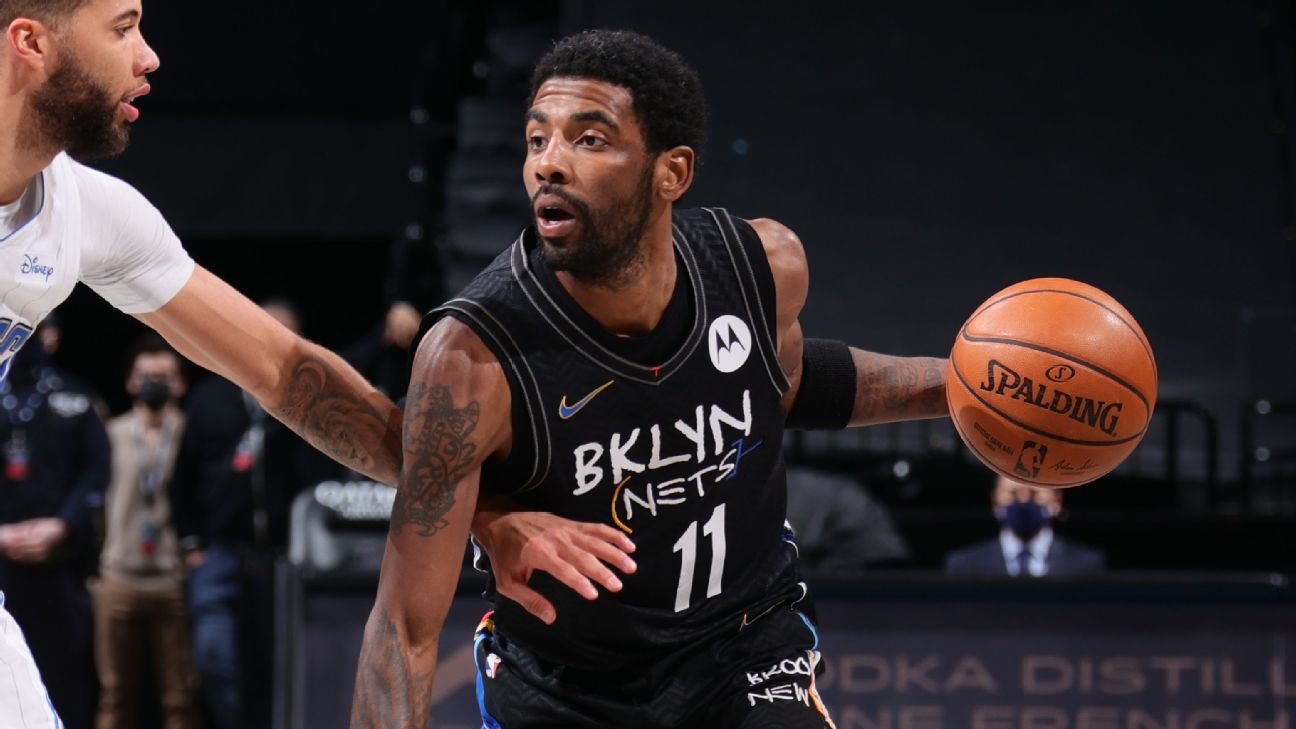 NEW YORK — One day after posting on social media that he would like to see the NBA logo changed from Jerry West’s silhouette to Kobe Bryant’s, Brooklyn Nets star Kyrie Irving reaffirmed his stance and said he’s OK if he’s a leader of the conversation.

“We want to set a standard and precedent, like this is excellence,” Irving said on Thursday, after the Nets defeated the Orlando Magic 129-92. “Kobe Bryant. Logo. Yes. Needs to happen. I don’t care what anyone says.”

In an Instagram post on Wednesday, Irving put up a photo of a modified NBA logo with Bryant swapped out as the figure in the middle with the caption, “Gotta Happen, idc what anyone says. BLACK KINGS BUILT THE LEAGUE.”

Irving said Thursday night, “I want that to be something in history that is changed forever, that our generation was part of that change. And if that means that I have to lead that forward and get the conversation going, then great.”

In 2017, West said on ESPN’s The Jump that while it is “flattering” to be depicted as the symbol of the league, “I think if I were the NBA, I would be embarrassed about it. I don’t like to do anything to call attention to myself. If they would want to change it, I wish they would. In many ways, I wish they would.”

Irving said that he understands that his proposition didn’t appeal to everyone.

Since Bryant’s death in a helicopter accident in January 2020, the idea of changing the logo to Bryant’s silhouette has gained traction. A change.org petition in support of the idea has gained 3.2 million signatures since early 2020. The creator of the NBA logo, Alan Siegel — current CEO and president of the brand identity and communications consultancy firm Siegelvision — told Newsweek at the time, “It’s quite clear that [Bryant] was a very respected figure by players and around the world and this is a really serious thing that should be considered by the league.”

Irving said Thursday that by advocating to make Bryant the logo, he didn’t intend to disparage any of the other players who have had sizable impacts on the league.

“I think he deserves it,” Irving said. “I think his family deserves it. I think we deserve it as seeing greatness personified as Mamba. And anyone that’s coming into the league should know that that’s the example that was set.”