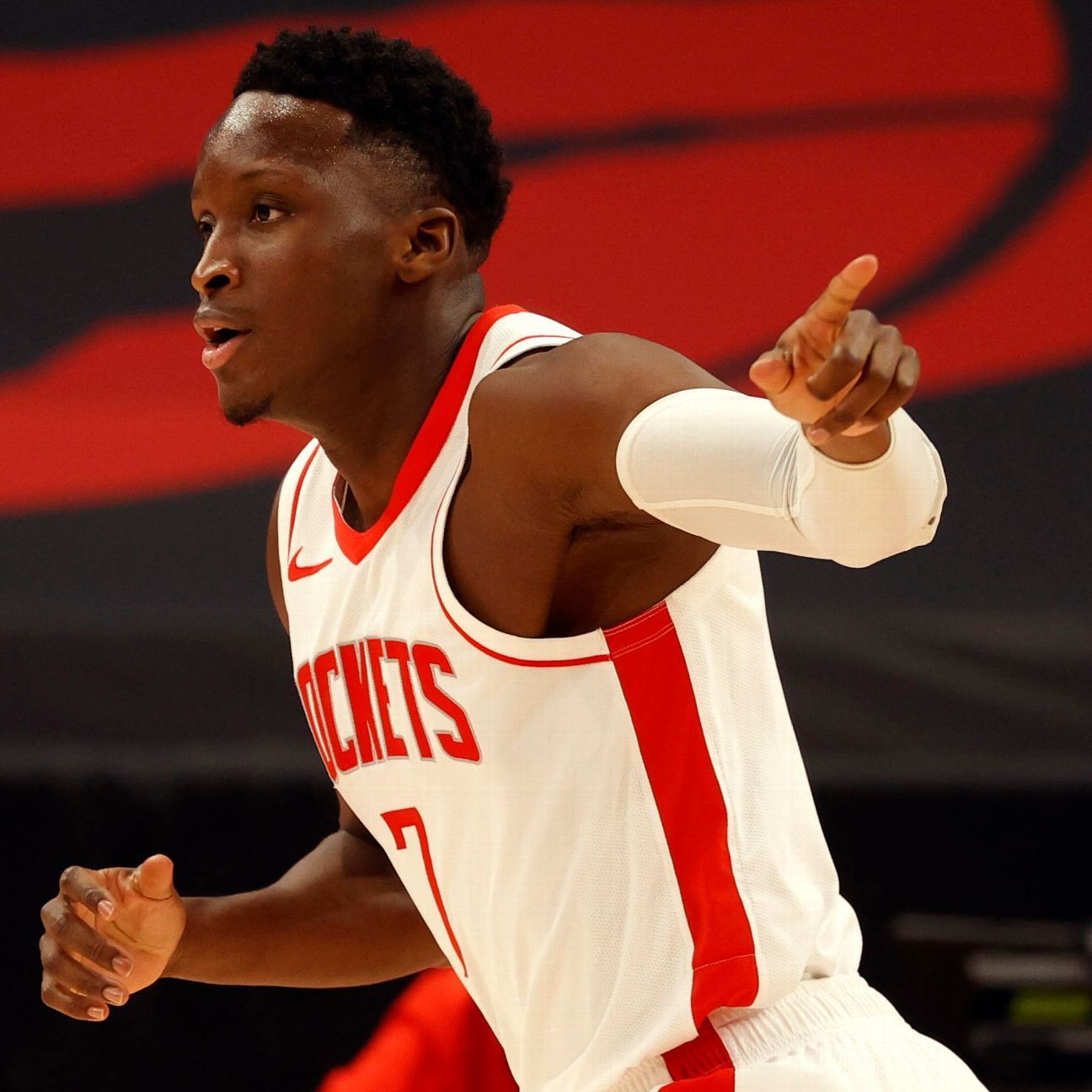 As expected, Oladipo is pursuing a longer-term deal, sources said, something that the Collective Bargaining Agreement doesn’t allow the Rockets to offer him until the offseason.

Oladipo’s in the final year of a four-year, $85 million contract, which leaves the Rockets with decisions to make prior to the March 25 trade deadline — including whether they’ll make him available in trade talks. The transitional state of the Rockets’ roster makes it likely they’ll listen to overtures as they continue to get to know Oladipo — and he gets to know them — since the mid-January trade that brought him from Indiana as part of the James Harden blockbuster.

For the Rockets, amid a post-Harden and Russell Westbrook era, there are a number of options with Oladipo, including weighing his value in the trade deadline marketplace, committing to aggressively pursuing a long-term deal in the summer, working with Oladipo on getting value back in sign-and-trade talks in the offseason or letting him walk to use the cap space on other players in free agency.

It is typical that teams become more focused in pursuing trades closer to the deadline, which is still a little less than four weeks away. Houston has yet to engage with teams on trade talks involving Oladipo, sources said.

Nevertheless, Oladipo, 28, has the chance to become one of the best two-way players available at the trade deadline or free agency. Miami and New York are among teams who’ve had an interest in Oladipo, and both have the salary-cap space to sign him outright in the summer.

Before the start of free agency, Houston would be able to allow him as much as a four-year, $113 million extension; once free agency comes, Houston can offer up to four years, $151 million, or five years, $195 million.

Oladipo has averaged 18.9 points, 4.9 rebounds and 4.8 assists in 13 games with the Rockets this season. For his nine-year career, including stops with Orlando, Oklahoma City and Indiana, he’s averaged 17.4 points, 4.6 rebounds and 3.9 assists. Oladipo has also shown the ability to be a top defender.

‘Band is back together’: Giannis, Middleton return
Dubs dig in as Steph tossed for mouthpiece throw
The Whiteboard: Ranking buyers and sellers at the NBA Trade Deadline
Raptors vs. Warriors prediction and odds for Friday, January 27 (Toronto strong underdog play)
Everything LeBron James and Lakers said about controversial loss in Boston