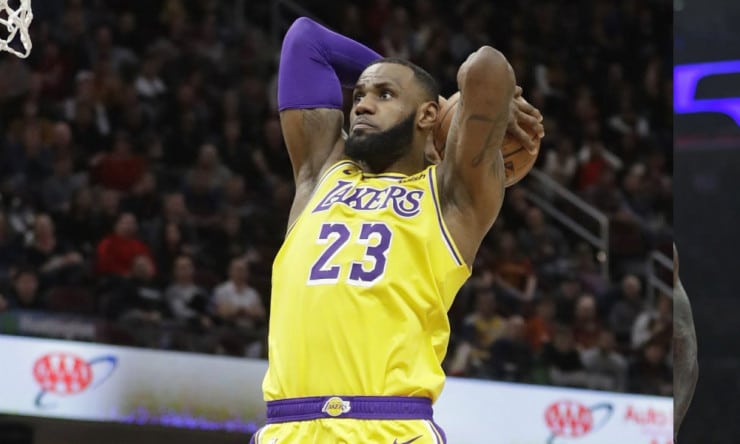 This year marks the 70th edition of the NBA All-Star Game, an event that began in 1951. Atlanta, for the third time and first since 2003, is set to host the festivities; one of the league’s more memorable All-Star games, the Eastern and Western All-Stars combined for more than 300 points as the East prevailed 155-145 in the lone double-overtime game in the contest’s history. Despite the awkward circumstances surrounding the event, here’s hoping the 2021 iteration can be just as eventful!

So, without further ado, here’s a primer on this year’s All-Star Sunday, featuring noteworthy nuggets, matchup analysis and predictions.

Let’s start with the festivities taking place before and at halftime of the All-Star Game, beginning with the Skills Challenge. It’s always fun to pick a dark horse to win the obstacle-course competition that tests players’ dribbling, passing, agility and three-point skills — of the group, Nikola Vucevic of the Orlando Magic and Robert Covington (the lone non-All-Star participant) of the Portland Trail Blazers best fit that description — but who has the best chance to come away with the award? It would seem Luka Doncic, the Dallas Mavericks’ wunderkind, would be best suited to take home the hardware over the field.

Later, the Three-Point Contest is expected to be a flurry. Among the participants is a former champion: Stephen Curry, who won the contest back in 2015. Jayson Tatum and Jaylen Brown, the Boston Celtics’ two young stars, are entrants this year, as is Donovan Mitchell, who’s shooting a career-high 38.2 percent from beyond the arc this season. With Devin Booker, another former champion, expected to miss the contest due to a left knee sprain, Mike Conley has been tabbed to replace him. In a crowded field, Curry, inarguably the greatest shooter the game has ever seen, is deservedly the favorite. That said, this writer’s backing first-time All-Star Zach LaVine, who’s shooting a career-best 43.5 percent from three-point range this season while averaging over eight attempts per game. That’s also the highest three-point shooting percentage among this year’s participants.

As for the Slam Dunk Contest, which will take place at halftime of the All-Star Game, the three participants in this year’s competition are all taking part in the event for the first time. New York Knicks’ rookie Obi Toppin evokes comparisons to Amar’e Stoudemire, thanks in large part to leaping off two feet to throw down the thunderous dunks when he rolls to the rim after setting a screen. However, there’s a difference between being a powerful in-game dunker and one whose pageantry captivates the audience and earns them the top spot in this competition.

Trail Blazers’ guard Anfernee Simons stands at six-foot-three, making him the shortest participant in this year’s Dunk Contest, an advantage that adds to the excitement of jams from smaller entrants. However, Cassius Stanley, a rookie guard on a two-way contract with the Indiana Pacers, should be considered the favorite. At the 2020 NBA Draft Combine, he registered a maximum vertical leap of 44 inches, tied for the third-highest mark since 2000. And, at six-foot-five, the elevation he gets on his dunks will still stand out – case and point:

The Phoenix Suns are the fourth franchise Chris Paul has been named an All-Star with; the only other NBA players to accomplish that feat are Moses Malone and Shaquille O’Neal.

LeBron James is making his 17th All-Star Game appearance, the third-most behind Kobe Bryant (18) and Kareem Abdul Jabbar (19). Odds are, three years from now, there will be a new record holder.

LeBron wisely chose Giannis Antetokounmpo with the first pick in this year’s All-Star draft. The two-time league MVP has the highest scoring average in All-Star Game history, producing 27.3 points per game over his first four appearances. By the way, LeBron’s 385 points are the most in the event’s history.

The Duke Blue Devils and Kentucky Wildcats are the universities best represented at this year’s All-Star Game, with three alums from both schools earning a spot in this year’s matchup. The former Blue Devils, Jayson Tatum, Irving and Williamson, are all on Team Durant. The same goes for former Wildcat Julius Randle. Anthony Davis and Devin Booker are not playing due to injuries. Five All-Stars did not play at a Power Five school: Steph Curry, Kawhi Leonard, Paul George, Damian Lillard, and Sabonis.

Unfortunately, Joel Embiid and Ben Simmons are out due to contact tracing, per Adrian Wojnarowski of ESPN.

What this might mean for them matters most, but focusing on the impact their absence will have on the All-Star Game, it’s a devastating blow for Team Durant, who will now play without their starting center and defensive anchor. If ever there was a time for unconventional lineups, this is it, so perhaps Team Durant will experiment with units exclusively comprised of guards and wings. They’re also probably going to play Zion Williamson at the five more often than if Embiid was suiting up, which gives them a center who can participate on the fast break.

Even though Kevin Durant’s hamstring injury prevents him from participating in this year’s All-Star Game, his team remains loaded with some of the NBA’s best one-on-one scorers. That includes his teammates on the Brooklyn Nets, Kyrie Irving and James Harden, Kawhi Leonard, Bradley Beal, and Donovan Mitchell.

With Embiid out, Harden will have to shoulder more responsibility as a playmaker for his teammates. If the game is getting away from Team Durant while they take turns going one-on-one, it’s mostly on him to keep the ball moving and make sure they’re launching a dynamic offensive attack.

Conversely, Team LeBron should have no problem with that. Their captain’s assembled a roster of All-Stars who complement each other well, wisely selecting elite facilitators like Luka Doncic, Chris Paul and Nikola Jokic – he took Simmons, too. Team LeBron also has an abundance of potent three-point shooters, including Steph Curry, Damian Lillard, Doncic, Jokic, and Paul George. They can also play Giannis Antetokounmpo at the center, giving them a multifaceted approach poised to present problems for Team Durant.

Team LeBron projects to be more cohesive and dynamic than Team Durant, which is why they should be considered the favorite.

The Return of the Elam Ending

Last year’s NBA All-Star Game sparked a new trend where the fourth quarter is untimed and, in honor of Kobe Bryant, 24 points are added to the leading team’s total after three quarters to establish a target score. It made for a thrilling final frame, and so it’s no surprise the Elam Ending is back this year.

Basketball superfan, Mensa member, Ball State professor, and Cincinnati Reds groundskeeper Nick Elam created this alternative ending in 2007. The idea was born from a determination to see more action at the end of games rather than the trailing team fouling to extend the game, the leader stalling to protect a lead and players launching low-quality shots out of desperation.

Who Wins the Game and Who’s the MVP?

LeBron James is 3-0 since the NBA switched formats to have the two All-Star Game captains draft their rosters. Sizing up this year’s respective rosters, he seems poised to earn his fourth-straight victory.

LeBron has put together what should be considered one of the greatest passing teams in the event’s history; he’s flanked by Luka Doncic, Nikola Jokic and Chris Paul. As mentioned earlier, Giannis Antetokounmpo has the highest scoring average in All-Star Game history (27.3 points per game). Adding to his team’s dynamic composition is a bevy of lethal three-point shooters such as Steph Curry, Damian Lillard, Doncic, and Jokic. When it’s time for the final frame and the intensity ramps up, Team LeBron can get a bucket through various methods and seem like they should be able to effectively play off each other, putting them in pole position to emerge the victors.

When it comes to bringing home the MVP, LeBron taking over in the game’s final stages is a distinct possibility. So is Antetokounmpo earning the award for the first time in his career, Doncic dazzling with his passing and long-range prowess or Jokic delivering dimes with surgeon-like precision and scoring from all levels of the floor. But the prediction here is a hot shooting performance from Curry leads Team LeBron to a win while garnering the most valuable player honor for the seven-time All-Star for the first time in his career.

Suns roster: Kevin Durant trade package that would get the deal done
After months, WNBA fans finally see a glimpse of Brittney Griner in Russia
Joker’s wild: Nuggets, Jokic agree to $270M deal
Bulls offseason primer: Everything you need to know
Devin Booker lands supermax with Suns: Teaming up with Kevin Durant next?