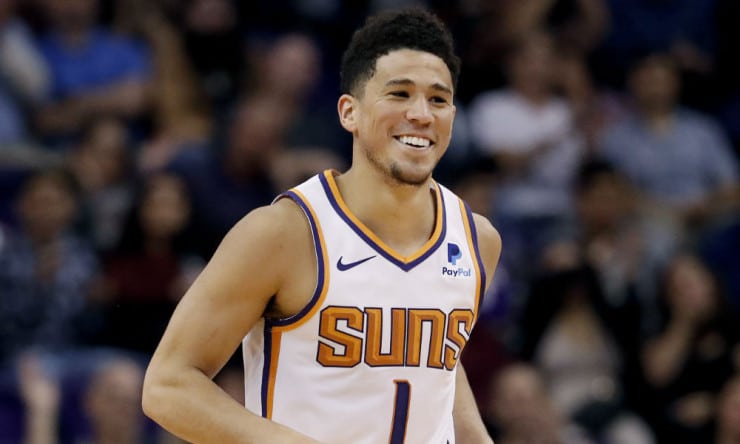 All it takes to flip the narrative is one stretch. One prolonged streak – whether good or bad – and suddenly, everything turns on its head. Then again, all it takes is one stretch to revert the narrative back to what it once was. Sacramento seemed well on their way to flipping theirs as the league’s laughingstock two years ago. Two years later, it panned out as one step forward and two steps back for them.

The Charlotte Hornets are often in a similar predicament. They can take pride in that there’s no depressing streak of decade-long playoff misses, but it’s not much better. Since Charlotte got the franchise back in 2004, they’ve made the playoffs three times, only have three playoff wins and haven’t moved past the first round.

In fact, the last time Charlotte moved past the first round of the NBA playoffs was before LaMelo Ball was even born. Every team goes through changes. Some years are better than others. Success and failure usually come in clusters. What goes up must come down, right? For the Hornets, they can’t really say they’ve come down if they’ve never really gone up much to begin with. That all starts at the top, with the most recognizable face in NBA history.

But to put it bluntly, Michael Jordan hasn’t been the best at running professional basketball teams. Both on and off the court, Jordan’s efforts never got Washington back into the playoffs as he ran the ship. Since taking over operations in Charlotte strictly as an executive, it’s been more of the same.

When a team underperforms, the executive gets blamed for generally poor roster construction. For a team to have to consistently underperform as Charlotte has, it requires a much deeper dive for what the executive did wrong, like:

Above, those are all sins that Jordan is very much guilty of committing during his time down south, and it has made for some pretty miserable times in Buzz City. That was, until now. Charlotte heads into the All-Star break with a record of 17-18, which has been good enough for the No. 7 seed in the Eastern Conference playoff race. Call it a so-so record, sure, but, boy, they’re fun to watch. A roster full of willing sharers, the Hornets dish it well – currently fourth in assists per game at 27.1 – while also consistently canning from deep, hitting on 38.5 percent from three, according to Basketball-Reference.

This might just be the most exciting Hornets team assembled since the days of Alonzo Mourning and Larry Johnson. And it’s all thanks to… Michael Jordan?!

As it turns out, yes. After years of draft flops, max contract flops and a revolving door of head coaches, Jordan’s work as an executive has given the Hornets newfound stability. As unlikely as it sounds, Jordan might just be building a case for Executive of the Year.

Jordan has a pretty bad history with free agents. Mainly because of the top-dollar he has paid to keep role players on the roster. Nicolas Batum, Cody Zeller, Michael Kidd-Gilchrist, Marvin Williams, Jeremy Lamb come to mind. The point of emphasis is that he pays a lot to keep his free agents – but bringing in free agents is another story.

Michael Jordan’s history of luring free agents to Charlotte actually isn’t that bad. Before 2019, his most prominent free agent acquisitions were Al Jefferson, who made the 2014 All-NBA Third Team the following year, and Jeremy Lin, who played a role in Charlotte’s most extensive playoff run (technically) on a cheap contract.

Signing up Gordon Hayward on a four-year deal worth $120 million after all that had gone down in Boston certainly left people scratching their heads. And stretching Batum’s massive contract to make room for him on top of that? That meant paying $40 million give or take for Hayward.

If they were getting Boston Hayward, that was another disaster in a laundry list full of them. If they were getting Utah Hayward, it might be another story. So far, they’ve been getting the latter. Hayward’s been putting up pretty much identical numbers those from that last year with the Jazz.

He’s not the only castoff Celtic to thrive in Charlotte. Remember when (almost) everyone trashed the Terry Rozier sign-and-trade? That had to do more with the Kemba fallout (which, in all fairness, made Jordan look really short-sighted) combined with Rozier’s crummy last year in Boston.

Honestly, Rozier wasn’t that bad his first year in Charlotte. Since they weren’t really much more than an afterthought then, it didn’t matter. The Hornets are a League Pass favorite, so Terry Rozier has evolved from ‘Scary Terry’ to ‘Very Scary Terry’ and ain’t that just merry?

Growing into one of the league’s most killer three-point snipers has fueled a career year for Rozier. Averaging 20.5 points on 49/44/82 splits has proven to be quite the rebound from Walker. Again, Jordan acquired Rozier believing that his production in the 2018 playoffs was no fluke. Much like Hayward, he’s been proven right.

And they’re not even Charlotte’s main course.

If there’s one thing Jordan gets wrong more than who he extends, it’s who he drafts. Even the best executives get a dud every now and then. For Jordan, it seems like clockwork.

Some of his failed picks weren’t seen as such at the time. Michael Kidd-Gilchrist and Noah Vonleh were praised when they were selected, they just didn’t work out. Even if Cody Zeller hasn’t done enough to justify being picked No. 3 in his draft, it’s not like those picked right after panned out much better. So in Jordan’s defense, some of his bad draft histories can be attributed to horrible luck.

Under Jordan’s tenure, the only Hornets pick before 2020 that panned out incredibly well for them was Walker. From 2006 to 2015, Jordan had a pretty rough stretch. That should all be put squarely in the past now because the last draft pick to flop under Jordan was Kaminsky.

He was picked over two franchise cornerstones, but Malik Monk is quietly having his best year as a professional. Miles Bridges is playing much more efficient basketball, despite lower overall numbers. An improved three-ball and block percentage have pegged PJ Washington as another potential undersized small-ball five in a league that craves them more than ever. But enough putting off the obvious.

Jordan snagging LaMelo Ball wasn’t deemed a bad move. In fact, there was a strong belief that he was Jordan’s smartest selection ever. Though his long frame and excellent vision gave him strong appeal, the iffy jumper and foreign competition bred questions if he could do it on the NBA level. He had the highest ceiling out of everyone in the draft but there were no guarantees. No one knew if Ball was going to reach it – and if he would,  he’d need time to do it.

Since James Borrego moved Ball to the starting lineup at the beginning of February, he’s averaged 20.7 points on 46/44/85 splits to do with 6.7 assists, 6.2 rebounds and nearly 2 steals per game. In just half a season, Ball looks like he is the centerpiece of Charlotte’s future.

Ball has lived up to expectations and then some. He’s played so well that the man upstairs admits that he wasn’t expecting the kid to be this good. After years of trying and failing to get that young superstar, it appears MJ’s search is finally over.

Not every brilliant move an executive makes is a slam dunk from the get-go, especially when you’re managing a small market team. In order to be with the best of the best, there must be risks as means of aiming for a higher end.

Jordan hasn’t quite escaped his front office label but the Hornets’ roster construction no longer operates on the sunk-cost fallacy as it did throughout the 2010s. Simply put, for them, it has proven to be Jordan’s best work.