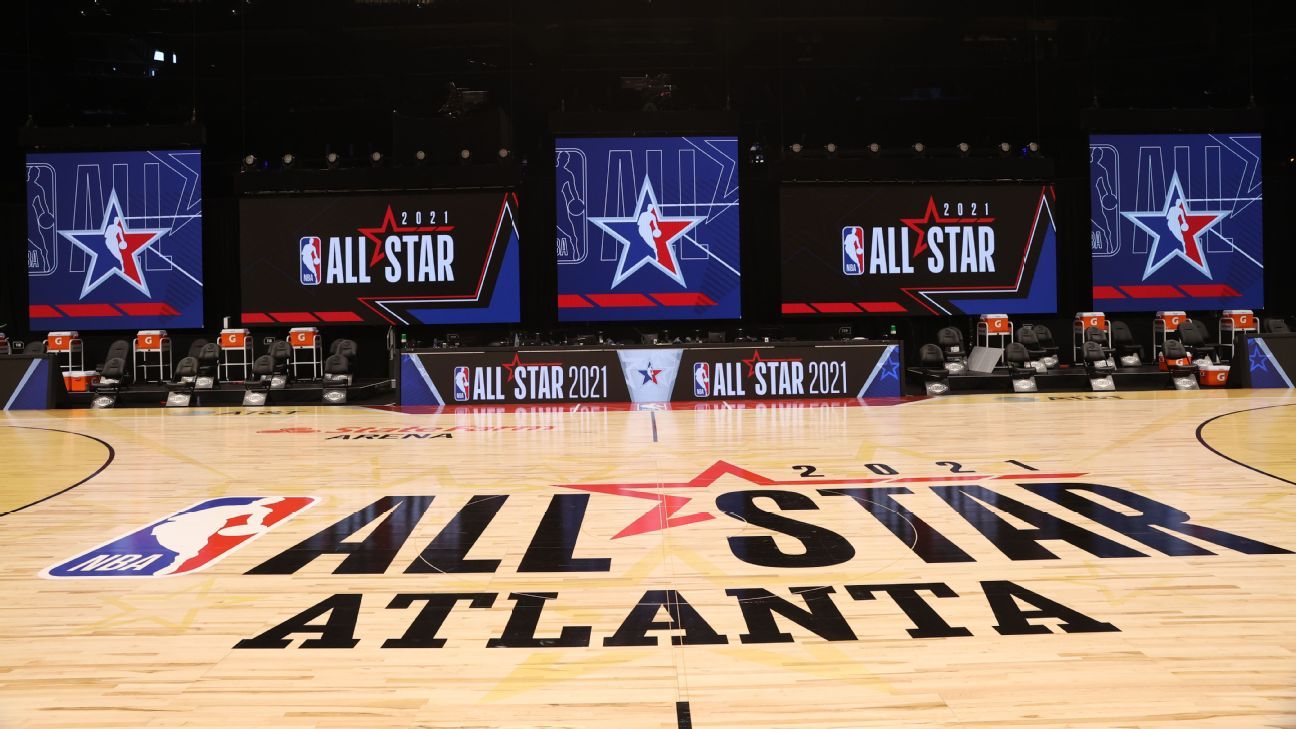 The NBA’s mini-bubble in Atlanta for the All-Star Game apparently worked.

No players, coaches or game officials tested positive for COVID-19 while in Atlanta, the NBA said Monday after the final tests were processed and results were returned to the league and the teams involved.

That includes Philadelphia’s Joel Embiid and Ben Simmons, a pair of All-Stars who had to miss the game and left Atlanta early after being flagged through contact tracing. A barber whom both saw before going to Atlanta tested positive, and that meant Embiid and Simmons were potentially exposed to the virus. By league policy this season they couldn’t play Sunday night.

“All players, coaches, and game officials were tested for COVID three times after arriving in Atlanta, including a final test immediately prior to last night’s All-Star Game,” the league said in a statement Monday. “Each of those tests returned a negative result, confirming no one on the court for last night’s events was infected.”

Embiid and Simmons have continued to return negative tests as well. It’s still unclear if they will be eligible to play when Philadelphia opens its second-half schedule in Chicago on Thursday.

“So far, so good as far as their testing,” 76ers coach Doc Rivers said. “They feel great. They both obviously wanted to play. We’re disappointed. Both of them, their biggest concern would be if they could play the first two games when we get back. So we don’t know the answer to that yet. That’s going to be really important for us. It would be tough to start the second half of the year and not have either one.”

All players and coaches who were involved in the game arrived in Atlanta on Saturday and left late Sunday following the game. Team LeBron, captained and selected by LeBron James, defeated Kevin Durant‘s Team Durant 170-150.

Some players questioned why the game needed to be played during the pandemic, and those questions persisted Sunday after it was revealed Embiid and Simmons could not participate. But the league and NBA commissioner Adam Silver insisted throughout the planning for the game that players would be safe in Atlanta.

And just as was the case last summer in Lake Buena Vista, Florida, where the NBA held the end of its regular season and then the entire 2020 playoffs in a bubble at Walt Disney World, the plan worked.

“Big shoutout to everybody that made this happen, to the players for coming down and participating, playing,” Phoenix All-Star Chris Paul, president of the National Basketball Players Association, said after the game. “There’s always a lot of back-and-forth on these different decisions, but once guys get here, I think they’re grateful for it.”

Gobert ejected for tripping Thunder’s Williams
‘X factor’: Alvarado erupts for 38 as Pels surge
5 NBA players who could be traded before the end of December
Domantas Sabonis, Tyrese Haliburton trade has been a win-win
Morant fined $35K for jawing at ref during game