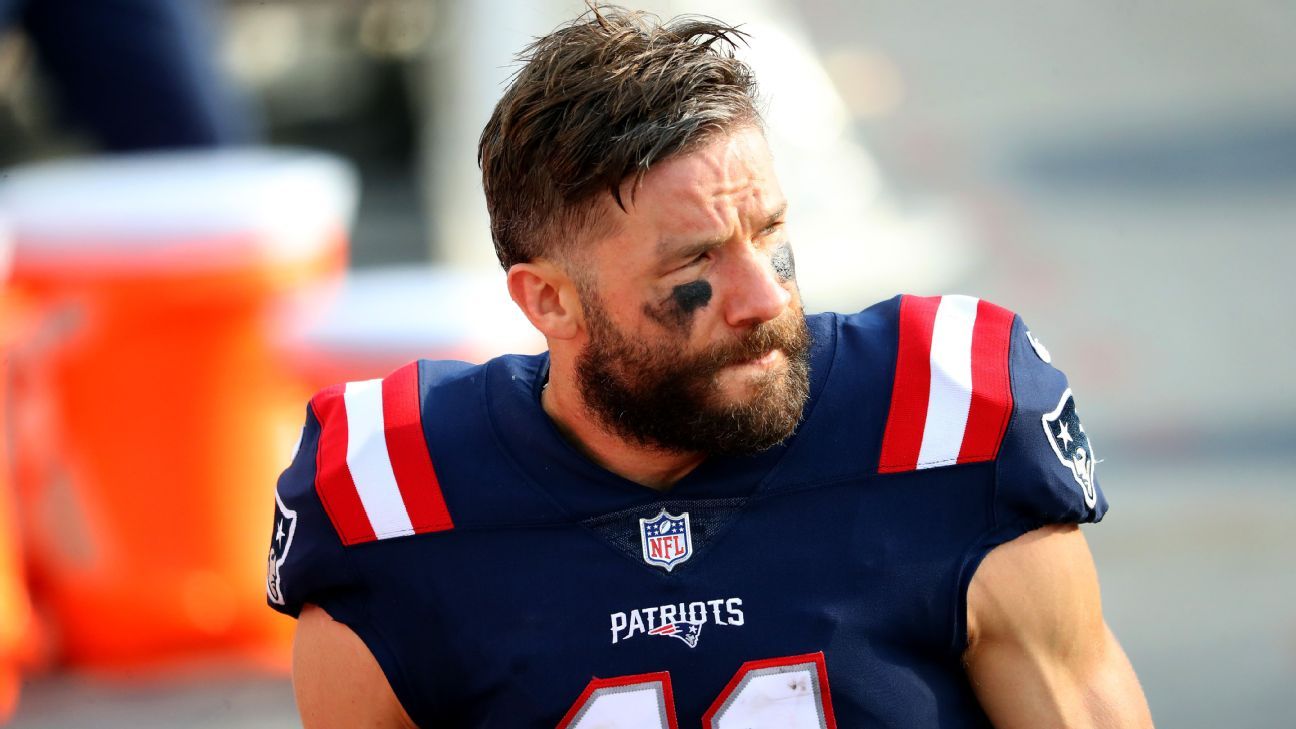 New England Patriots wide receiver Julian Edelman, who is Jewish, posted an open letter to Miami Heat center Meyers Leonard about Leonard’s use of an anti-Semitic slur during a recent video game livestream.

In a video that surfaced Tuesday on social media, Leonard can be heard saying: “F—ing cowards; don’t f—ing snipe me, you f—ing k— b—-.” Leonard apologized in an Instagram post, and he will be away from the Heat indefinitely, according to the organization, while the NBA conducts an investigation.

Edelman posted his letter to Leonard on Twitter on Wednesday morning, inviting him to a Shabbat dinner so they could talk.

The letter reads, in part: “I get the sense that you didn’t use that word out of hate, more out of ignorance. Most likely, you weren’t trying to hurt anyone or even profile Jews in your comment. That’s what makes it so destructive. When someone intends to be hateful, it’s usually met with great resistance. Casual ignorance is harder to combat and has greater reach, especially when you command great influence. Hate is like a virus. Even as an accident, it can rapidly spread.”

Edelman, 34, has become more comfortable speaking out against anti-Semitism in recent years.

Edelman and Jackson ended up talking after that, with Edelman later telling reporters: “We’ve stayed in touch. I think it was a healthy conversation. … I just wanted to not only show that I support my community, but also show that I’m here to help people in my league, because we’re all one.”

Fan who got into it with Draymond Green offers to match his $25k league fine
Morant fined $35K for jawing at ref during game
Top NBA picks and predictions today (Clippers Can Cover, Value on Total in Nuggets-Blazers)
Look: Trae Young roasts Knicks (again) with custom shoes at MSG
NBA refs are cracking down on traveling — whether teams like it or not