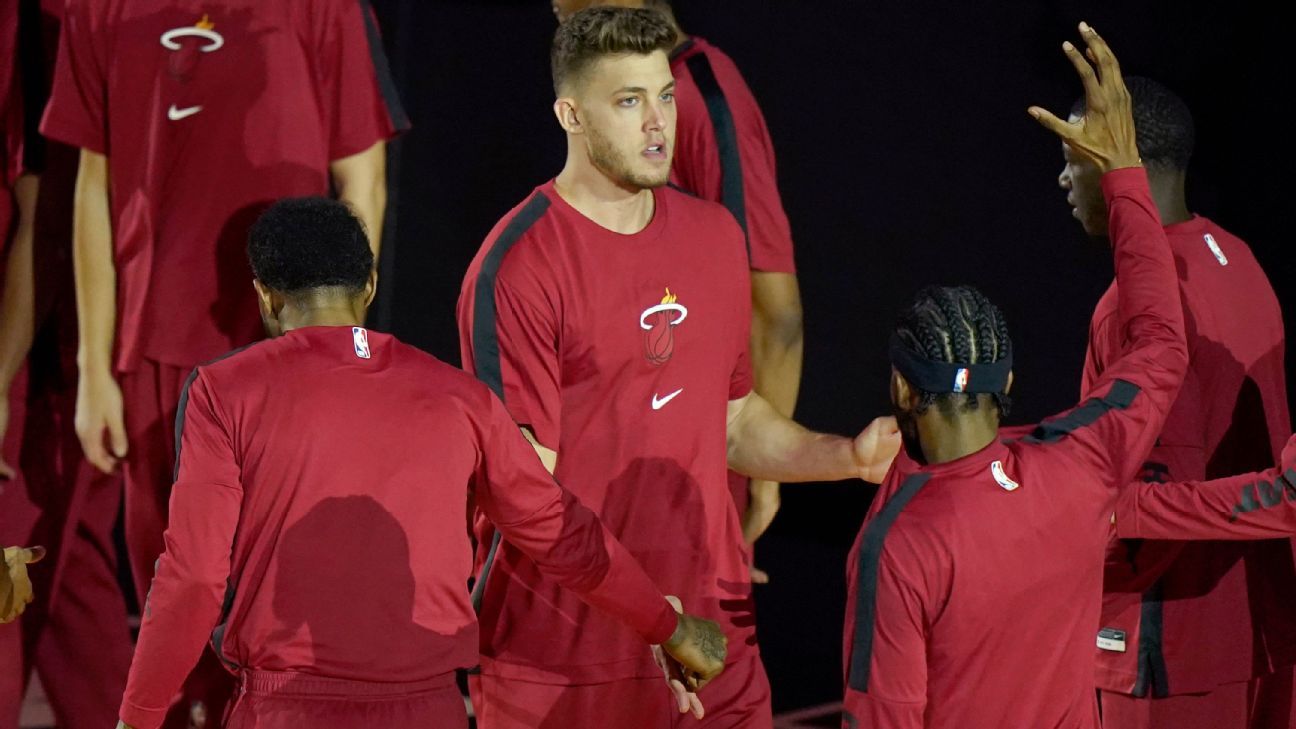 The NBA said Tuesday that it is looking into Miami Heat center Meyers Leonard‘s use of an anti-Semitic slur during a video game livestream.

In a video that surfaced Tuesday, Leonard can be heard saying: “F—ing cowards; don’t f—ing snipe me, you f—ing k— b—-.”

“We just became aware of the video and are in the process of gathering more information,” NBA spokesperson Mike Bass said in a statement. “The NBA unequivocally condemns all forms of hate speech.”

Leonard did not immediately respond to ESPN’s request for comment. The Heat said they would release a statement on the situation later Tuesday.

An avid gamer, Leonard has repeatedly discussed over the years how much he enjoys having a back-and-forth with fans on his Twitch feed.

Leonard has been out since Jan. 9 after suffering a shoulder injury that required season-ending surgery.