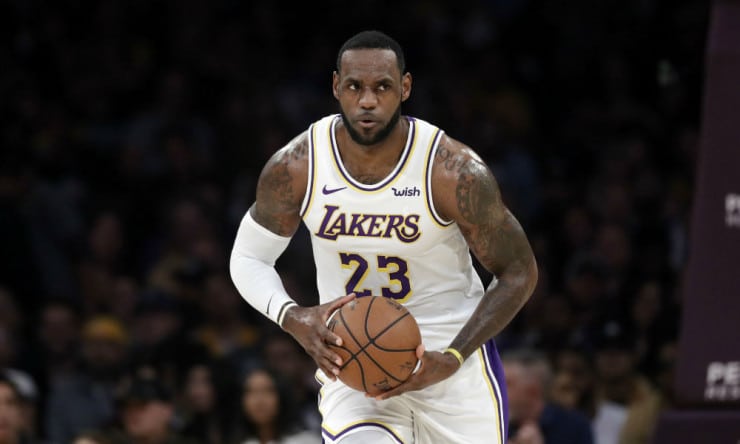 With the All-Star break over and the second half of the NBA season underway, it’s the perfect time to ponder questions such as what could happen at the trade deadline or how the standings might shake out over the course of the second half. Over the next few months, almost anything and everything could happen.

With that in mind, here are five bold predictions for the second half of the 2020-21 season.

The HEAT Trade for Kyle Lowry

The Toronto Raptors should be pragmatic at the trade deadline. In other words, they should trade Kyle Lowry.

The franchise icon is in the last year of his contract and, if he wishes to join a title contender, it’s the least they could do for him. Better yet, despite his age, they could still net a significant return for the 34-year-old. It’s interesting to consider Lowry headed home to Philadelphia to help the 76ers, but the Miami HEAT can make a more enticing offer.

The 31-year-old Jimmy Butler, like Lowry, isn’t getting any younger — and Pat Riley must do what he can to help him get back to the NBA Finals. A potential big-three of Butler, Lowry and Bam Adebayo might just get them there. But, would they part with Tyler Herro to get the veteran guard?

The Knicks Avoid the Play-In Tournament

Tom Thibodeau is as deserving of praise as any potential Coach of the Year candidate, as the New York Knicks return from the All-Star break in sole possession of the fifth seed in the Eastern Conference and sit just a half-game out of the fourth. They’re giving up the second-fewest points per 100 possessions, have an All-Star in Julius Randle and have an emerging young building block in RJ Barrett, whose game is growing significantly, especially on offense. He’s shooting 40 percent from beyond the arc since Jan. 1, per NBA.com, while he’s made meaningful strides as a facilitator.

Furthermore, Immanuel Quickley, who’s averaging 12.2 points, 2.4 assists and 2.3 rebounds per game while taking 4.7 threes per game and making them at a 38.1 percent clip, provides a spark for the Knicks off the bench and is going to make an NBA All-Rookie Team.

The Knicks have excellent team chemistry, consistently play hard and show no signs of slipping. They might not finish as high as the fifth seed, but expect New York to slip into the postseason ahead of the play-in tournament. They’ll be an underdog, but expect them to make life difficult for whichever team they face.

The Utah Jazz were unquestionably the NBA’s top team in the first half of the season. They entered the All-Star break with the league’s best record as well as its highest plus-minus, net rating and fourth-most points per 100 possessions while yielding the fourth-fewest.

The question is whether the Jazz can continue to play at this level in the second half. They’ve built a 2.5 game lead over the Phoenix Suns, who surged into the break, winning eight of their last 10 games. The third-seeded Los Angeles Lakers, meanwhile, trail Utah by just 3.5 games. But with a rejuvenated LeBron James, coupled with the return of Anthony Davis, it’s not hard to see the Lakers overtaking the Jazz for the top seed in the West.

Los Angeles might prioritize the health of their two stars, as opposed to their spot in the standings, down the stretch, so don’t be surprised if the Jazz hold their spot at the top of the West. That said, the Lakers have more than enough talent to close the gap — and home-court advantage throughout the postseason could go a long way in getting the Lakers back to the NBA Finals.

There have been seasons in which James has prioritized preserving himself for the playoffs, a wise decision that has certainly helped him become a four-time NBA champion, but came at the expense of being named the regular season’s Most Valuable Player. That said, James has inarguably deserved the award on more than the four occasions in which he’s actually taken it home.

As it pertains to this season, no one is currently more deserving of the league’s most prestigious individual regular-season award than Joel Embiid. He’s having a career-year, leading the Philadelphia 76ers to the best record in the Eastern Conference while averaging the second-most points per game, fifth-most rebounds and ranking second in player efficiency rating, win shares and box plus-minus.

However, the MVP award is a narrative-driven one — and the most compelling story is James, at 36-years-old, earning the award for the fifth time in his career. If he can push the Lakers to the top seed in the Western Conference, there should be no uncertainty as to who is this season’s MVP.

The Clippers Go One And Done

The Los Angeles Clippers have the fourth-highest plus-minus in the NBA, the fifth-best net rating and they’re scoring the seventh-most points per game.

However, the Clippers have been bad in close contests, just 7-11 in games within five points in the final five minutes. They’re registering the second-fewest points per game in crunch time, averaging just 6.1 per contest. They are just 18th in the NBA in assists per game.

Altogether — and given their complete collapse last season — it’s tough to trust the Clippers as we inch closer to the postseason.

Defensively, as good as the Clippers are on the perimeter and despite the addition of Serge Ibaka, they’re providing almost no resistance at the rim. Los Angeles is allowing the fifth-highest field-goal percentage at the basket and rank in the bottom 10 in opponent points in the paint per game, per NBA.com.

The Clippers are currently fourth in the West and, were the postseason to start today, a rematch with the team that overcame a 3-1 deficit to eliminate them last year, the Denver Nuggets, would be waiting for them. While the Nuggets struggled out of the gate, they surged into the second half; Denver, lead by MVP candidate Nikola Jokic and his 27.1 points, 11 rebounds, 8.6 assists and 1.6 steals per game, finished 8-4 in their last 12 games prior to the break. Could the Clippers exorcise last year’s demons? Or would the ghosts of postseason past come back to haunt the Clippers?

There are plenty of games left — perhaps the Nuggets and Clippers don’t even meet in the postseason’s first round. But, should they meet, expect history to repeat itself.