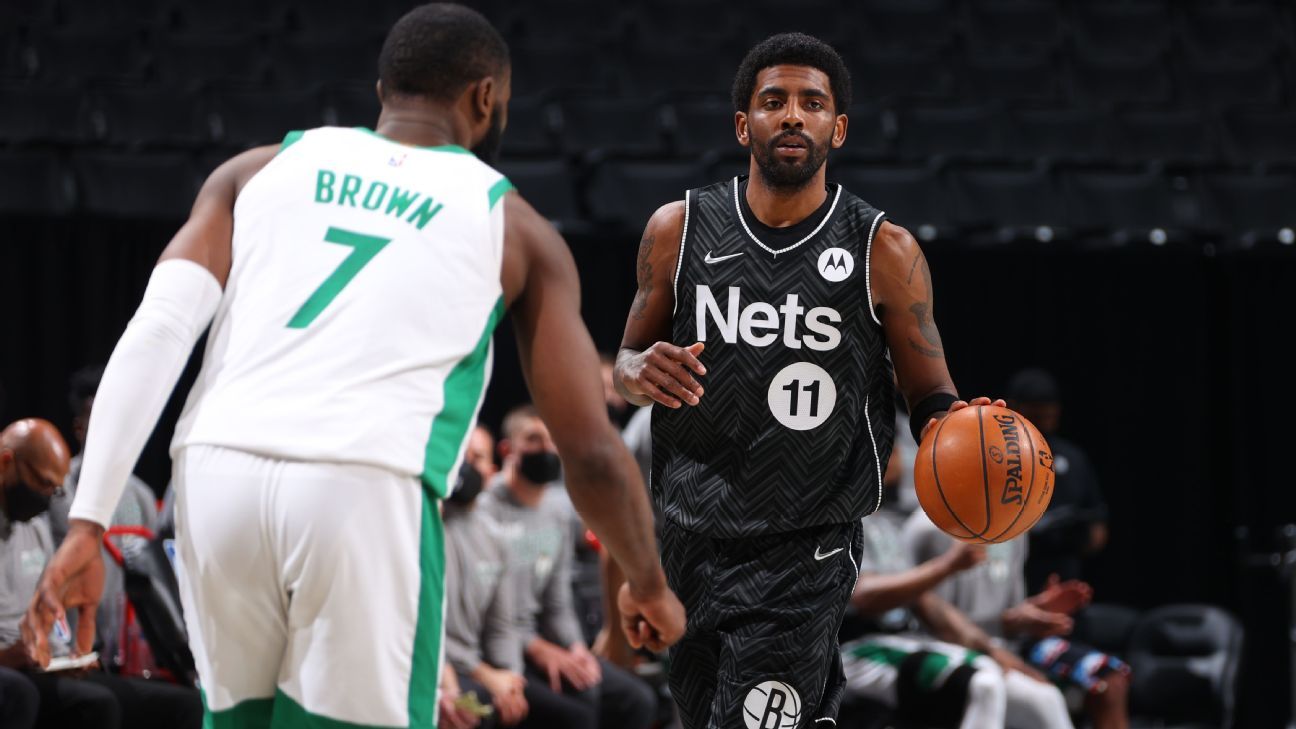 NEW YORK — Kyrie Irving tied his season high of 40 points on Thursday night against the Boston Celtics, notching his fifth game with 40 or more points since joining the Brooklyn Nets prior to the 2019-20 season. Only two players — Vince Carter and John Williamson — have had more such games for the franchise.

After the Brooklyn Nets‘ 121-109 win over Boston, Irving hugged his former teammates before walking off the floor.

“Big surprise to a lot of people,” Irving said in jest. “All that s— talking about me and all the relationships I have with every former teammate of mine.”

Irving played for the Celtics from 2017 to 2019. The Nets’ guard has scored a combined 77 points against Boston this season. Still, Irving said facing his former team didn’t necessarily add extra fuel to his game, but that he expected to see the Celtics in the playoffs.

“I’m just waiting for the main stage,” Irving said. “Playing in front of millions of people and it actually mattering in terms of win or lose or go home. I’m looking forward to that, but games like this in the middle of the season against guys that you know well, that’s always a blessing.”

Irving’s former teammate Marcus Smart called Irving’s performance “vintage Kyrie,” but added that the sharpshooters around Irving made the Nets particularly tough to guard. Landry Shamet had 18 points for Brooklyn off the bench, while Joe Harris added 12 points and Jeff Green finished with 11.

James Harden had 22 points and 10 rebounds for the Nets, who have now won 11 of their past 12 games. After the game, Harden said that early on, he could feel the team was shaking off a bit of post-All-Star rust, but that Irving helped carry them to a win.

“He’s a different breed,” Harden said of Irving. “He has that killer mentality in a sense of, no matter who we play or where we’re playing, he is going to go out there and try to destroy the opponent, and that’s something that you’d want on your team at all times. That mentality is what sets him apart from a lot of guys in this league.”