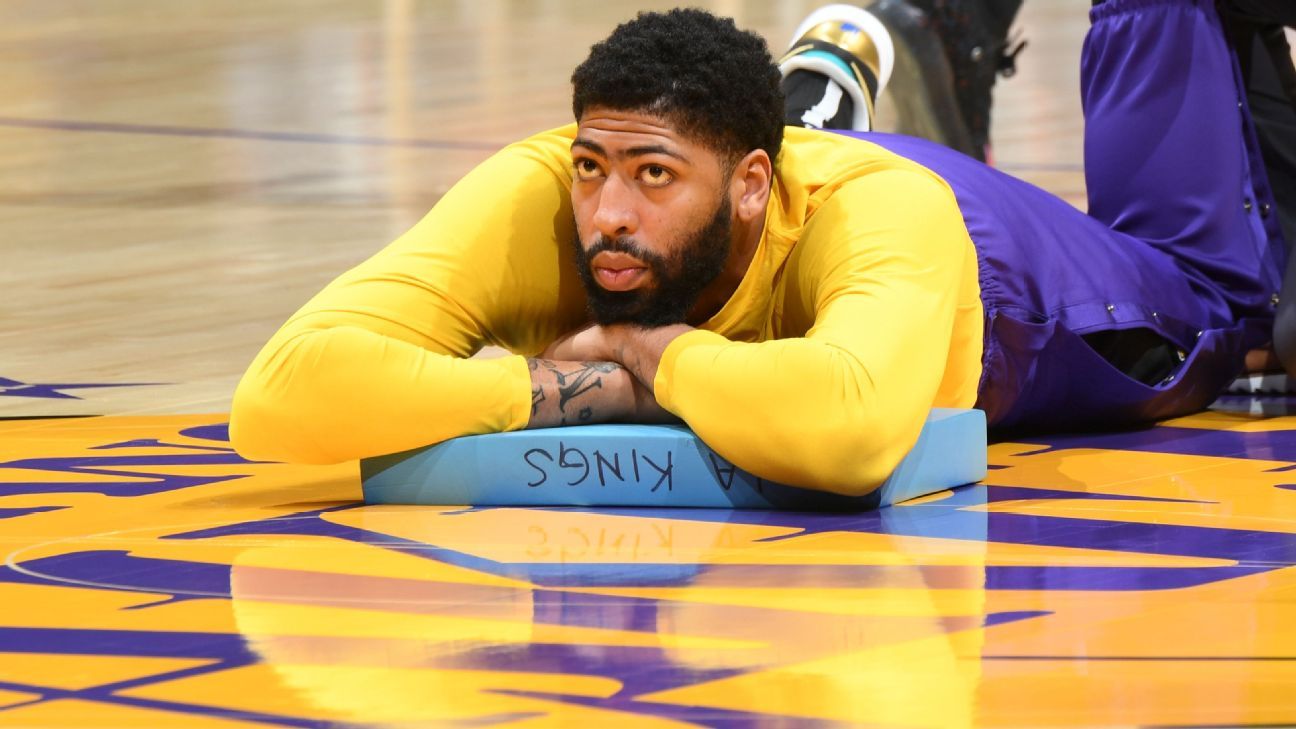 LOS ANGELES — Anthony Davis will be sidelined at least two more weeks because of tendinosis and a calf strain in his right leg, the Los Angeles Lakers said Friday.

Davis was examined by team doctors Friday before the Lakers’ first game out of the All-Star break against the Indiana Pacers and was cleared to ramp up activity in pursuit of a return, the team said.

With Friday’s 105-100 win, L.A. has gone 4-7 without Davis since the All-Star big man had to exit a game against the Denver Nuggets on Feb. 14 before halftime after aggravating his right leg.

“We’ll be patient,” head coach Frank Vogel said. “We’ll continue to compete and win games. And we’ll all be very excited once we get [Davis] back.”

Davis is averaging 22.5 points (his lowest scoring output since his second season in the league) and 8.4 rebounds (his lowest total since his rookie year) this season, coming off a shortened offseason after capturing the championship in the NBA bubble in Orlando, Florida.

Davis will be reevaluated in two weeks by medical personnel before he will be eligible to return to play, the team said, meaning he will miss at least nine more games.

Damian Jones, who signed a second consecutive 10-day contract this week, started at center against the Pacers and had seven points in 16 minutes.

With Marc Gasol also out because of the league’s health and safety protocols, LeBron James said it was a “collective effort in the frontcourt” Friday night. Kyle Kuzma had a team-high 24 points and 13 rebounds, while James had 18 points and Montrezl Harrell added 17. Markieff Morris had eight points and seven rebounds.

Lakers guard Alex Caruso left in the first half Friday night after hitting his head on the court following a slip. He did not return, and the Lakers said he was being evaluated for a concussion but hadn’t entered protocol.