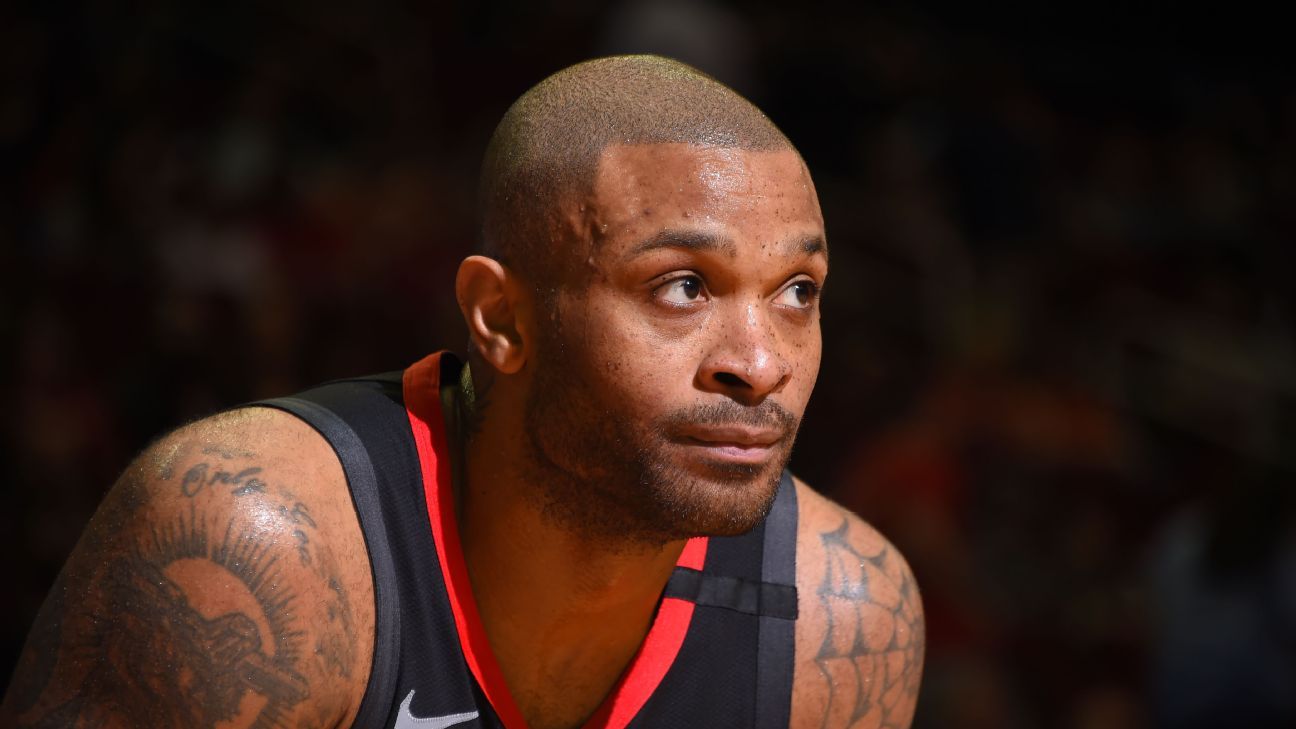 The 2021 NBA trade deadline is on March 25 and teams will have to decide whether they are buyers or sellers in the next few weeks.

Key names to watch include former All-Stars such as Andre Drummond, LaMarcus Aldridge and Kyle Lowry, as contending teams will look to add players to potentially get them over the hump come playoff time. Also, will teams like the Houston Rockets and Cleveland Cavaliers decide to punt on the playoffs and make their key contributors available in a deal?

League insiders are predicting a quiet market this year, in part due to the expanded postseason format that includes play-in games for the final two spots in each conference. However, we’ve already seen some movement, at least in the buyout market, as Blake Griffin agreed to give up more than $13 million to leave Detroit and join the Brooklyn Nets.

Get all of the news, intel and analysis from our experts here, including trade grades and potential destinations for the top players on the market.

8:08 p.m. ET: The Oklahoma City Thunder are trading guard Hamidou Diallo to the Detroit Pistons for forward Svi Mykhailiuk and a 2027 second-round pick (via the Houston Rockets), sources told ESPN’s Adrian Wojnarowski. Diallo will be a restricted free agent this summer.

3:49 p.m. ET: Houston Rockets guard Eric Gordon will miss four to six weeks with a strained groin, sources told ESPN’s Adrian Wojnarowski. Gordon, 32, had been a target of several teams ahead of the March 25 trade deadline, but the injury largely assures that he will finish his fifth season in Houston.

11:55 p.m. ET: Houston Rockets coach Stephen Silas and P.J. Tucker mutually agreed upon the 11-year veteran not playing anymore until both parties can find an amicable solution. “He decided that he was just not really with it, and we decided that that’s a good idea,” said Silas on Thursday. “Let’s move on.” The Rockets have had several concurrent trade discussions with teams in recent weeks involving Tucker as talks are expected to result in a deal before the March 25 trade deadline.

8:05 p.m. ET: Toronto Raptors guard Kyle Lowry doesn’t know where his future lies after this season or even after this year’s trade deadline. But he is sure of one thing: Whenever his career comes to an end, he will be retiring in a Raptors uniform. Lowry’s name has repeatedly surfaced in recent weeks as a potential trade target for teams.

7:55 p.m. ET: San Antonio Spurs coach Gregg Popovich said that LaMarcus Aldridge will no longer be with the team. “We’ve mutually agreed for him to work on some opportunities elsewhere,” said Popovich regarding the seven-time All-Star. Aldridge, who averaged 19.5 points and 8.0 rebounds in his six seasons with the Spurs, is in the last year of a three-year, $72.3 million contract extension.