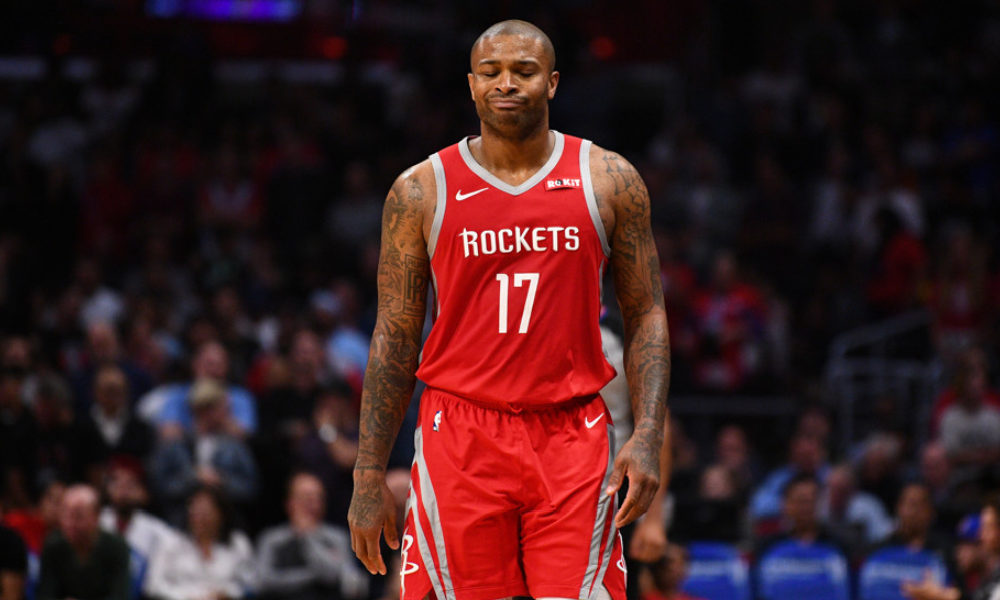 The Brooklyn Nets acquisition of Blake Griffin is, for all intents and purposes, a declaration of war. Brooklyn is coming — and every other team with championship hopes this season had better pony up to add as much talent as is humanly possible.

As we approach the March 25 trade deadline, demand for established talent should increase following the Nets’ power play. And, with difference-makers in limited supply, those with one to spare stand to benefit. Of course, that increased demand might prove unwelcomed news to contenders, especially those that are already over-leveraged. Some teams, like the Los Angeles Clippers and Lakers, might be willing to shell out a future pick for a rotation piece, but will that be enough?

The Philadelphia 76ers, Milwaukee Bucks and Utah Jazz are less conditioned to the cost of competing and might balk at the idea of trading significant future assets for a rental piece – but this year is different, as they and many other teams are approaching the sweet spot of their respective title windows.

The Nets shouldn’t be discounted from adding more, either. But, from here on out, Brooklyn is far more likely to wait out the buyout market, with eyes on Andre Drummond. In fact, given they only own their second round selections in 2022, 2024, 2026 and 2027, the Nets would be hard-pressed to add someone otherwise.

On the other side of this equation are the teams with impact players on expiring deals, especially those that were signed last Fall with the intention of swapping them later this season. Griffin-to-the-Nets kicks off the latest arms race, with the Sacramento Kings, New York Knicks, Detroit Pistons and Oklahoma City Thunder, among others, set to capitalize.

Of the aforementioned contenders, Philadelphia is in the best shape in terms of draft capital. The 76ers owe just their 2021 and 2022 second round picks, along with their first in 2025. Further, they are even owed a 2021 second (via New York), a 2023 second (the most favorable of Atlanta, Charlotte or Brooklyn) and a 2024 second (via Miami).

Despite the asset crunch, many of the aforementioned teams are motivated to win now. In other words, expect contenders to go fishing for just about any serviceable players — and get creative in providing compensation. But, realistically, who is available? Who is in demand? Let’s take a look.

The 6-foot-5 Hield is a good scorer playing solid basketball at exactly the right time. He’s averaging 16.4 points, 4.5 rebounds, 3.2 assists and shooting 37.8% from three. Hield and head coach Luke Walton had a major falling out late last year, according to Jason Jones of the Athletic, so Hield would probably welcome a trade. Further, Hield is already 28-years-old, while the Kings are still a ways away from contention.

A trade, in actuality, might be the best thing for both parties: Hield can get a fresh start with a team that has a chance to make some noise in the postseason, while the Kings can add a significant asset or two that should better fit the timeline of their rebuild.

Seeing a trend here? Barnes, like Hield, is a reliable wing and can offer some veteran savvy. He’s 6-foot-8, can defend multiple positions and contribute to winning in multiple ways; this season, Barnes has averaged 16.7 points, 6.1 rebounds and 3.6 assists per game while shooting 39.2% from three.

Barnes isn’t as flashy an addition as Hield, but he would be a big addition for most contenders.

Could the Pistons do it? Of course. But would they?

Yes, the team let Christian Wood walk in order to sign Grant — and the 10-27 Pistons are dead last in the Eastern Conference and obviously not competing. The 27-year-old Grant, meanwhile, is playing at an All-Star level: 23.4 points, 5.3 rebounds and 2.9 assists. Why let that kind of an asset languish? In most cases, a team wouldn’t.

But this isn’t most cases. In a recent podcast appearance, James Edwards III said he’d be surprised if Grant is anywhere else post-deadline. Grant, now a featured option, would seem to be with Detroit for the long haul.

Of course, if other teams blow them away with an offer — and some almost surely will — the Pistons could change course quickly, regardless of what Grant might or might not want.

Hill is a seasoned point guard — the prototypical veteran add at the trade deadline. An above-average defender with incredible length and a knock-down shooter, Grant led the league in three-point shooting last season (46%). He also boasts a better-than three-to-one assist-to-turnover ratio.

Hill is 34, so trading for him isn’t a long-term solution. But a few seasons with Hill on-board, or even just this season, could be the difference between a championship or no championship for some contenders.

Gordon has long been mentioned in trade rumors – and for good reason. Incredibly versatile, Gordon could help almost any contender anywhere on the court. Defensively, he can match up with almost anyone. On offense, Gordon can either play in the post, stretch the floor (to a degree — Gordon has shot 36.5% from three this season) and even serve as a secondary initiator.

Better yet, Gordon is, somehow, only 25-years old and would conceivably increase his value by sticking with an acquiring team long-term.

So, why would Orlando trade him? The Magic have been stuck in a rebuild for what seems like forever now. And, while Gordon is young enough that, if the Magic can get it together, he could lead the team into their next era, the package he would return would jumpstart a true teardown and position Orlando to, eventually, climb higher than the relative mediocrity they’ve known for the last few seasons. That sentiment would extend to the team’s 30-year-old All-Star, Nikola Vucevic, though the Magic thus far have been unwilling to involve him in trade talks.

Further, the Magic have a glut in the frontcourt, as the team committed to both Vucevic and Jonathan Isaac, whom the team gave a hefty contract extension to prior to the season, while they have third-year center Mohamed Bamba still waiting for his first real opportunity with the team. Whether they decide to tear everything down or move on with their current core, something will eventually have to give in the frontcourt.

And that something is likely Gordon.

The NBA trade deadline is fast approaching. With an uncharacteristic number of contenders vying for a championship, some deadline deals might very well set one or two teams apart from the rest of the pack. But which contenders will truly commit to winning it all this season? We’ll find out soon enough.

Warriors’ Wiseman poised to return against Griz
‘Band is back together’: Giannis, Middleton return
Victor Wembanyama: The latest news and stats on the top 2023 NBA draft prospect
The Whiteboard: Ranking buyers and sellers at the NBA Trade Deadline
NBA Trade Grades: Lakers land Rui Hachimura for next to nothing