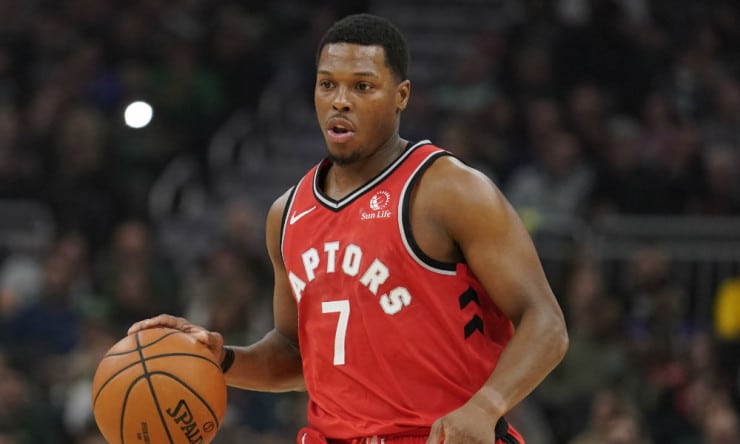 The 2020-21 NBA season is officially past its half-way point. As we approach the March 25 trade deadline, teams face big decisions. Some are within striking distance of a finals birth and must decide if they’re going to leverage their future to pursue a championship. Others must decide which assets to liquidate in an attempt to jumpstart a rebuild.

A third group, into which the Miami HEAT fall, are just outside of serious contention, but close enough to convince themselves they can pull it off. And with the trade deadline just 10 days away, these teams have a number of bold decisions to make, including which direction they’d like to go.

Miami isn’t known for being conservative, so let’s eliminate any “sit on their hands” strategies. The HEAT have a relatively young core, which can help facilitate an upgrade. That said, they can’t deal a first round pick until 2024 at the earliest, which hurts their chances of a major upgrade (e.g., Bradley Beal).

To understand what to expect from the HEAT, it’s important to understand how they view themselves and their recent success. Miami was not supposed to advance to the Finals last season, so it’s important to remember that they’re playing with house money. They got their youngsters great exposure in the bubble, but it’s simply unrealistic to expect a repeat result with this roster considering the rejuvenated Eastern Conference. With that in mind, Miami must go big or go home.

So, where do they need to improve?

They’re 21-18 – but significantly better than that record indicates. The HEAT started off incredibly slowly – thanks to a combination of injury- and COVID-related absences – winning just six of their first 15 games. But, with most of their core players back, Miami has won 10 of their last 11 outings and 14 of their last 20.

They’ve also corrected many of their early-season struggles. They’re getting production from Jimmy Butler again, who is averaging 22.9 points per game over his last 18 games after scoring less than 16 points per game through the first 15 games. Further, Tyler Herro is shooting efficiently again, connecting on 37% of his three-point attempts in the last 10 games in which he’s appeared – up from just 30% through his first 15.

As a team, the HEAT have improved in multiple areas, as well: they’ve posted the fifth-best defensive rating (109.4) after starting the season ranked 23rd; they’ve increased the number of field goals they attempt and offensive rebounds they grab per game; and they’ve cut down on their turnovers.

But Miami could still use help on the offensive end. The seventh-worst three-point shooting team in the league, Miami is also last in field goal attempts, attempting just 83.2 per game. Even across their recent four-game win streak, the HEAT are attempting just 84.5 per game, which still ranks dead last.

So who should they turn to? Their first bold move could be a doozy — Miami needs help getting shot attempts and, particularly, connecting on the three-ball. Enter Buddy Hield

Hield, a career 40.5% three-point shooter, is scoring 16.3 points per game so far this season. He’s relatively durable, having played 72 games last season and 82 and 80 in each of the previous two, respectively. Better yet, Hield is an improved defender and playmaker.

Hield, alongside Butler and Bam Adebayo, would make for a nice core moving forward, one that would bring significant firepower to compete with super teams like the Milwaukee Bucks, Philadelphia 76ers and Brooklyn Nets. He addresses a number of the HEAT’s needs and he’s signed at a relatively affordable price (four years, $86 million) through the 2023-24 season. Hield is still just 28, so this is as much a move for the future as it is for this season.

But there’s a major problem – is Hield the guy who Miami would want to splurge on? The HEAT constructed this roster and salary situation with the idea of going on a shopping spree in 2021. Giannis Antetokounmpo is no longer available, but Kawhi Leonard, Victor Oladipo, John Collins and more still expected to hit the market. Granted, Miami can clear a lot of space, but adding Hield to Butler and Adebayo would represent approximately $87 million. Miami can’t possibly clear another max slot.

Further, how much would it even cost to acquire Hield? Finding the requisite salary filler isn’t terribly challenging (Andre Iguodala, Meyers Leonard, etc.), but agreeing on picks or young players to include could be tough. Hield’s notoriously icy relationship with coach Luke Walton is probably a minor motivation to trade him, but it’s unlikely that Sacramento accepts a deal that fails to include a legitimate asset like Herro or Kendrick Nunn.

If the HEAT balk at the price – which is entirely fair considering Hield isn’t quite the blockbuster deal the HEAT were hoping to swing for with their upcoming cap space –  Miami should prioritize size.

Miami is 28th in total rebounds, 29th in blocked shots and 26th in points in the paint so far this season. There are a number of bigs available including Andre Drummond and Demarcus Cousins. They could sniff around Dallas’ interest in dealing Kristaps Porzingis, too.

Still, the best option could be LaMarcus Aldridge. Aldridge is playing a near-career low 25.9 minutes per game, which has resulted in near-career low output – 13.7 points and 4.5 rebounds per game. That said, his per-36 numbers are still strong enough (19.1 points and 6.2 rebounds) to entice Miami, especially since he amounts to little more than a rental. His 2020-21 salary is essentially the same as Hield’s ($24 million) and he comes off the books following this season, so it’s entirely possible that Miami could see his acquisition as a win-win.

What’s more, Miami, per HoopsHype, is rumored to have already engaged San Antonio in trade discussions, offering matching salaries of Leonard, Moe Harkless and Avery Bradley – but there’s been no mention thus far about what assets could be included.

So, what should others expect Miami to actually do? It’s nearly impossible to tell, but Pat Riley is not a patient man. He recognizes the finite opportunities teams have to compete and does what he can to capitalize on every opportunity, so one of the above-mentioned deals could absolutely be in play.

The HEAT are obviously motivated to add a difference-maker without giving up a major asset like Herro, Nunn or Duncan Robinson. That may seem impossible but, if anyone can pull it off, it’s Riley. And, as much as Miami has fierce competition for their Eastern Conference crown, they could be just one move away from entering that discussion. Their potential trade partners — and Eastern Conference competition — know this; who blinks first?