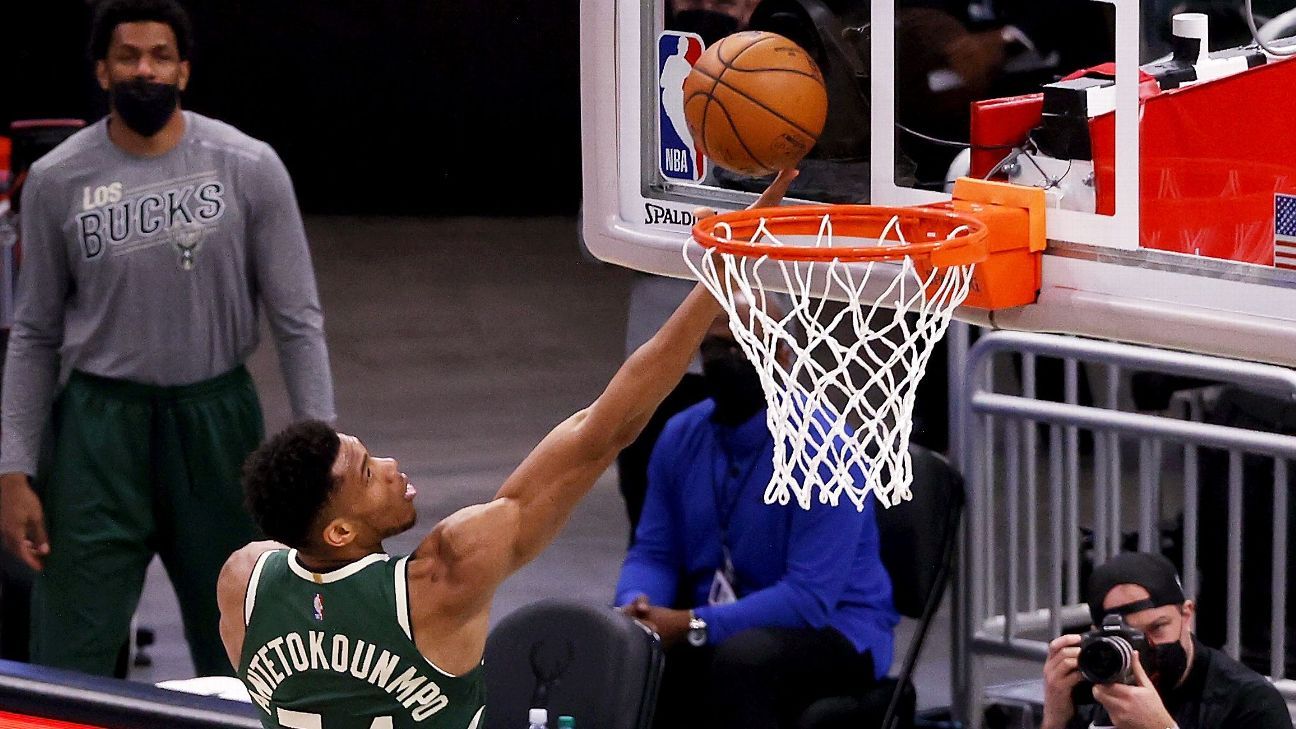 The Bucks have won 11 of their last 12 games thanks to Saturday night’s 120-113 victory over the San Antonio Spurs in Milwaukee.

But the national hype hasn’t been the same around this year’s group compared to the past two seasons, when it finished atop the league standings.

And for reigning MVP Giannis Antetokounmpo, that’s just the way he likes it.

“We don’t play for people to talk about us,” the Bucks star said following a 26-point, 15-assist, 8-rebound performance against the Spurs. “I kind of like it. I just want to be left alone. I never liked bright lights. I never liked people talking about us. It just adds pressure to me and my teammates to come in and do what we do.

During Saturday’s win, the Bucks also saw a debut performance from P.J. Tucker, who didn’t score in 13 minutes but did grab three boards with a block. His presence was felt deeper than the box score, though.

“He’s great. You can hear him everywhere,” said Bucks guard Jrue Holiday, who finished with 21 points and five rebounds.

“You can hear him even when he’s on the bench, but out there on the court it’s really fun. You love a guy that communicates in that way. He’s loud, very clear and distinctive and makes the game a lot easier.”

Antetokounmpo matched his career high with 15 assists. He also became the fourth player in Bucks history with at least 25 points and 15 assists in a game, joining Monta Ellis, Oscar Robertson and Guy Rodgers, per ESPN Stats & Information research.

Additionally, he became the third player to average a 25-point triple-double and 60% shooting over a 5-game span, joining Wilt Chamberlain and Oscar Robertson, according to Elias Sports Bureau.

Still, he feels “they don’t need to talk about us;” the goal is a title.

The Whiteboard: Breaking down the race for the NBA scoring crown
5 NBA players who could be traded before the end of December
Amazon CEO: Won’t remove film shared by Kyrie
‘X factor’: Alvarado erupts for 38 as Pels surge
Fan who got into it with Draymond Green offers to match his $25k league fine