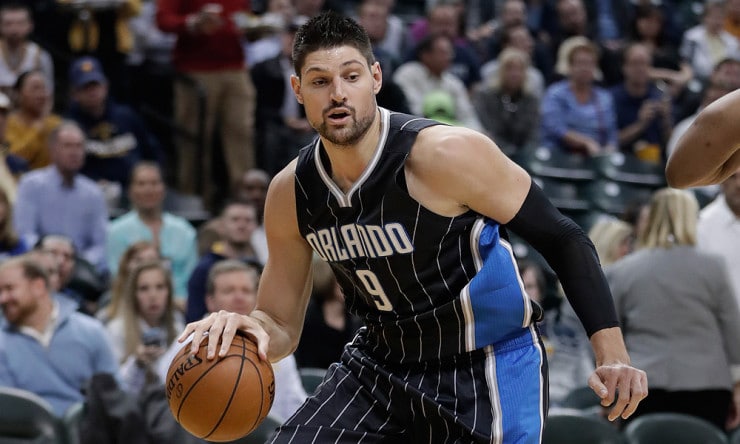 Welcome back to another edition of Deadline Watch. The trade deadline is less than a week away folks. We’ve had a few trades over the past several days that, while they may be inconsequential, it has been fun to see a few swaps go down. However, with the lack of movement that’s gone on since the blockbuster James Harden trade, nobody knows if those recent moves are just the calm before the storm or a sign of what’s to come at the deadline.

Be warned: some teams are going to get a little more shine than others because their situations are built as more likely to harbor a trade. Let’s get to it.

When the topic of Northwest Division sellers comes up, it’s downright impossible to have the next three letters that come to mind not be O-K-C.

While the future may not be now, it’s pretty much set for the Thunder. Shai Gilgeous-Alexander is the face of the franchise, Luguentz Dort is a future perennial All-NBA defender and they’ve got serious draft capital to bolster the roster, via the draft itself or trades down the line.

Let’s face it though: as of now, Oklahoma City has no use for veterans Al Horford or George Hill.

Not factoring in their current salaries, Horford and Hill have been about as good as the Thunder could have realistically hoped for. Having Horford back at center, as opposed to the power forward spot where he spent much of his time with the Philadelphia 76ers, has rejuvenated his play and efficiency. Hill, likewise, had been doing about as well as you’d want from a seasoned floor general until he injured his thumb last month. The Thunder’s overall play this season might not be deemed “good,” but they’re far from terrible and those two have played a serious part in that.

Still, it would seem trading the two veterans that don’t really fit with this team’s timeline would be the logical move. Then again, Oklahoma City had the opportunity to do the same last year with Chirs Paul and they passed. Of course, they were much better last year, so they could afford to both have their cake and eat it more so than this season.

Hill is adequately paid for his services, while there are plenty of playoff teams on the lookout for a reliable playmaking guard. Philadelphia, the Boston Celtics and the Los Angeles Clippers are among those that could use him to boost their bench. Horford, though, would be a bit more difficult to move.

Yes, he’s rejuvenated himself as the jack of all-trades big, is a strong, positive locker room presence and does the little things that should help any team win. But he’s on the wrong side of 30 and is set to earn $26 million or more in each of the next two seasons — while his play has improved, that deal should only get worse as time goes on. That said, Oklahoma City has said that they’re not trading Horford without getting an asset back.

Good luck with that.

Here’s a crazy thought: with how well-constructed their future is, who’s to say they wouldn’t be sneaky buyers? Not for any win-now veterans, but how about the very young and talented John Collins? There seems to still be no feel as to his future with the Atlanta Hawks and Oklahoma City would have more than enough flexibility to pry him loose.

This would have likely been more plausible before Atlanta replaced Lloyd Pierce with Nate McMillan and won eight-straight. But, until Collins’ name is on the dotted line, it’s still within the realm of possibility.

The Timberwolves are in an odd position. They didn’t come into this season intent to lose, but they’ve somehow managed the worst record in the league, somehow surprising everyone and absolutely no one. Some of that isn’t their fault, of course: D’Angelo Russell has spent a good chunk of the season on the shelf and Karl-Anthony Towns’ COVID-19 diagnosis sidelined him for some time.

It’s not like things have gotten any better since his return, however.

There would be no reason for Minnesota to buy at the deadline. But what do they have to sell? Obviously they wouldn’t trade Russell because of what they gave up to get him the irreparable damage his departure could do to the relationship between the team and Towns.

Despite whatever he’s dealing with off the court, teams would almost certainly love to get their hands on Malik Beasley. He’s having a career year on a team-friendly deal and is just 24-years-old. Of course, if that’s the case, why would the Timberwolves trade him?

Then there’s Ricky Rubio, but is anyone knocking down the door to acquire his services? He’s done fine in his return to Minnesota, but his numbers have dipped from last year. He’s also set to earn nearly $18 million next season.

The real reason as to why Minnesota will probably stay as is, though? Anthony Edwards. As we’ve seen more and more of Edwards this season, it’s clear to see that he’s a fixture in the future of Timberwolves basketball.

A team like the Timberwolves would usually look to sell the expendable parts, but with how exciting Edwards has been — and with things hopefully getting back to normal next season — Minnesota’s best move is to keep it together and see what they can do when the roster’s 100 percent. Warts and all, the Timberwolves might actually have something here — and they owe it to Towns and the team’s fans to see it through.

Now to the buyers, with the most likely at the top. The Trail Blazers haven’t gotten nearly enough credit for how solid they’ve been in spite of what’s been thrown at them this season.

In a shortened year, with every extended injury counting more than ever before, Portland miraculously stands at 25-16 and is only half a game back of the fourth seed in the West. Damian Lillard has been on an MVP-warpath, once again placing the team on his shoulders through the absences of both CJ McCollum and Jusuf Nurkic. And, just when you think he can’t add any more, he somehow goes further above and beyond.

And the Trail Blazers cannot afford to waste his efforts.

Portland is good, certainly capable of competing in the Western Conference. But just how good remains the question. Do they have what it takes to make a push to the NBA Finals and, if not, what move could get them there? Unlike the Clippers or Los Angeles Lakers, the Trail Blazers are not completely bankrupt of any assets so, if a move must be made, they’re certainly in the position to do so.

After this season, the team owns all of their draft picks, while they retain the services of Gary Trent Jr., Anfernee Simons and Zach Collins; that’s not going to net them a superstar, but should fetch a nice piece that can push Portland into the next tier of contenders.

If they are to make a move, they also can’t simply look at it as “will this win us a championship?” but, rather, “could this even get us there?” with LeBron James and the reigning champion Lakers set to stand in their path.

Their trump card could be to trade CJ McCollum and additional assets for a significant upgrade, but that move is unlikely to be available. If it does present itself, however, Portland, while they may consider the risk and reward of such a move, must act. Because as sweet as “Dame Time” is, it won’t last forever.

It wasn’t pretty for Denver right out of the gate but, thanks to the play of Nikola Jokic, they are right back on track. Now 25-16, the Nuggets have won nine of their last 10 games while their featured lineup — Jokic, Jamal Murray, Michael Porter Jr, Will Barton, Gary Harris – has improved significantly with more time on the court together.

Denver likely has better assets than Portland at their disposal in Michael Porter Jr. alone. However, unless a superstar were to magically become available — and assuming he would be good enough to willingly relinquish Porter — he’s likely not going anywhere.

What the Nuggets really need, however, is to find their Jerami Grant replacement. Denver, eventually, found their footing after Grant’s unexpected offseason departure, but that shouldn’t preclude the team from addressing his absence. In fact, filling the hole he’s left in their frontcourt should remain a priority — and seemingly has, if their interest in the Orlando Magic’s Aaron Gordon is anything to go by.

It’s much more likely, however, that the Nuggets stand pat or stick to more minor additions; given the few assets the team has that they’d be willing to move, it’s just difficult to see them adding a true difference-maker.

The Jazz have come back to earth a bit after what was probably as perfect a start as they could have asked for. That was to be expected, of course, once teams become more familiar with their gameplan, but, even after an uneven March, Utah is still the top seed in the Western Conference with the best record in the NBA. That said, they could most certainly use an upgrade or two to bolster their excellent play to this point.

Unfortunately, it just doesn’t seem like any realistic deal is out there for them.

Bojan Bogdanovic has had a pretty down year after being possibly the Jazz only uplifting side plot in last year’s postseason disaster. March has been even less kind to him, as he’s averaging 14.4 points on 37/34/93 splits. Of course, there’s likely no need to panic — even the best shooters have their slumps — but the Jazz can’t afford to wait on him to come around. Further, it wouldn’t them to upgrade at the position behind him, either.

But where could they even find such an upgrade without surrendering a significant asset or, even, Bogdanovic himself?

Of all the teams in the Northwest, Utah would seem the least likely to do make a play at the trade deadline. They’ve already proven that they’re not to be messed with — and rough stretches like these and Bogdanovic’s should pass. Better yet, they help teams like Utah for when it matters most. This stretch of March Madness, unlike last season, hasn’t been troubling enough that a major shuffle is in order. And, even if things don’t work out, they’ve got a deservedly longer offseason to mull it over.