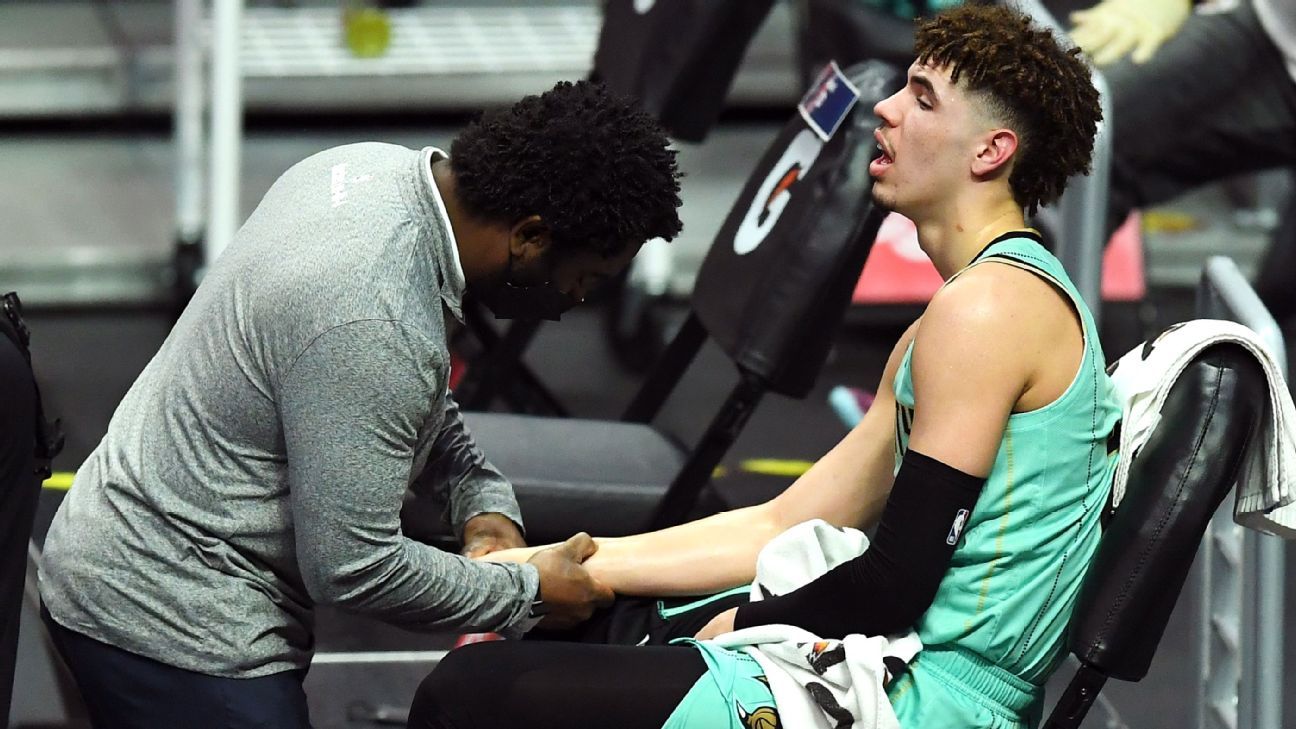 Charlotte Hornets guard LaMelo Ball is expected to miss the rest of the season with a fracture to his right wrist, a source told ESPN’s Adrian Wojnarowski.

Ball, considered a frontrunner for NBA rookie of the year, is seeking a second opinion to confirm the diagnosis, the source said.

Ball, 19, appeared to suffer the injury in a fall early during Saturday night’s 125-98 loss to the Clippers in Los Angeles. He played extensively in the second half despite clearly struggling with discomfort in the wrist, and finished with 13 points.

Ball, the younger brother of New Orleans Pelicans guard Lonzo Ball, is averaging 15.9 points, 5.9 rebounds and 6.1 assists for the season.

The secret history of NBA players “walking the dog” — and how Ja Morant perfected it
AD comes off bench in first since 2013, scores 21
Knicks vs. Nets prediction and odds for Saturday, January 28 (Bank on an offensive shootout)
‘Band is back together’: Giannis, Middleton return
NBA schedule today, game time, players to watch (Monday, Jan. 23)