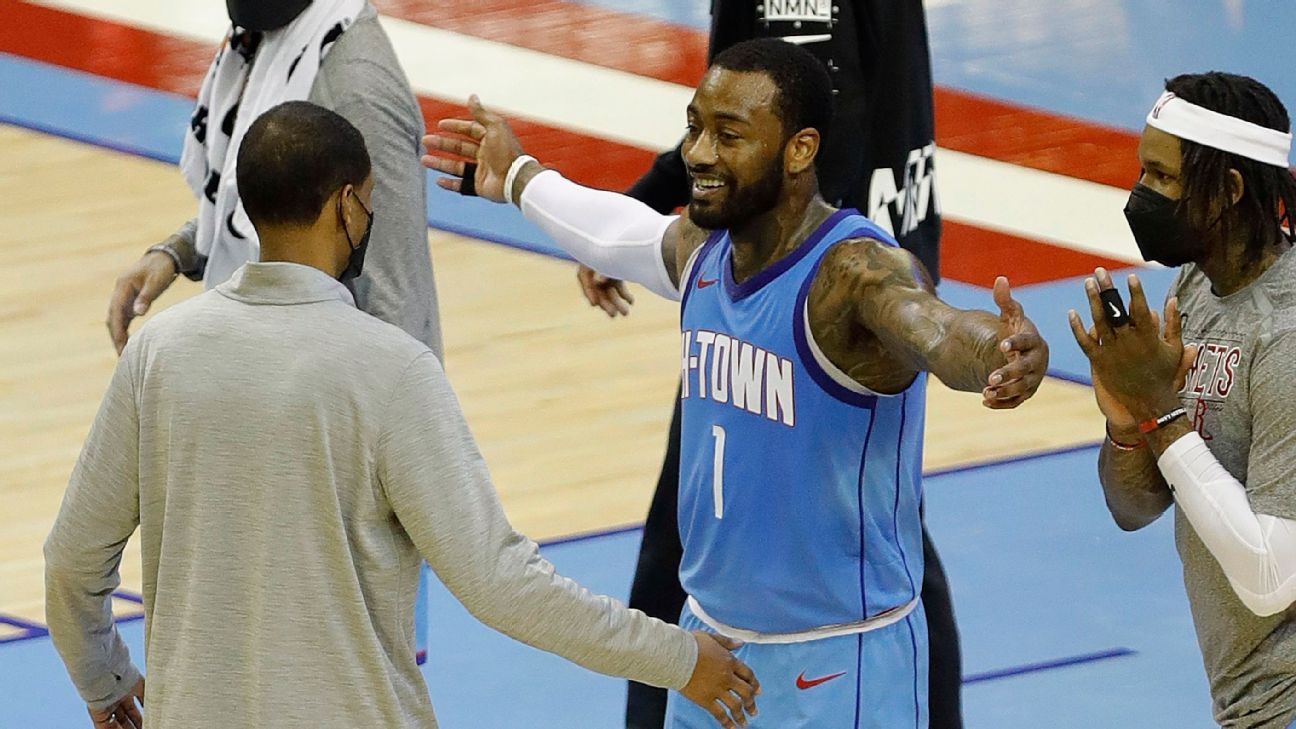 A day earlier, Silas was visibly distraught after the Rockets’ 114-112 loss to the Oklahoma City Thunder. Silas’ postgame news conference opened with a question about whether the Rockets were feeling the weight of the losing streak. He stared down for several seconds, holding his head in his right hand, before softly muttering, “Yeah.”

Several current and former NBA coaches reached out to Silas over the last 24 hours, offering encouragement and relating to him with tales of their own long losing streaks. Those conversations helped pick up Silas’ spirits, which soared when the final buzzer sounded Monday night in the Toyota Center and the first-year coach embraced Houston point guard John Wall.

“It’s like indescribable for a win in March of this crazy season,” Silas said. “I’m just so proud of the guys. When you’re like going through it and fighting so hard and you just see the disappointment in the players’ faces after loss after loss after loss. Then to go into the locker room after today’s game and everybody’s just happy and joyous, I mean, it’s super cool and great.

“Yeah, whatever, I was down and out yesterday. It seems like a week ago now. We regroup, we come together, and yeah, it feels a lot better just because I know it feels great for the players. Like, whatever for me, but I’m just so happy for those guys that they don’t have to hear about it and deal with it.”

The Rockets’ last win before beating the Raptors, who now own the NBA’s longest active losing streak at nine games, was Feb. 4 over the Memphis Grizzlies. Houston had won seven of eight games at that point, but star center Christian Wood severely sprained his ankle in that victory, sidelining him for the next 17 games.

Houston had several other key injuries during the losing streak, including guards Victor Oladipo, Eric Gordon and Wall missing extended stretches. The Rockets also reached a mutual decision with forward PJ Tucker to part ways after he opted not to play in the first game after the All-Star break, eventually trading him to the Milwaukee Bucks.

Houston fielded the NBA minimum of eight players in some games during the streak.

The Rockets lost 12 consecutive games by double digits before Sunday — matching the 1992-93 Dallas Mavericks and the Minnesota Timberwolves, spanning the 1993-94 and 1994-95 seasons, for the most consecutive losses by 10 or more points, according to the Elias Sports Bureau.

“Losing 20 straight, we haven’t been healthy, but that’s not an excuse because everybody’s been going through health and safety protocols and injuries,” said Wall, who had a 19-point, 11-rebound, 10-assist triple-double. “We just went out there and competed, no matter what and what was going on.”

The Rockets never relinquished the lead over the Raptors after going ahead late in the second quarter. Houston forward Danuel House Jr. hit a 51-foot shot to beat the halfcourt buzzer, bumping the Rockets’ lead to five points, a sign that the basketball gods might finally give them a break.

“I was like, ‘Whoa, well, maybe this is the night. Maybe,'” Silas said. “We’ve had games where we only hit four 3-pointers the whole game. Now we hit a halfcourt shot. It felt like something special could happen. For us, special is a win after so many losses in a row.”

Not that it was easy for the Rockets the rest of the way. Houston built a 13-point lead in the third quarter, but the Raptors closed the quarter with a 13-2 run to pull within two points. The Rockets outscored the Raptors by a 29-13 margin in the fourth quarter to make sure their losing streak was put to rest.