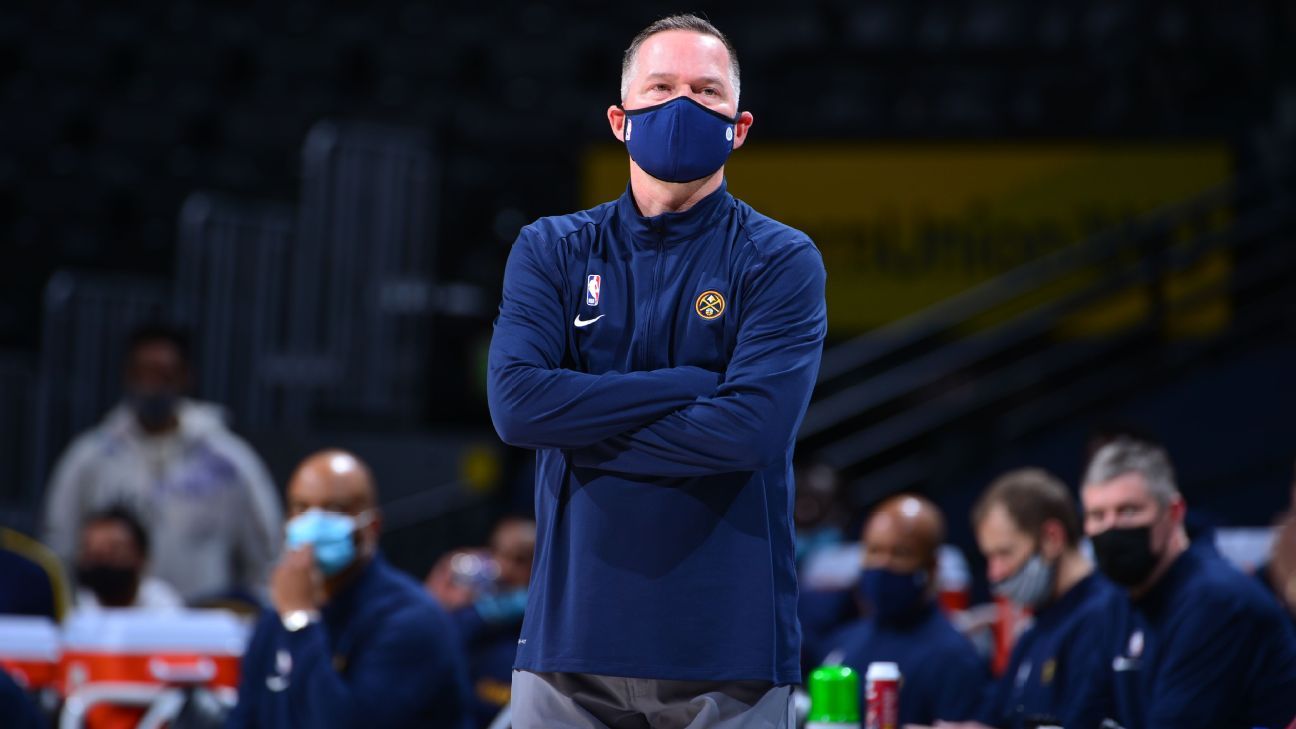 Denver Nuggets head coach Michael Malone broke down in tears during his pregame media session Tuesday after reading the names of the 10 victims of Monday’s shooting massacre in Boulder, Colorado.

Malone, speaking before the Nuggets played the Orlando Magic, opened his session by shifting the focus off basketball and toward the latest mass shooting in the United States, which took place in the Nuggets’ home state.

“Obviously, I think we are all tired of it,” Malone said of how he and his team processed the latest shooting in Colorado. “That’s an understatement. I know for me, you get so caught up in the job and basketball and…”

“You know we get judged on wins and losses … I apologize,” added Malone, fighting back tears. “But if you take a step back and put yourself in one of those families, what do you feel?”

Malone read off the names of the 10 men and women who were shot and killed on Monday — Denny Stong, Neven Stanisic, Rikki Olds, Tralona Bartkowiak, Suzanne Fountain, Teri Leiker, Kevin Mahoney, Lynn Murray, Jody Waters and Eric Talley. Malone choked up when he read off the name of Talley, a Boulder police officer, and how he was a father of seven.

This is not the first time Malone spoken to reporters about a shooting in Colorado. Before Game 5 against the Portland Trail Blazers in the second round in May of 2019, he pleaded for something to change after a school shooting left one student dead at a Highlands Ranch public charter school in his suburban Denver community.

Malone’s two daughters, then in middle school and attending a different school, experienced a lockdown that day at their school. At that time, it was the second lockdown in the span of three weeks due to a shooting threat.

“This is a game, the game I love, I have a passion for,” Malone said choking up. “But I think about Eric Talley and his seven kids. … That is what I think about. I’m just heartbroken for them and everybody else. And hopefully we as a country, we as a state, can find a way to be better. I apologize for my emotions.”

Since the Columbine High School shooting in 1999, Colorado has had several fatal shootings that have made national headlines.

“Seems like we have been here,” Malone said at the start of his media session. “I think it is really important that we turn our attention where it should be and that is back in Boulder. Yesterday was another tragedy. Hopefully that is something that we can find a way to prevent from happening in the future.