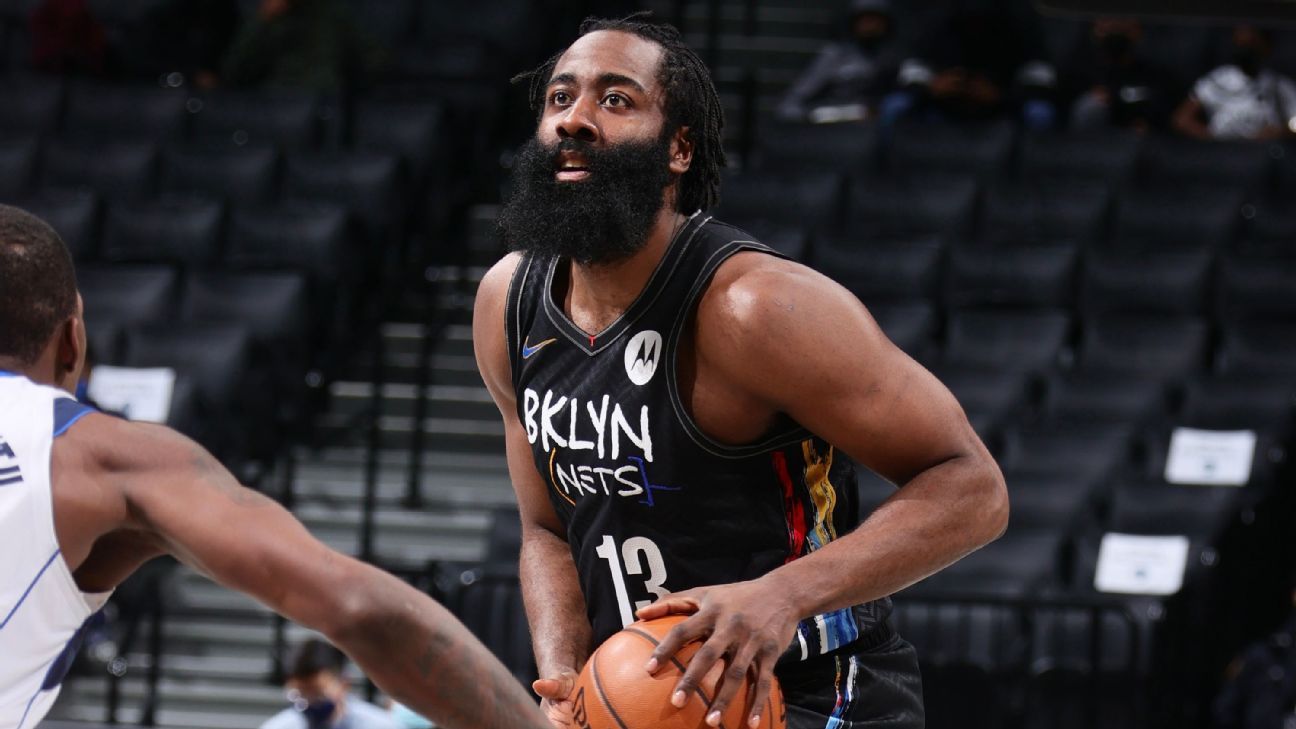 Brooklyn Nets star James Harden will not play against the Utah Jazz on Wednesday night. Harden has been experiencing neck soreness since he collided with Garrison Mathews on Sunday in the Nets’ win over the Wizards.

Harden was listed as questionable ahead of the Nets’ game against the Trail Blazers on Tuesday night. After he warmed up, the team decided he would be available to play.

After Tuesday’s game, Harden said he expected to play if he was feeling well when he woke up Wednesday, but head coach Steve Nash said that the minutes Harden has racked up over the course of the season “concerned” him.

“I’m concerned about the minutes,” Nash said Tuesday night. “I’m not sure what the answer is, though. He controls the game.”

When Harden was initially hit by Mathews on Sunday, he stayed down on the court for several minutes while being tended to by medical staff. He stayed in that game and said afterward he felt a twitching in his neck.

Harden said he came “very close” to not playing on Tuesday.

“I love to be out there and taking on the challenge of finding ways to win games,” Harden said. “Obviously, when you’re hurt, you’re hurt. You sit out. But I try to find a way to just go out there and make an impact and play if I’m able to, if I’m not risking anything, if that makes sense.”

He continued: “I think everybody knows I love to play. I don’t really rest. I love to hoop. I love to be out there and be there for my teammates. I feel like if I’m on the court, my teammates have a better chance of winning. So that’s just my mindset.”

This is the second game Harden has missed for the Brooklyn Nets since he was traded in January.

2023 NBA Mock Draft 3.0: Blazers and Bulls find new life
NBA Standings: Can anyone in the East catch the Boston Celtics?
Pat Bev halftime talk sets off Lakers’ comeback
The secret history of NBA players “walking the dog” — and how Ja Morant perfected it
Knicks vs. Nets prediction and odds for Saturday, January 28 (Bank on an offensive shootout)