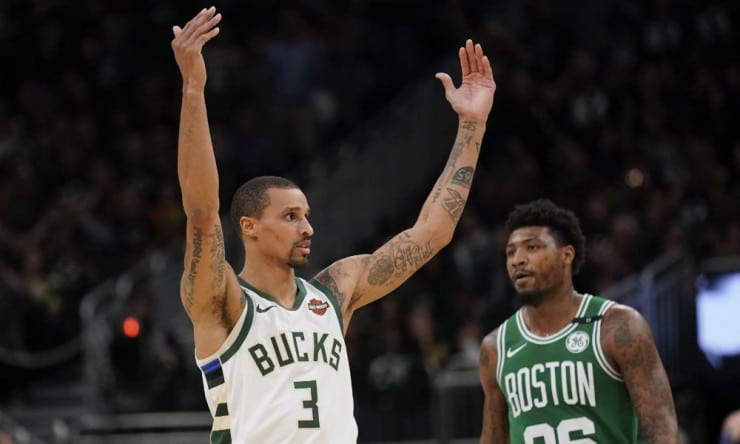 Everybody’s favorite NBA holiday, the trade deadline, came and went on a day that saw a league-record 16 deadline trades. 46 players were involved in trades, with big names like Nikola Vucevic and Victor Oladipo on the move.

However, with 46 players being moved, some are bound to fall through the cracks and go largely unnoticed. But who? Without further ado, here are three of the most underrated acquisitions at the deadline.

The Chicago Bulls were one of the outright winners of the trade deadline, securing two-time All-Star Nikola Vucevic for relatively minimal cost. Then, the team went out and got Troy Brown Jr. and Daniel Theis along the way.

Brown is going to thrive for a Bulls team that will give him more of an opportunity with the ball in his hands. The Washington Wizards critically underutilized Brown during his tenure in Washington, failing to realize his potential as a do-everything guard. Brown can easily play one-through-three and, in a pinch, could play the four-spot. He can make plays, score in bunches, rebound and, most importantly, guard a team’s best player.

After thriving in the bubble last year, Brown was questionably banished to the bench, seeing his minutes per game evaporate from 25.8 to 13.7. In the bubble, Brown averaged 15.3 points, 7.3 rebounds, 4.5 assists and 1.1 steals per game. Obviously, that’s an eight-game sample size, but the potential is there.

Brown has a long way to go until he’s a starting-caliber wing, but the Bulls can offer Brown the chance to help run the second unit alongside Coby White with Tomas Satoransky on the bench. Outside of Ryan Arcidiacono, Brown is one of the more capable playmakers on Chicago’s bench, if not the outright best.

Lineups that feature Brown alongside Vucevic and Zach LaVine are going to be a ton of fun. Vucevic will act as a play-making anchor in the paint, while Brown can open up a lot of scoring opportunities for LaVine, who may see yet another uptick in his scoring output. There’s a lot to like about the addition of Brown.

If he remains in Oklahoma City, the Thunder got one of the biggest steals at the trade deadline and gave away virtually nothing of value. Bradley, still just 23-years-old, is playing tremendous basketball this season, averaging 5.5 points and 5.2 rebounds in 14.4 minutes per game.

Bradley’s best work came when the Philadelphia 76ers were without Joel Embiid, with Bradley starting in his place. The center posted multiple strong showings, including an 18 point, 11 rebound and 2 block performance on perfect shooting against the Golden State Warriors.

The Thunder already have young big men that are going above and beyond expectations. Isaiah Robey, Darius Bazley and Aleksej Pokusevski are showing a lot at the forward positions. Meanwhile, two-way contract player Moses Brown is exploding onto the scene, while averaging 16.3 points and 15 rebounds per 36 minutes.

According to reports, Bradley hasn’t yet reported to the Thunder but, if he does, it’ll add another significantly talented young big on a roster that is identifying its long-term foundational pieces.

Aaron Gordon’s market value seemed to be set at two first round picks and that’s essentially what the Orlando Magic got. Landing Hampton, who just turned 20-years-old, is a huge get. Hampton won Denver Nuggets fans over quickly with his speed and overall athleticism, though he only played sparingly.

Hampton sat in the top-10 of a lot of big boards leading into the 2020 NBA Draft before falling to the Nuggets at pick 24. Like LaMelo Ball, Hampton played professionally overseas in the NBL before coming to the NBA. That experience will help propel Hampton’s career, as will the fact that he’s playing with a rebuilding Magic team that will be able to play him significantly.

Hampton’s best game as a Nugget came against the Sacramento Kings in early February, posting 7 points and 10 boards, four of which came on the offensive glass. He followed that up by scoring 9 points with 2 steals and a block two games later.

The Magic are struggling immensely with guard depth, a recurring theme after injuries to both Markelle Fultz and Cole Anthony. With both players still out, Hampton will get a chance to head up both leading guard spots.

With the trade deadline over, teams will pivot to the buyout market until the deadline in April. After that, it’s time for the NBA playoffs. Make sure to follow along at Basketball Insiders for all of the latest news and rumors from the buyout market!