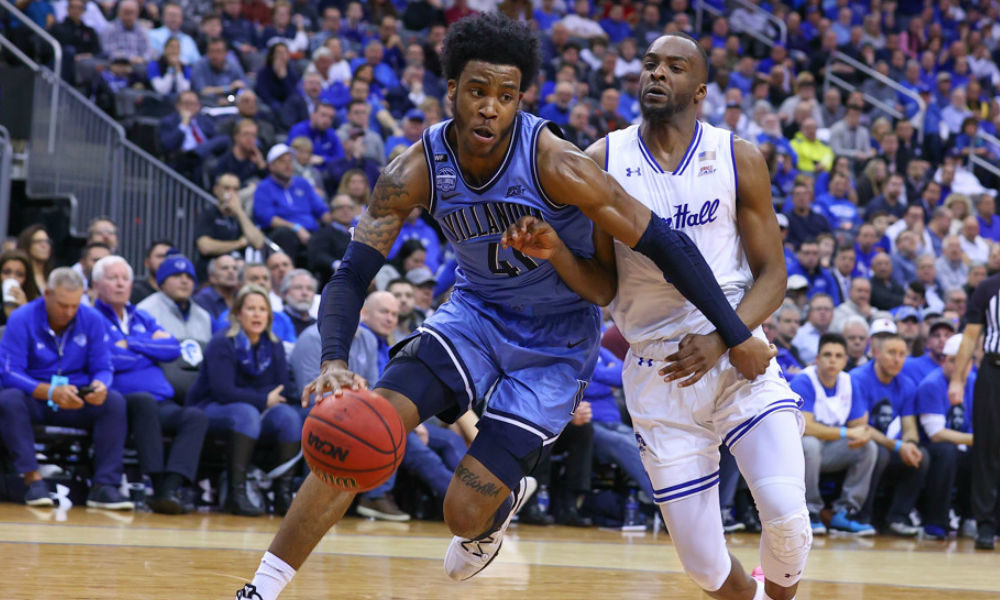 When Luke Kennard signed a four-year, $64 million contract extension with the Los Angeles Clippers back in December, it was assumed that he was going to be a key player in the rotation this season.

The Clippers acquired Kennard in a draft-day trade with the Brooklyn Nets and Detroit Pistons, a move that shipped out Landry Shamet, who had been carving out a role as a sharpshooter off the bench. The move was initially seen as an upgrade due to Kennard’s superior shooting, ball-handling and improving playmaking ability.

For the most part, Kennard started just like that – as a sparkplug off the Clippers’ bench. His ability to drive and kick to open shooters was invaluable. But in February, Kennard was forced out of the lineup due to a knee injury, and opportunity is everything in the NBA.

During his brief absence, Reggie Jackson and Terance Mann came on strong and seemingly played him out of the rotation. Heading into the All-Star break, he had a couple of DNP’s mixed in with garbage time minutes. But he did have a solid game against the Washington Wizards right before the break. Although the Clippers lost, he came off the bench that game and put up 14 points, 4 rebounds and 4 assists.

Things can change quickly, and they certainly did for Kennard. On Mar. 22 against the Atlanta Hawks, the Clippers found themselves down 63-48 after two quarters. In the second half, head coach Tyronn Lue, frustrated with his team’s effort, pulled the starters and threw out an all-bench lineup including Kennard.

Kennard helped will the team to a come-from-behind win with 20 points on a perfect 8-for-8 from the field, 7 rebounds and 4 assists. After the game, Lue said that Kennard definitely earned more minutes moving forward. Kennard called it one of the best games he’s ever played in.

“It’s up there, I think it’s definitely one of the most fun games I’ve been a part of in my basketball career. Not even just NBA, but just playing basketball, that’s top two, if not at the top. That was a lot of fun,” Kennard told media after the game. “The group that was in, and just hearing the guys on the sideline, the way that they were cheering us on as we made that run, that’s just what a team is all about. That was a lot of fun, it’s definitely up there with one of the best games and definitely one of the best experiences that I’ve had.”

Since then, Lue has made good on his word and Kennard has been featured more prominently in the rotation. With the Clippers trading Lou Williams at the deadline, there’s been a need for a bench leader and Kennard certainly fits that description.

Playing as the ball-handler in the pick and roll has become a strength of Kennard’s and, with Williams gone and Patrick Beverley sidelined with a knee injury, his skill-set has been much-appreciated. His numbers in the past few games may not jump off the stat sheet, but he’s been a positive contributor during Los Angeles’ recent six-game win streak. He’s stayed ready and credits the coaching staff in practice with his continued development and game success.

“It’s just something I’ve been working on in practice the last couple weeks, and especially the last few practices we’ve had. We’ve just been getting that work in with everybody no matter who it is,” Kennard said. “It’s just definitely something we’ve watched film over, stuff we’ve worked on, and that’s just credit to the coaches of putting us in those positions that we have worked on and we are continuing to get better at.”

While his performance against the Hawks may have been one of the best of his career considering the circumstances, his game against the Milwaukee Bucks on Mar. 29 might have been even better.

He got the start in place of Paul George, who was out with a foot injury, and he poured in 21 points on 8-for-11 shooting, 5-for-6 from three-point range and 5 rebounds against one of the best teams in the league and a possible title contender. He’s just been trying to do his part making the defense pay when they focus on George or Kawhi Leonard.

“It definitely feels great, just the confidence everybody has in me and each other. That’s another thing that we’ve built, just getting comfortable and just believing in each other. I really believe that we’re doing that right now,” Kennard said. “Credit to the coaches for putting us in positions and those guys on just making the right play, making the right passes, reading the defense and hitting open guys. For me, it was just staying aggressive, being ready to shoot the ball and just trying to make plays.”

Kennard gives the Clippers an added dimension in their pursuit of a championship this season. In their season-long quest for an additional point guard, newcomer Rajon Rondo certainly will bring needed playmaking and leadership to the team. But while Kennard’s playmaking might not be on the level of Rondo, his offensive game is much better.

The Clippers hit a little bit of a rough patch on their road trip right before the All-Star break, but they’ve found their stride a little bit since then. Kennard has seen it and he can feel the camaraderie the team has started to build.

The team has multiple players shuffling in and out of the lineup with injuries here and there, but Kennard remains optimistic.

“I think the first thing we need to do is just continue to get healthy. Obviously, we’re a really good team, and when we add those guys back, it’s just going to take us up another level,” Kennard said. “We’ve hit our little rough patch before we hit this steak. Once we got back from that road trip, we’re like, let’s get on a little roll, a little streak here. Guys are dialed in, guys are locked in,”

That definitely shows a lot of character and just the competitiveness of this team. We want to compete, we want to win each and every game. We definitely see something building here and we’re getting more comfortable with each other. That’s a big thing, just learning everybody. A lot of new pieces this year, obviously, so we’re getting very comfortable, and we know there’s another level we can get to as well.”