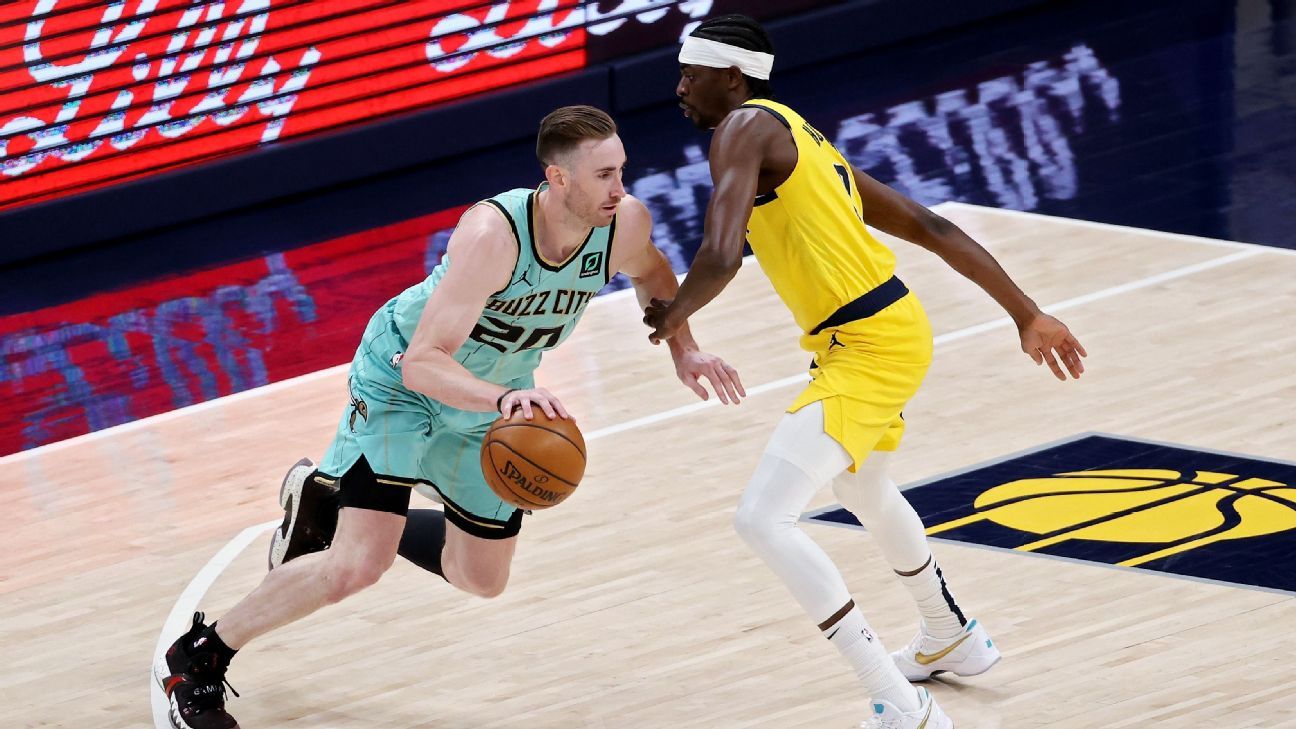 Charlotte Hornets forward Gordon Hayward is set to miss at least four weeks after suffering a sprained right foot during Friday’s game against the Indiana Pacers, the team announced Saturday.

Hayward suffered the injury in the second quarter of the 114-97 win, which knocked him out of the game. He had 13 points, 8 rebounds and 6 assists before exiting.

He will be reevaluated in about four weeks, the team said.

“We had a number of guys out. We had scoring out,” Hornets coach James Borrego said after Friday’s win. “But this team just continues to fight and figure it out.”

The Hornets are 1-3 in the four games Hayward has missed this season (24-20 with him), allowing 9.5 points per game more than when Hayward plays, according to ESPN Stats & Information.