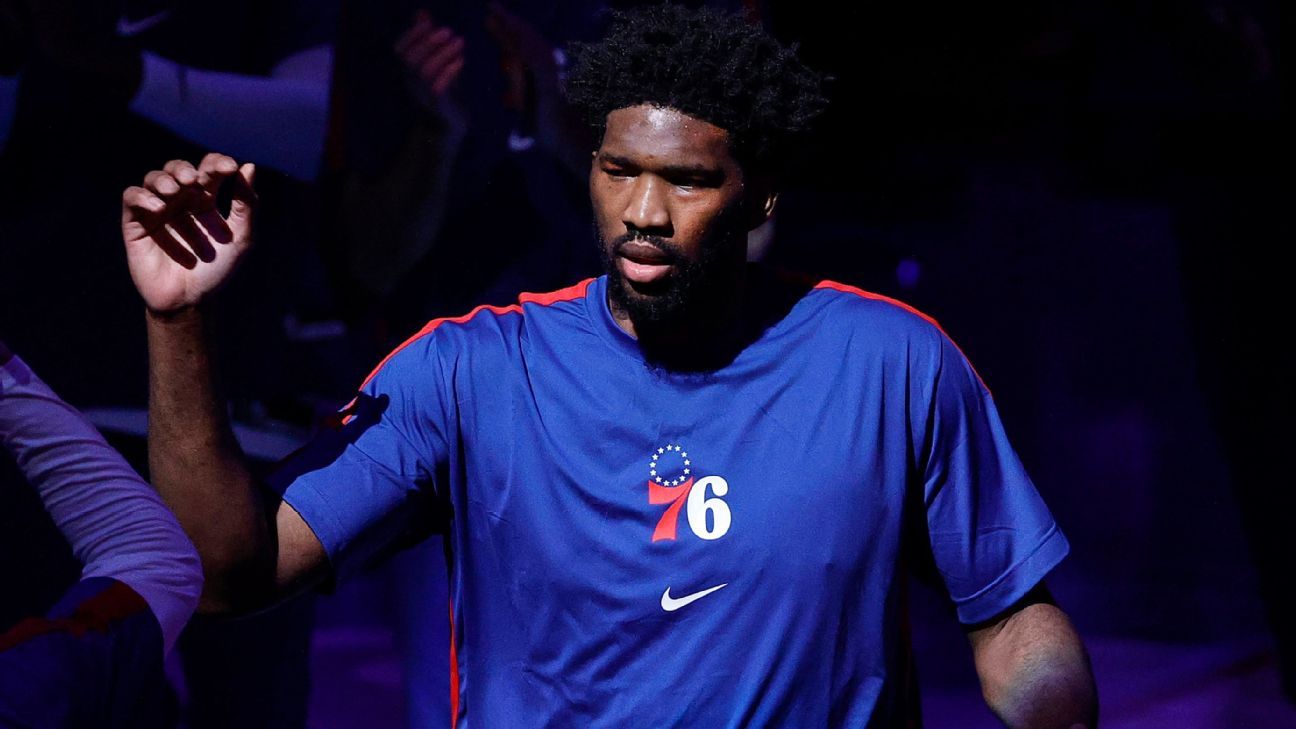 Philadelphia 76ers star Joel Embiid is returning to the lineup Saturday night against the Minnesota Timberwolves after missing the past 10 games with a bone bruise in his left knee.

Embiid, who suffered the injury during an awkward fall on a dunk in the third quarter of Philadelphia’s win over the Washington Wizards on March 12, was officially cleared to return shortly before tipoff and will start. He had been building toward playing all week, including participating in the team’s shootaround Saturday morning.

“It’s not really more minutes — it’s minutes in a row,” Sixers coach Doc Rivers said before the home game when asked how much Embiid would be able to play. “We’ll decide that once we know he’s playing. I don’t expect him to play 35-40 minutes, but we’ll see.

“He looks great. He looks in great condition, so we’re all good.”

Philadelphia, which went 7-3 without Embiid, entered Saturday night’s action a half-game behind the Brooklyn Nets for the top spot in the Eastern Conference.