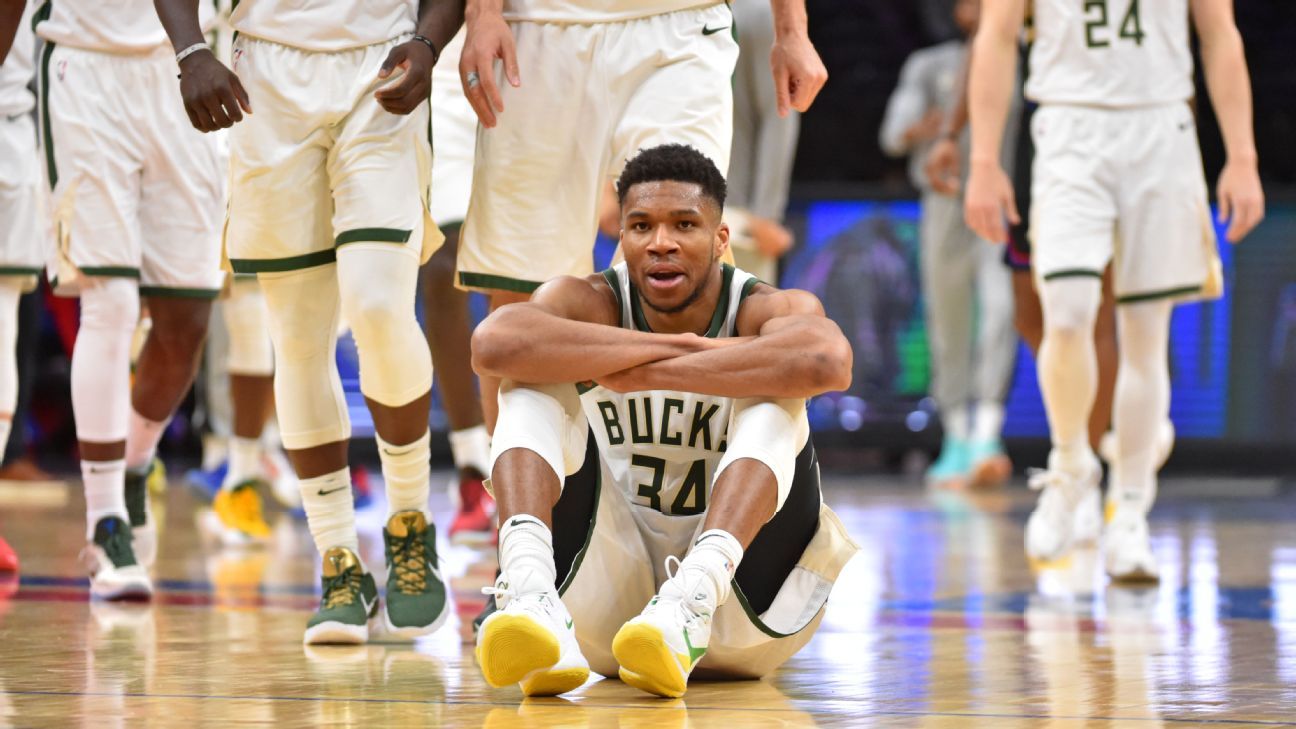 MILWAUKEE — The Milwaukee Bucks were without all five of their usual starters Friday night as they hosted the Charlotte Hornets a night after losing at Dallas.

Reigning two-time MVP Giannis Antetokounmpo sat out his fourth straight game with a sore left knee. He missed his sixth game in the last 11.

The Bucks are coming back from a six-game trip in which they went 3-3. They ended the trip by losing 116-101 at Dallas on Thursday.

This will be the second straight home game in which the Bucks have been missing most of their key players.

The Bucks haven’t played at home since a 102-96 loss to the New York Knicks on March 27. Antetokounmpo, Middleton, Holiday, DiVincenzo and sixth-man Bobby Portis all missed that game.

The Whiteboard: Who actually wants the new NBA best regular-season trophy?
3 moves the Heat can make to turn their season around
Warriors have young star bummed after being squeezed out of rotation
3 teams that should be calling the Knicks about Cam Reddish
Gobert ejected for tripping Thunder’s Williams