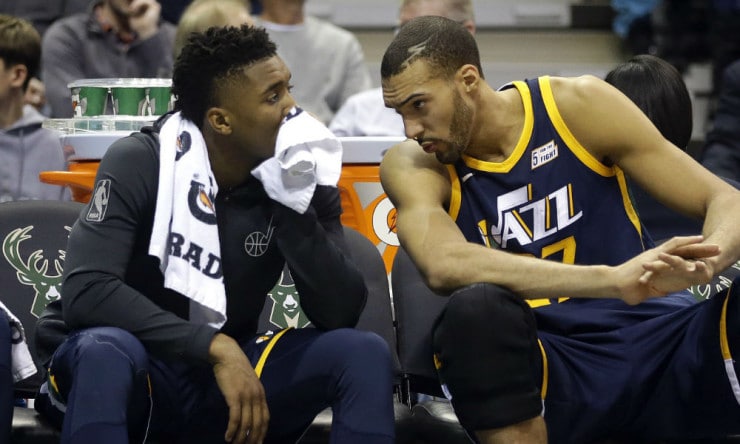 What in the world is going on in Phoenix?

Unless you’ve deliberately followed the Suns this season, it’s understandable if you’ve missed their incredibly hot start. They’re not mentioned by the national media (e.g., ESPN) nearly as often the Brooklyn Nets or Los Angeles Lakers — but they should be.

And it’s not as is you can easily do your own research, either. Unless you’re an NBA League Pass subscriber, you’ve had limited opportunities to watch what’s going on in Phoenix. The Suns were scheduled to appear in only the tenth-most nationally televised games through the first half of the season, behind the Lakers, Nets, Boston Celtics, New Orleans Pelicans, Dallas Mavericks, Golden State Warriors, Milwaukee Bucks, Los Angeles Clippers and Miami HEAT (and tied with the Philadelphia 76ers).

But at a certain point, numbers are just too powerful to continue to overlook – and that point was months ago for the Suns. And while they still haven’t even really received the credit they deserve, it’s coming.

After a loss against the Clippers on Thursday night, Phoenix is 36-15, good for the second-best record in the entire league. They’ve won eight of their last 10 games and boast the fifth-best defensive rating (109.4) and seventh-best offensive rating (116.3) – which works out to the third-best net rating in the NBA (+6.6).

The Suns – and pretty much every NBA team – have a long way to go before cementing their playoff seeding. According to Tankathon, the Suns have the eighth-hardest remaining schedule, with games against the Jazz, Nets, 76ers, Clippers, Lakers and Bucks – but that’s less alarming when you look closely at the Suns’ results thus far.

Ultimately, the NBA is about winning – not expectations – so the Suns still have every opportunity to accomplish what they’d hoped to prior to the season. They play smart and are well-stocked with star power. Opponents probably won’t overlook them, but fans may. And it’s the fans who could miss out.

But how did Phoenix turn the corner so quickly? They went from a 19-63 team in 2018-19 to the league’s second-best team just two seasons later.

Adding Chris Paul helps. But it’s also understandable that adding Paul means being overlooked – he’s been overlooked for most of the recent past, written off as great but not great enough.

Upon closer inspection, Paul’s resume is jaw-dropping. Most recently, he led the seriously under-manned 2019-20 Oklahoma City Thunder team to the fifth-seed in the hyper-competitive Western Conference. He was also responsible for catapulting the Houston Rockets into serious contention mode; at their pinnacle in 2017-18, the Rockets were up 3-2 against the champion-to-be Golden State Warriors before Paul strained his hamstring and missed games six and seven, both of which Houston dropped.

Paul, who will turn 36 this May, is still a magician on the court. He’s averaging 16.2 points, 8.7 assists and 4.7 rebounds in 32 minutes per game. He’s also played in all but one of the Suns’ games. But what’s most impressive about Paul is that his net effect is far greater than any stats can communicate.

Ironically, in giving Paul his flowers, we inherently overlook Booker, the team’s leader in points (26.0) and minutes played (34.2). Objectively, Booker should be in the MVP discussion, but he plays in Phoenix and alongside Paul – so individual accolades will have to wait.

But the Suns’ success is about more than just the backcourt. There’s also the first-overall pick from the 2018 NBA Draft, Deandre Ayton, who’s averaging a double-double, again, while shooting career-bests from the field (62.8%) and the free-throw line (76.7%). There’s also Mikal Bridges – who is quietly outperforming guys taken ahead of him in the 2018 draft, scoring 13.3 points per game on 41.5% shooting from deep – and Jae Crowder.

And then there’s the other guys, who were recently overlooked or disregarded by other teams – Cameron Johnson, Dario Saric and Cameron Payne.

Johnson was the 11th overall pick in 2019. But because of his advanced age relative to other lottery picks – Johnson was 23 on draft night – and the fact that he wasn’t projected as a lottery pick, the Suns and Johnson were ridiculed.

But Johnson hit the ground running, averaging 8.8 points while shooting 39% on three-point attempts in his rookie season. And he’s gained momentum in his Sophomore campaign, scoring 9.8 points per game while maintaining his shooting from deep (38.7%) and increasing his two-point shooting percentage from 52.6% to 56.6%.

Saric is a versatile big who’s been aided by the game’s move to pace-and-space. Drafted in 2014, Saric remained in Europe until the 2016-17 season. He’s been effective at every stop he’s made, but (surprisingly) didn’t latch on in Philadelphia or Minnesota. He’s averaging 9.7 points and 4.2 rebounds per game while shooting 35% on three-point attempts. And given the league’s move to mobile bigs, Saric is a valuable role player and complements the more physical play of Ayton beautifully.

And then there’s Payne, who was best known as a former Russell Westbrook hype man. But the book is being re-written on Payne given what he’s done in Phoenix so far.

Payne cemented a spot on the Suns with his performance last season, averaging 10.9 points on better-than-50% shooting from deep in eight games in the bubble. And while the addition of Chris Paul has translated to fewer minutes for Payne, he’s still producing. He’s scoring 6.8 points in 16.8 minutes per game on 40.2% shooting on three-point attempts, but the more he plays, the greater the effect; Payne is averaging 13.4 points per game when he plays at least 20 minutes – which includes games against Dallas, Portland and Miami.

The Suns get a whole lot out of their roster, including younger guys like Bridges and Ayton. That’s a testament to the second-year head coach, Monty Williams. So while the path here could be misinterpreted as involving shortcuts, it’s actually followed a deliberate plan that’s been executed to perfection by the team’s front office.

Phoenix may have arrived sooner than expected, but Paul doesn’t lose much – which is probably rubbing off on Booker and others – so betting against him (and the Suns) was always a fool’s errand. And regardless of outcomes, one thing’s for sure – people will learn about the Suns this season. And they won’t be written off anytime soon.