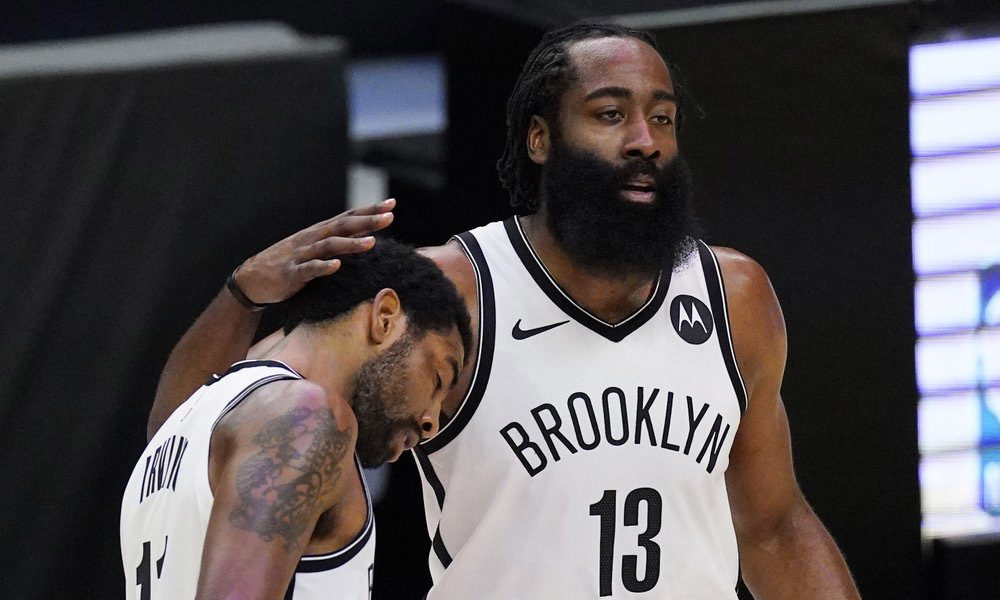 “They’ve got a bright future!” Has there ever been a more vague statement in the NBA? Not to mention, something pretty cliche on top of it? The future could mean anything because, well, it depends on what is meant by the ominous ‘future’. Like next year’s future or the far-future five-to-seven years from now?

These days, more NBA teams than not have a bright future. whether it’s immediate or distant, because teams are generally run better now. Teams aren’t spending money just for the sake of spending money like they did five years ago. The best franchises are hiring personnel that actually might be the first steps towards changing their fortunes for the better. And, perhaps best of all, they’re actually treating patience like a virtue.

Take Detroit, for example. The Pistons have predictably been one of the worst teams in the league this season and, to add insult to injury, they’re paying Blake Griffin over $60 million to not play for them. Yet, the newly added Jerami Grant has been stupendous and they’re going to get a high lottery pick in a loaded draft. No one likes to be among the worst of the worst, but they have to feel good about themselves long-term.

The same goes for New York. The Knicks have been mocked for years over incompetent management, but they’re living proof that all they needed was the right guy to flip the switch. Tom Thibodeau changed everything. They now have an elite defense. Julius Randle earned his all-star nod. RJ Barrett looks like a potential franchise player. This is the longest they’ve stayed in the playoff race since 2013. Making the postseason remains in question, but it won’t matter if they reach it or not.

Both of them have promising futures, but we may not see them reach their ceilings for some time. Today, we’re taking a look at the Eastern Conference and teams that project to make an extended run if they play their cards right.

The Time Is Now

Fun fact about Brooklyn: James Harden or not, they were contenders already. They already had a fair shot at the title with the core they had surrounding two of the league’s best scorers of their generation. Then they added a third. One could have called it overkill in the beginning but, in light of Kevin Durant’s injuries this season, the trade prevented what could have been a major turn for the worse. Even if Durant managed to stay on the court, it’s still a no-brainer to acquire Harden, duh.

Now the Nets are at the top of the conference and they’re only now starting to get back to full health. They brought in some stellar reinforcements to round out the edges with Blake Griffin and LaMarcus Aldridge. Maybe their defense won’t be good enough to be considered the overall favorites right now, but their offense should be legendary enough to compensate.

Brooklyn’s loaded for this season and beyond. Unless their three-headed monster suddenly disbands, it’s going to be like this for the next few years.

The Bucks should feel pretty good about their immediate future. They have the reigning two-time MVP locked in for the next half-decade when many perceived that was not going to be the case last fall. They re-upped Jrue Holiday for the rest of his prime. Khris Middleton’s still as good as ever. They also have no assets left thanks to the Holiday trade, so this is it.

Now that their final form is in plain view, it’s time to see if the Bucks can get over their playoff demons once and for all. Somehow, Giannis Antetokounmpo is not enough. Holiday’s better than any playmaking guard they had last year on both sides of the floor. Whether or not he and Middleton, among others, can help rise past their spotty postseason efforts remains to be seen.

Philadelphia has gained national attention ever since they started cashing in on The Process in 2017 – but combining last season’s disastrous results and this season of redemption, the 76ers now have a much clearer vision of utilizing Joel Embiid and Ben Simmons. Turns out, it’s pretty simple. They needed shooting – and having it now has done a complete 180.

As Embiid and Simmons continue to progress, floor spacing that won’t compromise the defense should be the point of emphasis from here on out. Putting Tobias Harris back at his natural position as a power forward, while inserting Seth Curry and Danny Green as complementary guards, does just that. If the Sixers want The Process to reach its maximum potential, the team they have right now is the template for how to get there.

If the star pairing is given the necessary room to operate, Philly should be right there with the best of them, year in and year out.

Simply put, this was their most exciting year as a franchise since Buzz City actually got a professional basketball team. Then, in what feels like one swift motion, they lose their two best players for an extended period, which might very well kill their playoff chances.

That’s tough cheese to swallow, but Charlotte’s put the league on notice. They are young. They are fun. They’re only going to get better. This was just Year One for LaMelo Ball, the new face of the franchise. Gordon Hayward should have a fair amount of good basketball left in him, provided he stays on the court. Terry Rozier, Miles Bridges, PJ Washington, Malik Monk and Devonte’ Graham have all made strides as players too. There’s reason to believe that this team has only scratched the surface of its potential.

No matter what happens this season, the Hornets are not going to be a team to take lightly anymore.

Coming into the season, Atlanta had one of the deepest collections of talent in the league. Somehow though, no one was quite sure what to expect. Trae Young and John Collins were a nice, young pair, but, in spite of De’Andre Hunter’s jump this year, the results were mixed. That was until Nate McMillan took over.

The Hawks soon rattled off an eight-game winning streak, then one of four games not too long after that. With players coming back from injury, the pieces started to fit, showing themselves to be a functional operation.

They have young talent coming into their own now and they have veterans who have been there before. As long as they make it their goal to keep Collins, the Hawks could potentially be a powerhouse as soon as next year.

This season’s been a mess for Boston. Kemba Walker hasn’t been able to play on back-to-backs. Jayson Tatum has struggled on those very same games. No team has missed more games than Boston has thanks to COVID-19. For a team that has come so close to getting over the Eastern Conference Finals hump, this was about as disastrous of a season as Boston could have endured.

At the same time, they still have the best combination of two-way wings in the league with Jayson Tatum and Jaylen Brown. Seasons like these help young stars grow when they’re hitting their primes. Plus, the biggest positive is that Robert Williams III has asserted himself as their center of the future.

They definitely have some roster issues to fix when the season’s over, but Boston should be in for a major rebound next season.

Miami’s skeptics screamed from the hilltops that the finals run last season was a fluke. Miami set out to prove them wrong and… they haven’t really done that. The HEAT have been erratic, to say the least. They’ve had extended winning streaks, all evened out by extended losing streaks. Now, they’re just fighting to return to the playoffs.

Even so, the winning streaks they’ve had demonstrates that they’re capable of consistently winning basketball. They still have pretty much everyone from last year’s roster, only with more reinforcements with Victor Oladipo, Trevor Ariza and Nemanja Bjelica. If by chance the HEAT don’t succeed, they honestly don’t have much to fret about.

They lost their Plan A when Giannis Antetokounmpo re-signed in Milwaukee, but they’re still going to be heavy players in free agency. Knowing Pat Riley, this season will at worst will only be seen as a momentary setback.

Regardless of where your favorite franchise lands in the current conference hierarchy, there’s plenty of things to like across the board. From up-and-coming rookies to promising draft futures, the Eastern Conference is stronger than ever. While the Nets, Bucks and 76ers appear to be the biggest threat’s to the Lakers’ immediate throne, even the bottom feeders are on their way up in today’s modern NBA landscape.

Isaac returns in Magic win, feels ‘relief and peace’
NBA Trade Grades: Lakers land Rui Hachimura for next to nothing
Sources: AD in line to return for Lakers vs. Spurs
Lillard drops mic on Jazz with 60-point outburst
Donovan Mitchell disagrees with FOX announcers about his NFL potential