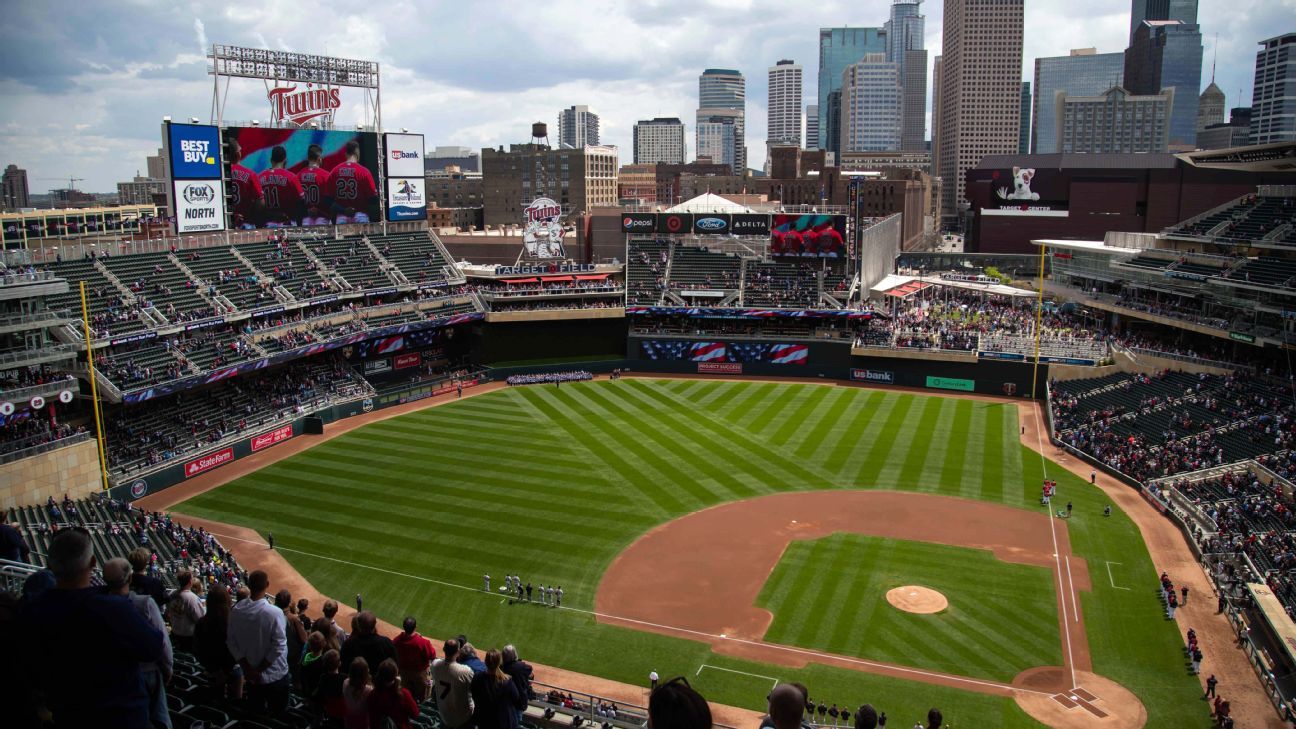 The Minnesota Twins, Minnesota Timberwolves and Minnesota Wild all postponed games on Monday following the police shooting of Daunte Wright on Sunday night.

“Out of respect for the tragic events that occurred yesterday in Brooklyn Center, and following the additional details in this evolving situation, the Minnesota Twins have decided it is in the best interest of our fans, staff, players and community to not play today’s game” the Twins said in a statement.

The decision to postpone the Twins-Red Sox game was made by the Twins after consulting Major League Baseball, in addition to local and state officials.

“Based on the events of the last 24 hours and as information has started to come to light, playing a baseball game today felt a little less important. When you add a level of public safety to that, particularly the safety for fans, our players, our staff, again we though the decision we made today was the right call. History will maybe tell us otherwise. But today, this moment, we’re pretty confident we’re doing the right thing.”

Wright, a 20-year-old Black man, died Sunday after a police officer shot him in the suburb of Brooklyn Center during a traffic stop. The Brooklyn Center police chief said the shooting was accidental, as the officer involved intended to fire a stun gun and not a handgun during a struggle with Wright. Police were trying to arrest him on an outstanding warrant.

Tensions were already high in the city due to the ongoing trial of Derek Chauvin, the former Minneapolis police officer charged with the murder of George Floyd.

Protests related to Wright’s shooting are planned in the area of downtown Minneapolis, where Target Field, home of the Twins, is located. Prior to the announcement of postponement, both teams had taken the field to warm up, with the national anthem already played.

NHL officials said the Blues-Wild game would be rescheduled for May 12.

“The decision was made out of respect for the community, following the tragic shooting that occurred in Brooklyn Center, Minn., Sunday afternoon,” the league said in a statement. “The National Hockey League extends its sincere condolences to the family and friends of Daunte Wright.”

The Timberwolves did announce a reschedule date.

“Yesterday’s tragic event, involving the life of Daunte Wright, once again leaves our community mourning,” the Timberwolves said in a statement. “After consultation with the League, and local and state officials, we believe postponing tonight’s game versus the Brooklyn Nets is the best decision … The Minnesota Timberwolves and Lynx extend our sincere sympathies to the family of Daunte Wright.

Information from The Associated Press was used in this report.

Kendrick Perkins claps back at Draymond Green in since-deleted tweet (NSFW)
NBA free agency 2022: Tracker for all trades and signings
Can the Lakers steal John Wall from Clippers?
Bradley Beal signs supermax with Wizards: Will he finish out deal in Washington?
Rudy Gobert trade details: Jazz send 3-time Defensive Player of the Year to Timberwolves