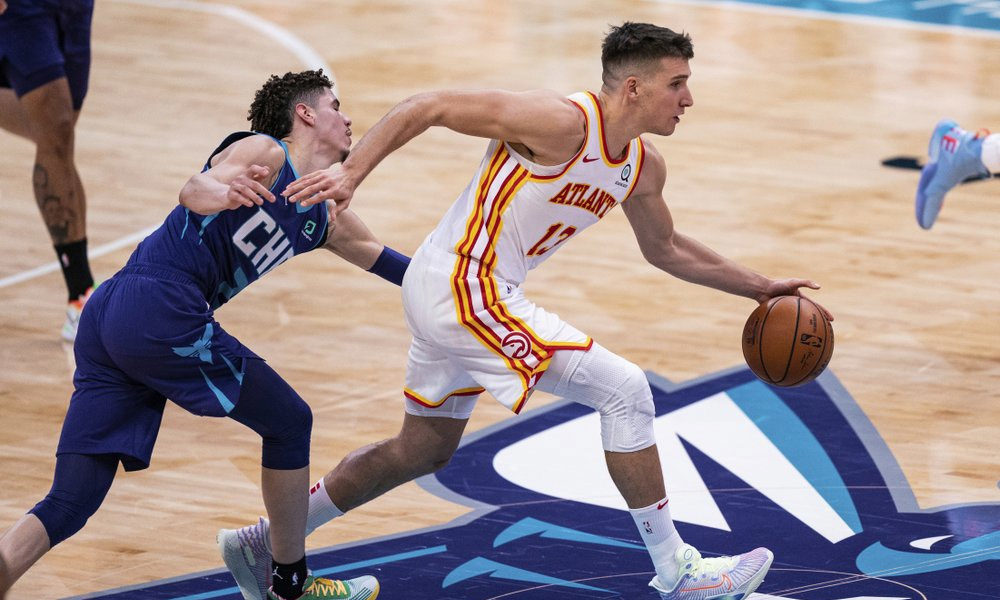 Injuries to LeBron James and Joel Embiid, two of the top three MVP frontrunners for a majority of the season, are continuing to affect the MVP race. Now, several other players caught the injury bug and are likely to lose ground on the ladder. Let’s take a look at some of the major shake-ups in the rankings over the past two weeks.

Jokic’s recent scoring numbers haven’t jumped off the page as much as his early-season stats did, but he’s impacting winning in new ways. Before a loss to the Boston Celtics, the Nuggets were the owners of an eight-game win streak, with Jokic averaging 22.9 points a game during that span. Also during those eight games, Jokic averaged 10 assists, 9 rebounds and shot 56.7 percent from the floor.

“The Joker” has just a few weeks left in the regular season to cement himself as the lone choice for MVP, but his season averages have always been great and now his team’s record is there too. On the year, Jokic is averaging 26.3 points, 10.9 rebounds and 8.8 assists on a 57/42.9/86.2 shooting split.

If Jokic finishes the season in the elusive 50/40/90 club, he’ll join Dirk Nowitzki and Kevin Durant as the only big men to do so.

Denver’s entire offense runs through Jokic — and his teammates benefit greatly. Look no further than the recent addition of Aaron Gordon. Jokic has already assisted on more Gordon buckets (16) than any individual player of the Orlando Magic gave him all year.

That’s the epitome of an MVP.

Harden remains in the same spot on the ladder, with a slight chance to drop due to an injury that will keep him sidelined for 10 days. Before Harden’s injury on April 5, the Nets had only lost once since March 19. However, Brooklyn has dropped two of its last four games, including a 25-point blowout loss to the Los Angeles Lakers.

Brooklyn’s big three of Harden, Kyrie Irving and Kevin Durant have barely played together, yet the Nets are 36-17, tied for first in the East. Harden is responsible for much of that success and is now up to 25.2 points, 8 rebounds and 10.9 assists per game.

With a triumphant return from injury, Embiid surges back into the top five. Embiid looked primed to run away with the MVP award after dominating the league for the first few months of the season until his injury. Now, Embiid is back and has time to make his case as the league’s Most Valuable Player.

In the four games since his return, Embiid is averaging 25 points, 8 rebounds and 2.5 blocks per game. His best of such games was a 35-point outing in a win over the Boston Celtics.

In April, Booker is averaging 30.8 points and 4.6 assists per game while shooting 48.1 percent from the floor and 41.4 percent from three. As detailed by Basketball Insiders’ Drew Maresca, the Phoenix Suns are one of the most overlooked contenders in the league. Booker isn’t solely responsible for Phoenix’s success, but he is integral to what the team is doing. The Suns are currently 37-15, the second-best record in the entire league.

Ultimately, Chris Paul deserves as much credit as Booker and he’s close on the heels of Booker in this race. However, it’s a mutualistic relationship, as Booker’s improvements go beyond the numbers.

Devin Booker came off the bench in the 4th quarter with the Suns down 3.

Goes on a 10-0 run by himself instantly. Finishes the quarter with 18 points, and 36 on the game.

If you want something done right, do it yourself. pic.twitter.com/bad7Yx7W7L

Booker has always been able to shoot the leather off the ball, but he’s become an underrated leader and one of the league’s most dominant stars.

All season long, Doncic kept the Dallas Mavericks afloat in spite of several difficulties facing the team. Now, the Mavericks are in rhythm, with Doncic still to thank. Since Basketball Insiders’ last MVP ladder, Doncic is averaging 28.3 points, 7.7 rebounds and 6.7 assists per game while shooting 49.7 percent overall and 36.5 percent from deep on 9 attempts a night.

Dallas has lost all three of its most recent games without Doncic and is 12-4 since the beginning of March in games that Doncic has played. The Mavericks are still sitting at just seventh in the west but they now look like a playoff lock, something that came into question earlier in the year.

Lillard would be a lot higher if not for the fact that he’s struggled in recent games, as the Trail Blazers have lost four of their last six games. However, Lillard is one of the most consistent players on this ladder and will continue to hover around contention, with a chance to jump into a top slot once he gets back into rhythm.

On the year, Lillard is averaging 28.7 points and 7.6 assists per game while shooting 37.8 percent from downtown. Portland is 31-22 and sixth in the Western Conference.

Like every week, there are a lot of fun potential honorable mentions to add to the ladder. Jimmy Butler and the Miami HEAT have looked dominant as of late. Kawhi Leonard deserves credit for the recent play of the Los Angeles Clippers, while Jayson Tatum and Zion Williamson are sneakily playing their way into the conversation.

Williamson is playing up to his No. 1 pick status, averaging 31.3 points, 8.3 rebounds and 5 assists per game in April in a point forward role. Tatum, on the other hand, is averaging 29 points and 8.5 rebounds in April while the Celtics have won five of their last six.

The only thing holding those two from actually appearing on the ladder is stagnation by way of their teams.

This week, Antetokounmpo holds the honorable mention, slipping in the rankings after missing Milwaukee’s last five games. While the injury shouldn’t last as long as others suffered by MVP candidates, it’s still a shame to see “The Greek Freak’s” season come to a pause just as he and the Bucks were getting into a serious rhythm.

Most impressively, Antetokounmpo put up a 47-point, 12-rebound performance in an 18-point win over the Blazers, his last game before injury. Once Antetokounmpo returns, look for him to make a serious run in the MVP race across the final weeks of the season.

Now that rosters are relatively set for the playoffs, teams have around 20 games left to change their seeding fates. Be sure to stay tuned to Basketball Insiders to see how the MVP landscape continues to evolve in the coming weeks.